The U.S. and Japan After the INF Treaty

Ankit Panda is an adjunct senior fellow at the Federation of American Scientists, where he specializes in defense and security topics in the Asia-Pacific region. Panda participated in the Sasakawa USA 2019-2020 In-Depth Alumni Research Trip to Japan. In this paper, Panda explores the history of the Intermediate-Range Nuclear Forces (INF) Treaty, the United States’ decision to withdraw, capabilities, concerns, and implications for the U.S.-Japan alliance for the post-INF era.

Read: “The U.S. and Japan After the INF Treaty” 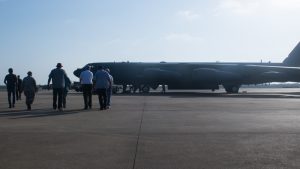 Are American ground-launched missiles realistically deployable in Japan? And if so, what kinds of missiles and under what conditions? These are the questions that have quickly risen to the top of strategic and bureaucratic debates in Japan – a response to the quick demise of the INF Treaty under the Trump administration. The treaty’s end opens up new conventional deterrence options for consideration by the U.S.-Japan alliance. While the introduction of missiles is unlikely to occur anytime soon for the simple fact that post-INF American missiles don’t exist just yet, Tokyo is fully expecting that Washington will open consultations on the matter as early as the end of 2019 or in early 2020.

Ankit Panda is an adjunct senior fellow at the Federation of American Scientists, where he specializes in defense and security topics in the Asia-Pacific region. He is also a Senior Editor at The Diplomat, an online magazine on Asia-Pacific affairs, and a Columnist for the South China Morning Post.

Panda is an award-winning writer and a frequently cited analyst on geopolitical and security issues in the Asia-Pacific. His writing has appeared in The Diplomat, The Atlantic, The Daily Beast, Politico Magazine, and War on the Rocks, among other publications. His analysis has been cited by the New York Times, Reuters, the Associated Press, the Washington Post, the Financial Times, the Wall Street Journal, and other major newspapers and news agencies. He hosts a popular podcast on geopolitics in Asia for The Diplomat.

In recent years, Panda has reported exclusively on major developments in nuclear and conventional force development in North Korea, China, Russia, India, and Pakistan. He is a contributor to the International Institute for Strategic Studies’ Asia-Pacific Regional Security Assessment and Strategic Survey, and the author of multiple journal articles, reports, and book chapters on topics in security and geopolitics in the Asia-Pacific. Panda is additionally a frequent participant in track-two dialogues and consults for a range of private and public organizations. Panda is a graduate of the Woodrow Wilson School of Public and International Affairs at Princeton University. He lives in New York City.

Panda is an alumnus of the German Marshall Fund’s Young Strategist’s Forum’s 2018 delegation to Japan. The program is held in partnership with The Sasakawa Peace Foundation. Follow him on Twitter at @nktpnd.

Featured Image Photo Caption: Members of the 2nd Bomb Wing treaty office, and Treaty Compliance Officers from around the Air Force as well members from Defence Threat Reduction Agency, higher Air Force and Air Force Global Strike Command walk towards a B-52H Stratofortress during a New Strategic Arms Reduction Treaty Workshop tour at Barksdale Air Force Base, Louisiana, August 21, 2019. The tour was to show how the 2nd Bomb Wing complies with the New START Treaty and what would be shown if Barksdale was chosen for an inspection. (U.S. Air Force photo by Senior Airman Stuart Bright)