The North Korean Nuclear Test and the US-Japan Alliance

This article, “The North Korean Nuclear Test and the US-Japan Alliance,” originally was published in The Diplomat on January 24, 2016. 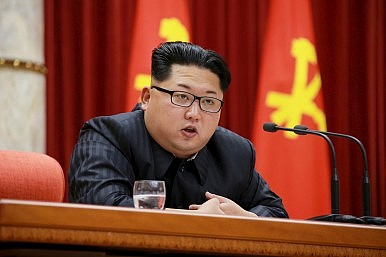 Just what kind of a weapon detonated in North Korea on January 6? Scientists and intelligence specialists are working hard to find the answer. It will be important to understand in detail the ability of North Korean scientists to build a two-stage thermonuclear bomb, but we do not have to wait to work out some of the policy implications of the event for the U.S.-Japan alliance, the U.S.-South Korea alliance, and the trilateral relationship.

Immediate commentary predictably chewed over the old argument of whether the United States could have prevented North Korean nuclear weapons development, by its own actions or by persuading China to do so. While it is possible to recommend alternative diplomatic strategies or stronger military postures, no experienced observer has put forward a comprehensive approach that stands any better chance of success in slowing the program than those that have been attempted in the past.

The development of an effective thermonuclear bomb will not change the fundamental military and geopolitical balance on the Korean Peninsula. It would be suicidal for the Kim regime to initiate either a major conventional attack across the DMZ or to use any kind of weapon of mass destruction against the Republic of Korea, Japan or the United States. It is important for the United States to make an authoritative statement that emphasizes the military realities: 1) a major conventional attack would be defeated by combined forces of the Republic of Korea and the United States and 2) a WMD attack would be met with a devastating retaliatory nuclear strike by the United States. Both alternatives would result in the end of the Kim regime.

The development of an effective thermonuclear bomb will not change the fundamental military and geopolitical balance on the Korean Peninsula… Regardless, North Korea’s growing nuclear capability does impact the region.

Regardless, North Korea’s growing nuclear capability does impact the region. Imagine the political-military effect during the final stage of a major conventional war on the Peninsula. With its conventional forces shattered, and the combined forces of the Republic of Korea and the United States and other units of the UN command converging on Pyongyang, Kim Jong-un would have little to lose by threatening and then detonating a nuclear weapon. Those around the leader would have a great deal to lose and would attempt to restrain, depose or betray him. North Korea’s nuclear weapons make ending a war on the Korean Peninsula more dangerous and difficult.

The United States, Japan and Korea must reassess whether American extended deterrence in East Asia is still strong, or whether additional measures are needed.

Economic sanctions have been cited in both official pronouncements and press commentaries. However, without key regional partners cooperating in a new sanctions regime, the result would be a damp squib. China continues to believe that increasing economic pressure on North Korea will be neither effective or in its own interest. However, it is in line with China’s policy and its interests to crack down on exports of military technology from North Korea, and on future imports of military or dual-use technology. The United States and Japan expect China, as a “responsible stakeholder” in the region, to work towards regional stability, not thwart it. North Korea’s actions provide an opportunity for strong international cooperation on this issue. In addition, unilateral American actions against North Korean financial transactions have been effective in the past, and trilateral – U.S., Japanese and Korean – financial sanctions would be even more damaging. Both these measures – tighter enforcement of existing sanctions and additional financial sanctions – hurt the Kim clan without affecting ordinary Koreans.

While participating in a series of policies for dealing with North Korea, Japan also must try to recover its citizens who have been abducted by the Kim regime. This humanitarian issue should be handled separately from sanctions and other international forms of pressure on the nuclear issue.

The United States, Korea and Japan should take coordinated action that includes increasing financial sanctions on North Korea and reassessing the extended deterrence strategy to address its latest provocative action. Even if the North Korean nuclear program is not reversed, the penalties for pursuing it must be increased.

This article, “The North Korean Nuclear Test and the US-Japan Alliance,” originally was published in The Diplomat on January 24, 2016. 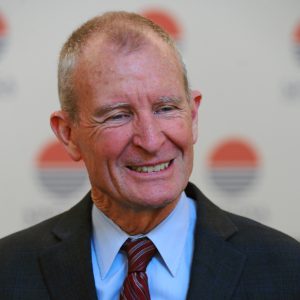 Admiral Dennis C. Blair is the Chairman of the Board and CEO at Sasakawa USA and a renowned expert on Asia Pacific policy and issues. He also serves as a member of the Energy Security Leadership Council and the Aspen Homeland Security Council; and he is on the boards of Freedom House, the National Bureau of Asian Research and the National Committee on US-China Relations. He additionally has served as Director of National Intelligence and Commander in Chief of the U.S. Pacific Command. Read Blair’s Chairman’s Message column here or view more of his commentary and analysis here. 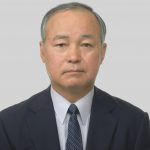 Lt. Gen. Masayuki Hironaka (Ret.) is the Fellow for the Security and Foreign Affairs Program at Sasakawa USA. He is also a senior adviser at ITOCHU Corporation, a general trading company, and a senior fellow at the Rebuild Japan Initiative Foundation (RJIF). Prior to his retirement in 2014, he was the commander of Air Training Command with the Japan Air Self-Defense Force (JASDF). Contact him at