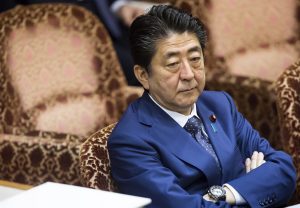 Prime Minister Abe Shinzō’s Abenomics program, an ambitious, wide-reaching policy agenda intended to revive Japan’s long-stagnant economy, has been an important component of his legacy since returning to the premiership in 2012. While subject to much debate regarding its merits and demerits, Abenomics has changed Japan in important ways, not just by pushing up prices and spurring one of the longest economic booms in postwar history, but also by showing how institutional reforms have enabled an activist prime minister to create new policies. At the same time, Abenomics has had controversial distributional consequences, and the unfinished work of structural reform has highlighted the limits facing Japan’s supercharged executive. Whoever succeeds Abe will have to grapple with these issues.

This paper is the first section in a series called “Understanding Abenomics,” which will explore the intellectual and institutional drivers of Abenomics; what the Abe government has achieved in monetary, fiscal, and industrial and microeconomic policy; and the debates surrounding what Abenomics has achieved and what economic policy will look like after Abenomics.

This paper examines Abe’s personal beliefs about economic policy, arguing that while Abe has often been seen as having taken little interest in economics, his economic policy instincts are consistent with his broader commitment to conservative “National Greatness” politics, and draw upon a rich intellectual vein to make the case for state-led economic revival.

Read “The Intellectual Origins of Abenomics.”