This article originally was published in The National Interest. Read it here. 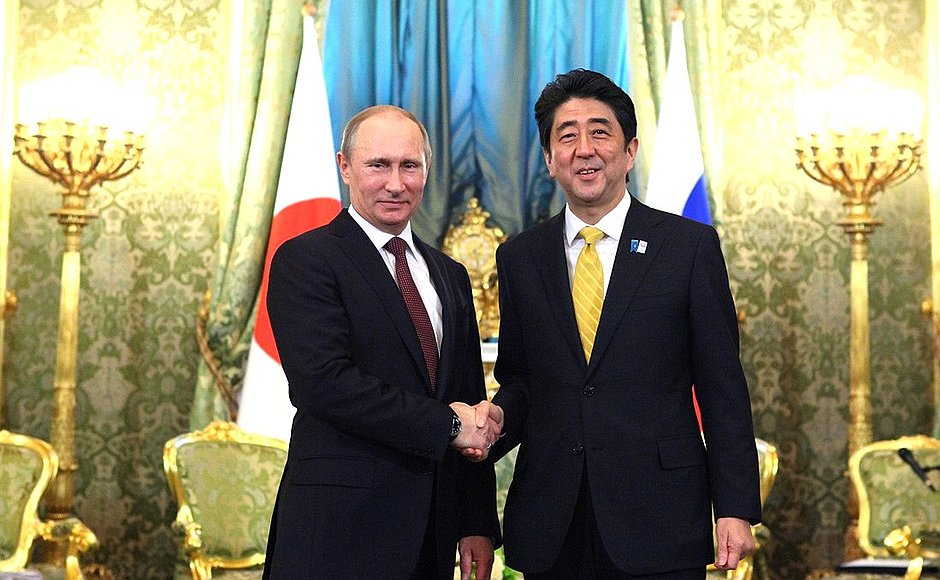 Russian President Vladimir Putin and Japanese Prime Minister Shinzo Abe meet at the Kremlin in April 2013, one of 15 such meetings the leaders have held in four years.

The ultimate goal of the prime minister is to forge, at long last, a bilateral peace treaty formally ending World War II, something that has eluded the two sides due to a dispute over the sovereignty of four islands north of Japan that the Red Army seized two weeks after the war ended. While the task is formidable, if the two leaders can resolve the territorial dispute, the path to a peace treaty will have been cleared.

Were this a sumo match, this would be the first time since Mr. Putin returned to power that Tokyo had a wrestler both heavy enough and firmly resolved to fight Moscow. A Japanese premier who stays in office only for a year or two would never be able to enter the ring. Shinzo Abe himself, nearly four years in office, with political muscle accrued over that period and a determination to overcome even the biggest opponent, is the first and most important new factor in helping break the long stalemate between the two sides.

The second new factor is that Shinzo Abe has incentivized Vladimir Putin to enter the ring. Based on the Russian President’s most recent annual “state of the union” address to the Russian parliament, Tokyo developed an eight-point plan for promoting bilateral cooperation.

[perfectpullquote align=”full” cite=”” link=”” color=”” class=”” size=””] Never before in Japan’s modern history has she been sandwiched between the “bear” to the north and the “dragon” to the south when both countries were powerful at the same time… In this unstable regional context, it makes more strategic sense than at any time for Japan to forge a peace treaty with Russia.   [/perfectpullquote]

At the top of the list are proposals to help improve Russia’s health care and its urban infrastructure—areas that Mr. Putin often talks about because they are such a major concern to ordinary Russians. Mr. Putin let it be known to the Russian public that he is greatly appreciative of the Japanese proposal, as it is salable in Russia’s domestic context. They are also areas in which Japan’s private sector is interested in investing and helping design and develop.

The third new factor contributing to possible bilateral progress is the narrowed strategic space that Japan now has. Never before in Japan’s modern history has she been sandwiched between the “bear” to the north and the “dragon” to the south when both countries were powerful at the same time. Both nuclear powers, the former remains keen on rebuilding its military prowess while the latter seeks to expand its maritime dominance at a pace hitherto unseen. Moreover, North Korea, another nuclear power, continues to ratchet up tensions in Northeast Asia by testing its nuclear weapons and the missiles that could deliver them. In this unstable regional context, it makes more strategic sense than at any time for Japan to forge a peace treaty with Russia.

The ring has thus been set. Messrs. Putin and Abe will have their longest engagement ever on December 15, and it will attract attention from around the world.

Yet, Prime Minister Abe faces a greater challenge than President Putin. Brexit, a weakened Europe, the political vacuum unavoidable in the U.S. as it goes through its presidential transition, the calmer commodity markets, and the Russian fait accompli in Crimea and Syria, all work in Vladimir Putin’s favor.

[perfectpullquote align=”left” cite=”” link=”” color=”” class=”” size=””] Shinzo Abe has arguably become Japan’s most seasoned diplomat on Japan-Russia relations. As such, he is fully aware that the likelihood of concluding a final deal with Mr. Putin on December 15 is highly remote.   [/perfectpullquote]

Shinzo Abe, by comparison, must strike a delicate balance between his unwavering support for a rules-based international order and the task of convincing the West’s “public enemy number one” how important it is for Russia to work with Japan.

What are the indications, if any, that this time chances of a positive outcome are greater than before? First, it was Mr. Putin himself who initiated the dialogue with Mr. Abe. Second, the two leaders have already met fifteen times—with almost as many tête-à-têtes—in less than four years, indicating that Mr. Putin views Mr. Abe as a formidable counterpart. Third, and most important, Prime Minister Abe takes a realistic rather than optimistic view of the whole process and the actual chance of success.

Shinzo Abe began his political career in the early 1980s as a secretary to his own father, then-Foreign Minister Shintaro Abe. Later in the decade, the president of the Soviet Union, Mikhail Gorbachev, made numerous overtures to the West, leading Foreign Minister Abe to believe that Japan’s long-held dream of getting back the four islands might be possible. As a result, the elder Abe devoted himself whole-heartedly to reaching an agreement with Moscow.

A young Shinzo Abe bore witness to his father’s fervent efforts: even after Shintaro Abe’s health deteriorated seriously and he was confined to a hospital, he put on a padded jacket to conceal his extreme weight loss and rose from his bed to meet the visiting Russian leader. That was Shintaro Abe’s last public appearance before his death; his determination to reach an agreement with the Soviets proved fruitless.

In the 30 years since witnessing that encounter, Shinzo Abe has arguably become Japan’s most seasoned diplomat on Japan-Russia relations. As such, he is fully aware that the likelihood of concluding a final deal with Mr. Putin on December 15 is highly remote. Yet, it is that very awareness that has propelled Mr. Abe to seek a settlement of this interminable problem. “If not us, who? If not now, when?” must be the questions the prime minister asks himself each day.

A sumo metaphor does not apply here since final resolution will likely take a long time. Yet Shinzo Abe knows that his summit with Vladimir Putin will determine whether that period can be abbreviated. 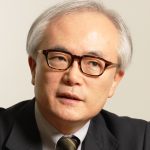 Tomohiko Taniguchi is a distinguished non-resident fellow at Sasakawa USA, a special advisor to Prime Minister Shinzo Abe’s cabinet, and a professor at Keio University. He previously worked as a journalist for twenty years and additionally has served with the Ministry of Foreign Affairs. Taniguchi holds an LL.B. from the University of Tokyo, has authored or co-authored more than ten books on international affairs, and has shared his expertise hundreds of times while appearing on media outlets including BBC, Al-Jazeera English, and CNN. He operates from his home base in Tokyo. He can be reached via email at . View more of his research and analysis here. 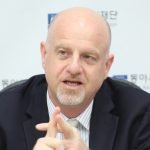 Daniel Bob is the Director of Programs and Senior Fellow at Sasakawa USA, specializing in topics including Congress and foreign policy; U.S. policy toward Asia; U.S.-Japan diplomatic, economic, and security relations; U.S.-ROK relations; U.S.-Pacific Islands relations; U.S.-ASEAN relations; APEC, trade, and the Trans-Pacific Partnership; and U.S.-China trade and economic relations. He can be reached via email at . View more of his research and analysis here.