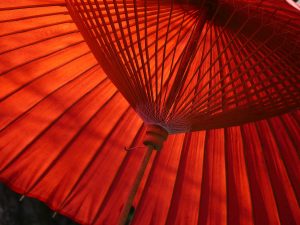 Japan must reassess the appropriate supply-demand balance of its plutonium stocks upon completion of its new energy plan. Japan has about 47 tons of separated plutonium onshore and stored in France and Great Britain for reprocessing into commercial fuel with a small amount reserved for research purposes.

According to reports in the Japanese press, the United States recently reiterated that Japan appropriately use and control its plutonium stockpile. This position is not new but part of a long-standing effort to minimize stockpiles of fissile materials around the world to reduce nuclear proliferation risks. As Japan’s stockpiles increased, the United States has reminded Japan, as the only non-nuclear weapons nation with a civilian reprocessing program, it has a special obligation to do so in a transparent manner.

Japan has an exemplary record safeguarding its stockpiles and adheres to the International Atomic Energy Agency’s Guidelines on Plutonium Management. However, it is increasingly unclear whether it will be able to use enough reprocessed commercial fuel to expend its stored plutonium. Japan postponed once again – this time until 2021 — the completion of the Rokkasho Reprocessing Plant. If completed, Rokkasho would be able to reprocess eight tons of plutonium annually into fuel.

Japan has restarted only a handful of the pre-2011 nuclear power plants, not all of which can even use reprocessed fuel. There are no Japanese fast breeder reactors, originally seen as the main customer for the plutonium, on the horizon. As a result, Japan needs to rethink its plutonium management strategy to take steps to reduce and stop expansion of its stocks, and to research alternative means of disposal including new advanced reactors.

Japan has been a stalwart supporter of the global nuclear non-proliferation regime. Yet a combination of past policy decisions and technical delays at the Rokkasho Reprocessing Plant have generated this large plutonium stockpile. Japan owes the world a clear explanation of its plans for peaceful use of this nuclear fuel.