The article originally was published in 38 North, a program of the U.S.-Korea Institute at SAIS. View the original posting here. 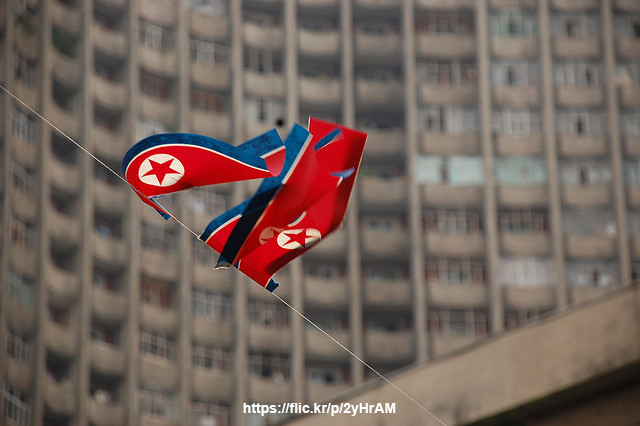 During his Presidential campaign, Donald Trump said that a nuclear-armed Japan might not be a “bad thing” for the United States “because of the threat of North Korea.” In a recent op-ed, Charles Krauthammer seemed to agree, advising the incoming administration to declare that the United States should no longer oppose Japan’s acquisition of nuclear weapons. He argued that “the Chinese have many nightmares, none worse than a nuclear-armed Japan,” and China can “halt” the North Korean nuclear weapons program.

Both are wrong: a nuclear-armed Japan would endanger American—and Japanese—security interests, while only reinforcing North Korea’s determination to keep its nuclear weapons as the key to its survival.

Eliminating North Korea’s nuclear weapons and weapons programs has been the central goal of US policy toward Pyongyang for more than two decades. Yet the DPRK has already developed an arsenal of more than 10 bombs, according to the South Korean Ministry of National Defense. And in his 2017 New Year’s Day message, North Korean leader, Kim Jong Un, claimed that Pyongyang will soon test an intercontinental ballistic missile (ICBM). The very real prospect of the DPRK possessing nuclear-tipped ICBMs capable of reaching the United States in the not-too-distant future presents a threat that we must address.

That said, beyond speculation about Kim Jong Un’s rationality, there is no reason to believe that North Korea’s advances in nuclear-armed missile capabilities will undermine the effectiveness of America’s current policy of deterrence of nuclear attack against the United States and extended deterrence of attack against Japan, South Korea and other allies. Large numbers of American troops in both Japan and South Korea reinforce the US commitment that an attack on either country would meet the same response as an attack on the United States. Theater missile defenses in Northeast Asia, the US national missile defense system and an American nuclear arsenal that dwarfs that of North Korea provide further surety against the DPRK threat.

Still, we must continue to seek the elimination of Pyongyang’s nuclear capabilities because of the threat it poses directly and because of North Korea’s willingness to share its nuclear technology with other countries, such as Syria. Unfortunately, as many have noted, there are no good solutions to the problem—only a choice among bad options. Former Defense Secretary William Perry, who dealt with the 1994 nuclear crisis with North Korea that almost led to war, has offered what is arguably a least bad option: initially pursue an agreement with the DPRK to diminish the threat its nuclear weapons pose, and then build upon such an accord to seek their elimination.[1]

Krauthammer’s suggestion that the United States suspend its opposition to a nuclear Japan, on the other hand, would have little chance of success in eradicating North Korea’s nuclear weapons. While such a policy change would increase pressure on the Chinese to persuade North Korea to reduce its arsenal, it would simultaneously intensify the Kim regime’s determination to keep or increase it to stay in power. Pyongyang has repeatedly proven resistant to outside pressure when it believes its security is at stake. Indeed, following Mr. Krauthammer’s advice could spark a destabilizing nuclear arms race in East Asia that would pose a range of new threats to American and regional security.

Japan’s public and its leaders understand that choosing to go nuclear would actually reduce the country’s security. It would undermine the country’s vital alliance with the United States and likely provoke South Korea, America’s other key alliance partner in East Asia (which has also rejected nuclear weapons despite having the technical capability), to follow suit.

Despite gaining the capability of developing nuclear weapons decades back, and despite an increasingly complicated security environment, Japan long ago rejected the idea of going nuclear. The country has held fast to that decision ever since. In the aftermath of China’s successful test of a nuclear weapon in 1964, Japan closely reviewed how best to respond, including whether to develop its own nuclear arsenal. Tokyo concluded that choosing that path would be far less effective than a US guarantee of extended nuclear deterrence, which President Johnson affirmed for Japan in 1966 and every president since has reaffirmed.

In 1995, when the international community reviewed the nuclear non-proliferation treaty (NPT) for unconditional, indefinite extension, the Japan Defense Agency completed another assessment on the wisdom of developing nuclear weapons, including under a worst-case scenario in which both the US-Japan alliance and the NPT collapsed. Even under those circumstances, the report concluded, if Japan chose a nuclear path:

It would more likely undermine the basis of its own survival. Only in a case where destitution reaches a stage where the exchange of damage with an opponent is not a concern any more, would the geopolitical vulnerability of Japan make the nuclear option a possibility. This, however, is a case where a condition becomes its own goal, and is not worthy of consideration.

That report reflected the consensus view among Japanese security and foreign policy leaders—a consensus that continues to this day. The Japanese public, moreover, has consistently and overwhelmingly opposed nuclear weapons. In a 1999 Gallup poll, for example, 90 percent of the public agreed that, “there was no need for Japan to possess an atomic bomb in the future.” Last year, despite increased threats from both North Korea and China, a Genron NPO poll found that only five percent of Japanese answered affirmatively when asked, “Should Japan possess nuclear weapons?”[2]

Japan’s public and its leaders understand that choosing to go nuclear would actually reduce the country’s security. It would undermine the country’s vital alliance with the United States and likely provoke South Korea, America’s other key alliance partner in East Asia (which has also rejected nuclear weapons despite having the technical capability), to follow suit. However, 59 percent of Koreans gave a positive answer when asked, “Should South Korea possess nuclear weapons?” according to the same Genron NPO survey cited above. Given their ongoing distrust of Japan, Koreans would almost certainly view their neighbor—if armed with nuclear weapons and unmoored from its alliance with Washington—as a threat, generating even more support for developing a nuclear arsenal. If Japan and South Korea joined the nuclear club, China could be expected to respond by increasing its own store of nuclear bombs, while other states in the region would feel less constrained by their NPT obligations.

The likely result would be the end of both the US-led alliance system in Asia, which has been so successful in advancing US and regional interests, and the NPT, which stands as the world’s most important and successful arms limitation treaty. Within East Asia, historical animosities still afflict Japan’s interactions with South Korea and China; territorial disputes undermine Japan’s relations with China, Korea and Russia as well as China’s relations with Vietnam, the Philippines, Malaysia, Brunei and Vietnam; internal conflicts linger in Thailand, Myanmar, the Philippines and Indonesia; and a number of autocratic regimes and democracies alike face instability. The proliferation of nuclear weapons would not only increase the chance of catastrophic war in the context of regional tensions, but also of loose nukes falling into the wrong hands.

Currently, nine countries possess nuclear weapons, a smaller number of states with nuclear weapons or nuclear weapons programs than at any time in more than half a century. At that time, President Kennedy articulated the case against proliferation, which still rings true today:

I ask you to stop and think for a moment what it would mean to have nuclear weapons in so many hands, in the hands of countries large and small, stable and unstable, responsible and irresponsible, scattered throughout the world. There would be no rest for anyone then, no stability, no real security, and no chance of effective disarmament. There would only be the increased chance of accidental war, and an increased necessity for the great powers to involve themselves in what otherwise would be local conflicts.

Krauthammer’s suggestion that the US use the threat of Japan going nuclear to compel China to force North Korea to give up its nuclear weapons would almost certainly fail. President Trump’s view that a nuclear-armed Japan might somehow benefit the United States is highly unlikely. Instead, a nuclear-armed Japan, North Korea’s sworn enemy, would reinforce Pyongyang’s view that its nuclear weapons are the key to its survival while sparking an East Asian nuclear arms race that would undermine the US alliance system in Asia, destroy the global nuclear nonproliferation regime and pose a range of new threats to American and regional security.

[1] In Perry’s view, which he articulated in The Washington Post in early January, “Today a war would be no less than catastrophic [than 1994], possibly destroying the societies of both Koreas as well as causing large casualties in the U.S. military.” To avoid one, he suggests we squarely face reality: “The most we can reasonably expect today is an agreement that lowers the dangers of that arsenal. The goals would be an agreement with Pyongyang to not export nuclear technology, to conduct no further nuclear testing and to conduct no further ICBM testing. These goals are worth achieving and, if we succeed, could be the basis for a later discussion of a non-nuclear Korean peninsula. These objectives are far less than we would desire but are based on my belief that we should deal with North Korea as it is, not as we wish it to be.” William J. Perry, “To confront North Korea, talk first and get tough later,” Washington Post, January 6, 2017. [2] Genron NPO, “The Genron NPO Poll 2016: The Future of Northeast Asia and Public Opinions,” p. 33.