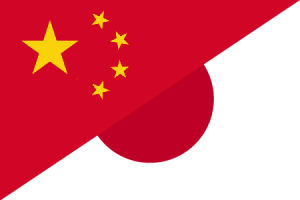 Are Japan-China relations beginning to improve? Recent developments have led some observers to conclude that is the case, but the future of bilateral relations remains hazy. The G20 Leaders Summit in Germany this week will likely provide an important indication of where the relationship is headed over the near- to medium-term.

Optimists point to several events and statements that seem to augur well for improved Japan-China relations. For example, a high-level Japanese delegation led by Toshihiro Nikai, the Secretary General of the ruling Liberal Democratic Party, visited China in mid-May and delivered a personal letter from Prime Minister Shinzo Abe to President Xi Jinping. The letter reportedly focused on working more closely with China on North Korea’s denuclearization and on the potential for Japan’s cooperation with the One Belt One Road (OBOR) initiative, a series of ambitious infrastructure projects designed to link China more closely to the rest of Asia, the Middle East, Africa and Europe.

At the end of May, China’s top diplomat and one of the country’s five State Councilors, Yang Jiechi, visited Tokyo for discussions with Prime Minister Abe, Foreign Minister Fumio Kishida and National Security Advisor Shotaro Yachi. The Yang-Yachi meeting lasted five hours and, according to news reports, included discussions about scheduling bilateral summit meetings between the leaders of the two countries going forward.

The prime minister followed with a speech on June 5 in which he adopted a somewhat more positive tone toward the OBOR initiative, calling it a “landmark” development and offering cooperation. However, in that speech, he also noted the need for transparency and fairness before moving ahead with Japanese cooperation.

Click here to read more in The National Interest.