Chutzpah meets Monozukuri: A Look at the Japanese-Israeli Cyber Relationship

Dani Charles, CEO and co-founder of Charles Bernard Ventures, and a fellow in New America’s Cybersecurity Initiative, participated in the Sasakawa USA 2018-2019 In-Depth Alumni Research Trip to Japan. In this paper, Charles outlines the relationship between Japan and Israel, particularly in how it relates to cyber, innovation, and technology, and recommends avenues in which the United States can extend its role as a supporter in the relationship. 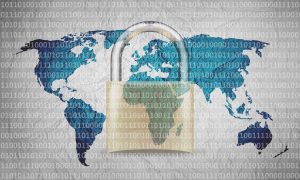 Image by Tumisu from Pixabay

This paper examines the changing ties between Japan and Israel, with a particular focus on the expanding Japanese-Israeli cyber relationship, the opportunities and challenges associated with this expanding relationship, and the role the United States can play in furthering this relationship. The findings of this paper are the product of extensive research as well as discussions with a wide-range of experts, both in-person and remotely, in Washington D.C., San Francisco, Tel Aviv, and Tokyo.

The paper’s title incapsulates two key cultural markers for Israeli and Japanese society. Chutzpah–which in Yiddish loosely translates to a combination of audacity, brashness, and brazenness–is a perfect descriptor for Israeli society. These characteristics have driven Israeli innovation, and helped position it as the so-called Start-Up Nation, boasting the largest number of start-ups per capita in the world.[1] Monozukuri roughly translates to making things, but more generally refers to Japan’s excellence in manufacturing. It is a perfect descriptor for the discipline, dedication, and attention to detail that is a hallmark of Japanese society, and the reason why Japanese companies like Mitsubishi, Honda, Toyota, and others have become synonymous with dependability and reliability.

These characteristics inform both the challenges and opportunities for an expanded relationship in cyber. As this paper highlights, Israel and Japan are vastly different countries, with drastically different approaches to cyber as well as vastly different cultures of innovation and business. While these differences can be viewed as a challenge to expanded ties in cyber, they should also be viewed as an opportunity, as the two countries and their respective governments, populations, and businesses have complementary skills and capabilities. Take Israeli innovation and combine it with Japanese attention to detail (put differently, combine Israeli chutzpah with Japanese monozukuri), and it could lead to unparalleled capabilities not only in cyber but also in other emerging technical domains.

To that end, this paper will detail the history of the Japanese-Israeli relationship, and will highlight the expansion of government-to-government (G2G) and business-to-business (B2B) ties in the last half-decade, with a particular focus on those pertaining to cyber, innovation, and technology. Next, the paper, will present the challenges facing these ties, key among them the Tel Aviv-Tokyo Divide and Israel’s relationship with China. Finally, the paper will discuss the possible U.S. role and interests in helping to further expand the relationship, and will offer a number of recommendations to include:

Dani Charles is the CEO and co-founder of Charles Bernard Ventures, and a fellow in New America’s Cybersecurity Initiative. Charles was a delegate in the 2017 Sasakawa USA–Center for a New American Security (CNAS) SEED (Sasakawa USA Emerging Experts Delegation) program and selected for a 2018 Sasakawa USA Alumni Research Trip.

Charles previously co-taught a graduate-level cyber 101 workshop at Georgetown University’s Security Studies Program, and was also previously a National Security Fellow at the Foundation for Defense of Democracy. He has spoken publicly on cyber issues in a number of capacities, including as a guest speaker at the Commonwealth of Virginia’s Veterans Cyber Initiative, and as a panelist at the American Society of Travel Agent’s Premium Business Summit as well as its Global Convention.