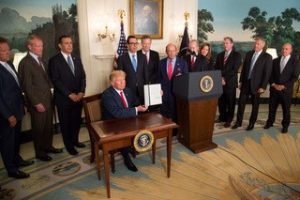 For too long, the United States has treated China as a developing nation to be coaxed and lectured, while tolerating its bad behavior as merely growing pains. There has been an expectation that as China’s economy matures, it will of its own accord adopt international standards in commerce, including protection for intellectual property. There has also been a tendency to excuse mercantilist behavior, including industrial espionage, as a passing phase, and to justify inaction as necessary to secure Chinese cooperation on other, supposedly more important, issues.

Chinese companies, with the encouragement of official Chinese policy and often the active participation of government personnel, have been pillaging the intellectual property of American companies. All together, intellectual-property theft costs America up to $600 billion a year, the greatest transfer of wealth in history. China accounts for most of that loss.

Keith Alexander is a former commander of the United States Cyber Command and a former director of the National Security Agency.