This article originally was published in The National Interest on February 1, 2017. 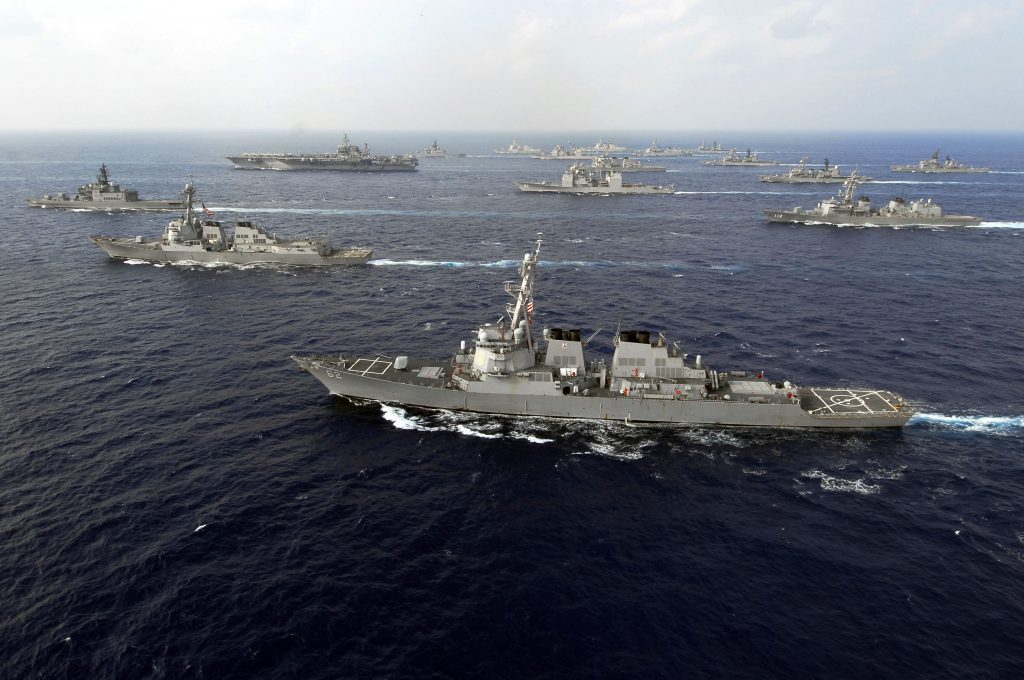 The inauguration of Donald Trump has put many countries on alert given the uncertainty his administration brings. In Japan, this has taken on a fever pitch. This is because, despite widespread agreement that the past few years represent the strongest the alliance has ever been, Trump spent the bulk of his presidential campaign challenging this narrative. He rekindled the Japan-bashing rhetoric of the 1980s by portraying Japan as a free rider in both the economic and security realms. He openly questioned whether the United States should keep its troops in Japan if Tokyo does not increase its financial contributions to the alliance. In a surprising broadside to Japan’s nuclear-sensitive public and nonproliferation advocates alike, he even encouraged Japan to develop nuclear weapons as a way to deal with North Korea.

No doubt there are challenges associated with a Trump administration. Arguably, given his campaign rhetoric, his administration poses more serious challenges to the alliance than any other incoming administration in recent history. None of these are trivial. All of them carry the potential to dramatically reshape the alliance—and the Asia-Pacific—should they play out.

The first is the challenge that comes with reduced U.S. regional engagement. If Trump sticks to his isolationist proclivities, then they will result in reduced U.S. engagement in the Asia-Pacific region. This, in turn, will be destabilizing, as it leaves the strategic space for regional challengers like China, North Korea and Russia to act. Such reduced U.S. engagement will be viewed in Tokyo with much trepidation and lead to grave doubt about U.S. reliability to underwrite regional security. This could lead to fundamental questions concerning Japan’s own national security and force Tokyo to consider a world where the United States no longer actively undergirds regional security. Facing a region susceptible to nineteenth-century dynamics, Japan would find itself in the uncomfortable position of having to play great-power politics. Security dilemmas, arms races and a destabilized Asia-Pacific would soon follow.

[perfectpullquote align=”full” cite=”” link=”” color=”” class=”” size=””]It is constructive for the alliance to begin a concerted dialogue of potential opportunities that the Trump administration offers to U.S.-Japan relations.[/perfectpullquote]

Even if the United States remains engaged, a second challenge is the uncertainty surrounding how it will engage. Whether it be talking to Taiwan’s president or expressing an affinity for Russia, Trump has demonstrated his propensity for the unexpected while keeping seasoned foreign-policy practitioners scratching their heads on the consequences for U.S. diplomacy. Assuming he is likely to continue this behavior, the specter of a “Trump Shock” on par with the Nixon Shock will loom over Tokyo. The alliance functions best when the two countries are in sync and policies are predictable. Without a clear U.S. foreign policy that is consistent and coherent, Japanese foreign policy will operate under assumptions that are possibly no longer relevant. Clarity and coherence are necessary for Japan and the United States to work effectively together in regional affairs. Unmoored from predictability, forging common efforts to support regional peace and prosperity will be difficult.

A third challenge is the most fundamental. Will the United States remain committed to the alliance? From the Japanese perspective, Trump’s campaign rhetoric cast uncertainty over the alliance. This has been characterized as severe lack of knowledge on one of the spectrum, and disdain for Japan on the other. The result, however, is the same: deep anxieties in Tokyo. Alliance managers in Tokyo are forced to ask themselves fundamental questions regarding Japan’s security. Will the alliance endure? If it does, in what form? Are the Senkaku Islands still covered by Article 5 of the Security Treaty? Will a fundamental restructuring of burden sharing be necessary? What will become of U.S. nuclear deterrence commitments to Japan? If Japan is forced to consider the alliance’s survival, it naturally leads to issues that alliance managers in neither country are ready to discuss. This includes Japan’s unilateral military buildup, seeking alliance ties with other nation-states or, as Trump suggested, the pursuit of nuclear weapons. All of these issues are bound to provoke other regional states to react.

These challenges are significant. This is precisely why analysis of a Trump presidency is negative. But this is not a complete analysis. Like it or not, Trump is president. As such, it is also constructive for the alliance to begin a concerted dialogue of potential opportunities that the Trump administration offers to U.S.-Japan relations.

By far the greatest opportunity is for the two allies to recalibrate their existing responsibilities as security providers. During the campaign, Trump focused on recalibrating “burden sharing” by making Japan pay more. In reality, this is highly unlikely. This fact, however, opens up the possibility for Trump to ask Japan to do more. This should be welcome news to Japan given that Prime Minister Shinzō Abe has advocated that his country play a larger security role and make proactive contributions to peace. With a new president eager to have Japan contribute more to the alliance, and security legislation providing the legal framework to do more, Abe has more freedom to explore new opportunities both regionally and globally. This could mean stepping up Japanese capacity-building efforts in Southeast Asia or pursuing new missions for the country’s Self-Defense Forces in Africa and abroad, such as noncombat logistical support for troops fighting ISIS.

[perfectpullquote align=”left” cite=”” link=”” color=”” class=”” size=””] Negotiations are not a one-way street. Should Trump follow through on his pledge to renegotiate burden sharing with Japan, this opens up an opportunity for Japan to raise the issues it wants to renegotiate as leverage with the United States.   [/perfectpullquote]

A second opportunity is that the allies would have the ability to recalibrate their China policies. Throughout Barack Obama’s administration, Japan and the United States struggled to create a common approach to China. In fact, it is not uncommon to hear Japanese officials question whether the United States views China in the same way. If Trump pursues a harder line vis-à-vis Beijing, along with a military buildup that includes a 350-ship Navy, this would not only reassure Japan that the United States remains committed to its traditional role as guarantor of the liberal order in Asia, but would indicate some level of strategic convergence between Tokyo and Washington, DC on China policy. Together, not only would this allow a recalibration of the allies’ strategic approach to China, but it would counteract the erosion of the U.S. strategic position in East Asia over the past eight years.

A third opportunity is the chance for Japan to take on a greater leadership role. Given Trump’s admiration for strong, nationalist leaders and Abe’s ability to build bonds with strong, nationalist leaders like Indian prime minister Narendra Modi, Turkish president Recep Tayyip Erdogan, or Russian president Vladimir Putin, Abe and Trump may actually get along with one another on a personal level not seen since the Koizumi-Bush era. Close personal ties would benefit the alliance in that the two countries could speak frankly to each other about difficult issues and equally difficult regional leaders. Importantly, with Trump’s proclivity for isolationism, the gap left by U.S. influence in the region provides Abe a golden opportunity to take on a much greater regional leadership role. Given the problems other U.S. allies are experiencing, having a strong, stable leader like Abe with a desire to do more would provide much needed stability, should Trump reduce U.S. regional engagement. In the very least, Abe can help temper some of Trump’s unpredictability by playing the elder statesman in the region—a preview of which we have already seen in his interaction with the Philippines.

A final opportunity is maneuverability in negotiations. Negotiations are not a one-way street. Should Trump follow through on his pledge to renegotiate burden sharing with Japan, this opens up an opportunity for Japan to raise the issues it wants to renegotiate as leverage with the United States. Lingering issues with the Status of Forces Agreement are one example. Another may be the U.S. military footprint on Okinawa Island. Using these issues as leverage is not ideal, but the point is that if Trump chooses to push on equalizing burden sharing with Japan, Tokyo will have the opportunity to broach sensitive topics that sensible alliance handlers have stayed away from in the past. The fact remains, if a new alliance “deal” is sought, then Japan needs to see the Trump administration as an opportunity to seek new terms to issues it wants resolved.

Given the domestic agenda Trump has proposed, it may take months before alliance managers get a better understanding of what he will do vis-à-vis Japan. In the meantime, it is important to remember that President Trump will likely be very different from Candidate Trump. As he steps into the role of president, other actors and events will influence his range of options. This will likely bring his policies closer to what we are used to heretofore, albeit with tweaks. Nevertheless, it is constructive to begin thinking about how President Trump will provide new opportunities for alliance handlers, regardless of whether or not he surrenders to the worst candidate Trump had to offer.