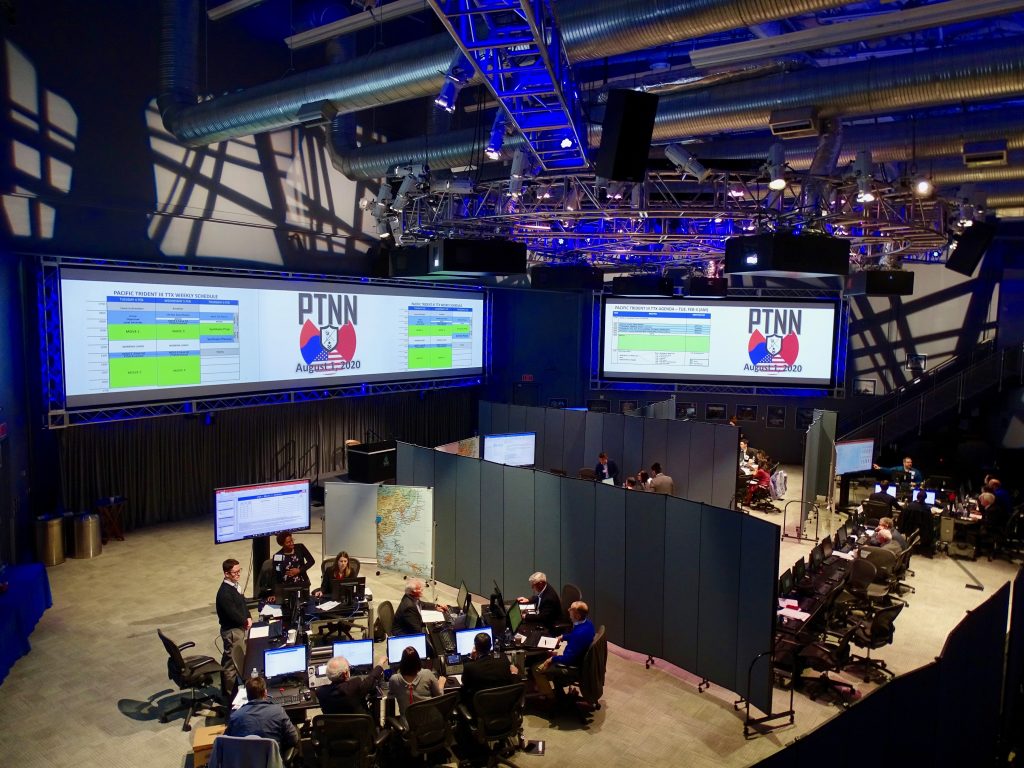 Photo: Game floor of the Lockheed Martin Center for Innovation (“The Lighthouse”) by Sasakawa USA staff.

From February 4-6, 2020, Sasakawa Peace Foundation USA conducted its unclassified Tabletop Exercise (TTX) Pacific Trident III in Suffolk, VA. The exercise was held as part of Sasakawa USA Tabletop Exercises, which brings together policy experts from the United States, Japan, Korea and other countries to examine pressing security issues in East Asia through simulated real-world contingencies. The objective of these exercises have been to strengthen U.S.-Japan alliance coordination mechanisms –and broader multilateral cooperation—in the face of current and future security challenges.

Sasakawa USA thanks the Lockheed Martin Center for Innovation “The Lighthouse” for welcoming us into their sophisticated facility in Suffolk, VA for the third time.

PDF edition: Download your free digital copy of  the report.

Print edition: Request one free physical copy to be mailed to you. Mailings will occur once staff return to the office.

In this TTX, Beijing served as the primary challenger to both the U.S.-Japan and the U.S.-South Korean Alliances, with Pyongyang acting as a willing “co-conspirator.” Beijing’s objectives were to undermine confidence in the U.S. security guarantee among its allies in East Asia and to achieve further territorial gains in the South China Sea. The strategy was to make multiple challenges across the region without provoking conflict. The simulated date at the start of play was August 1, 2020 with the end date as October 2, 2020—just weeks away from the U.S. Presidential Election.

The objectives of the China Team were to (1) expand Chinese influence and authority in East Asia and (2) drive wedges between the United States and its allies. The China Team took aggressive and innovative actions taking advantage of geography, secrecy, and perceived U.S. policy soft points.

To do this, China took unprecedented risks. It offered major, if not complete, security guarantees to North Korea in return for North Korea undertaking provocative military actions. In the South China Sea, it occupied three new features. In the past, China has been much more cautious and restrained than the China Team in this TTX. The China Team was under instructions not to provoke war with the United States, and always left itself a de-escalation path.

If tabletop exercises are to have any value, they must examine future events that are not simply extensions of current situations and policies. It is by considering different potential future developments that the United States and its allies can discover opportunities to enhance the protection of their shared interests and better understand weaknesses in their current policies and limitations to their strategic positions.

China’s Strategy Did Not Work

Contrary to Chinese hopes, the U.S. alliance network in East Asia tightened and strengthened rather than weakening and fraying.

There were individual points of tension, some of them game artificialities, but overall, teams representing the United States, Japan, South Korea, and Taiwan grasped the challenge that China was posing. They formulated restrained responses as they prepared for stronger countermeasures, consulted closely with one another, and took individual interests into account. The Allies and Taiwan, for their part, registered their individual requests with the United States but they also recognized the regional nature of the challenge and were willing to cooperate in response to China. 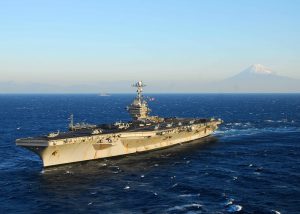 2. Expand Japan’s and South Korea’s mechanisms to consult and coordinate with Taiwan so they resemble the robust connection between the United States and Taiwan. Establish a secure VTC link between the United States and Taiwan that can be used for consultations at all levels and among all national security departments. Ensure that this secure VTC can be expanded to other American strategic partners or allies in the event of crisis or conflict.

3. The United States should consider the merits and risks of adopting a position on conflicting maritime claims in the South China Sea, persuade other countries to support this position, and develop diplomatic strategies as well as military contingency plans based on these positions.

4. The United States should conduct a policy review of its responses to Chinese aggression against occupied or unoccupied features in the South China Sea. While the details of military actions should be classified, the United States should make it clear that treaty obligations would be invoked by aggression, and could under certain circumstances result in military intervention.

5. The United States should conduct a review of its position on the sovereignty over Scarborough Shoal and publicly announce that it recognizes the claim of the Philippines.

6. Planning associated with U.S. military options in support of the TRA should recognize the requirement for a rapid expansion of consultative and cooperative mechanisms with Taipei. There has always been a moral hazard that expanded U.S.-Taiwan joint military planning would encourage provocations from China. Clear guidance about the importance of consultation, but the conditional nature of contingency plans, can provide the same benefits without incurring the hazard.

7. Japan and the United States should refresh a combined diplomatic, economic, and military strategy for Southeast Asia to counter Chinese influence and preserve an independent, prosperous, secure, and peaceful region.

A single TTX cannot provide definitive conclusions, but the overall insight from Pacific Trident III is that the United States, its East Asian allies, and Taiwan have the capacity to deal with aggressive Chinese challenges throughout the region as long as U.S. policy remains flexible.