The results of this exercise was published in a report for the public and for policymakers on December 6, 2018. “Testing the U.S.-Japan and U.S.-ROK Security Alliances” was released that day at a launch event at the Willard InterContinental Hotel in Washington, D.C. 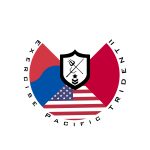 Sasakawa USA hosted a panel discussion and report launch event to announce the release of its report “Testing the U.S.-Japan and U.S.-ROK Security Alliances: Tabletop Exercise Pacific Trident II. The event featured prominent exercise participants from the United States, Japan, and South Korea. A video-recording of the event is available on the Sasakawa USA YouTube channel.