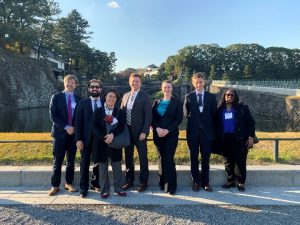 The delegation participated in a study trip to Japan from December 1-7, 2019 to explore how Japan’s foreign policy and overseas development assistance relate to democratization and democratic governance in Asia and beyond. The theme was chosen in the context of growing expectations for Japan to play a global leadership role in sustaining a rules-based international order based on democratic values, and for the U.S.-Japan alliance to work towards the promotion of a “Free and Open Indo-Pacific.” The program also offered pre-trip briefings in Washington, D.C. to introduce the participants to Japanese domestic affairs and Japanese thinking on democracy promotion. For all the participants, this trip was the first time they were able to spend extensive time in Japan.

The trip took the delegation to Tokyo, Kyoto, and Nagoya.

Meetings and Roundtable Discussions in Tokyo 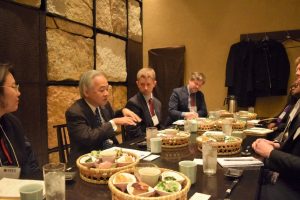 With officials from the Japanese Ministry of Foreign Affairs (MoFA), the delegation discussed Japan’s development assistance to African nations and the Tokyo International Conference on African Development (TICAD), Japan’s role in the United Nations, and MOFA’s work with the Japan International Cooperation Agency (JICA), Japan’s governmental agency coordinating its Official Development Assistance for the government of Japan, and values-based diplomacy writ large. The group also received briefings by MoFA’s Humanitarian Affairs and Gender Mainstreaming Divisions, where participants learned more about Japan’s responses to human rights issues in Southeast Asia and its efforts to promote gender equality globally, such as through the World Assembly for Women (WAW) initiative. 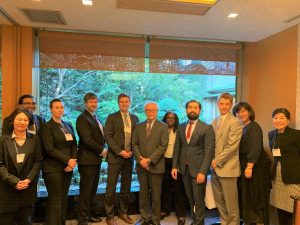 The group also met with current and former representatives of the Cabinet Secretariat and the Prime Minister’s Office. These meetings helped the group understand Japanese views of the challenges in the Indo-Pacific security environment and the importance of a rules-based order and governance in Japan’s Free and Open Indo-Pacific (FOIP) vision. At the same time, the discussions helped identify key differences between U.S. and Japanese approaches. For example, the group noted Japan’s emphasis on education and capacity-building as the foundation to promote democracy in the long-term as compared to the U.S. emphasis on addressing human rights and governance issues of the day. The group also delved into Japan’s unique history, cultural background, and relationships with its neighbors that may explain Japanese approaches. 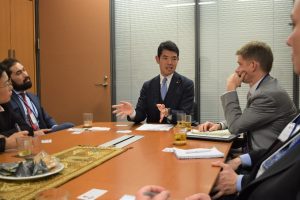 In addition to government meetings, SEED participants met with Japanese Diet members from the House of Representatives, including a member from the ruling Liberal Democratic Party (LDP) and a group of members from the Constitutional Democratic Party (CDP). These representatives described their views of Japanese public opinion and debate around the current geopolitical environment and what Japan’s role should be.

The trip also exposed the group to non-profit and for-profit landscapes through meetings with the Sasakawa Peace Foundation, Amnesty International Japan, Human Rights Now, and the Japan Business Federation (Keidanren). Meetings with non-profit sector leaders provided an opportunity to deepen the delegation’s knowledge of the history and evolution of Japan’s non-profit sector, enquire about the non-profit sector’s views on Japan’s track record in advancing human rights and democratic norms abroad, and explore reasons for Japanese attitudes toward these issues which some perceived were hesitancy or insufficient as a leader of advanced liberal democracies. Regarding the for-profit sector, the delegation learned how corporations are advancing the Sustainable Development Goals (SDGs) abroad, including #16 of promoting peace, justice, and strong institutions through the promotion of Society 5.0.  The group also discussed the revision of the Charter of Corporate Behavior to emphasize business and human rights, and Keidanren’s work with the Japanese government to draft a “National Action Plan on Business and HR.”

Meetings with university professors and media professionals deepened the group’s insights on FOIP and Japan’s values diplomacy; Japan’s relations with countries in the Indo-Pacific; and Chinese, South Korean, and ASEAN attitudes toward Japan; as well as the evolution of public and intra-government human rights discourse. 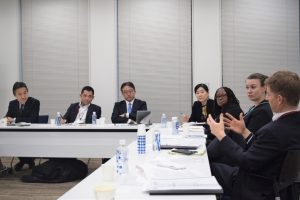 To offer the delegation an opportunity to debrief and reflect on their initial findings after the first couple of days of meetings in Tokyo, Sasakawa USA co-sponsored a roundtable with the Japan Center for International Exchange (JCIE) and the Sasakawa Peace Foundation. The roundtable brought together the SEED delegates with members of the JCIE project, “Expanding Support for Democratic Governance,” led by prominent Japanese scholars and legal professionals. The roundtable covered a wide range of topics including Japan’s potential to respond to global expectations to lead in democracy promotion, possibilities of effective approaches to support countries in transition to democracy including addressing corruption and imposing sanctions, and Japan-China relations in the context of FOIP. 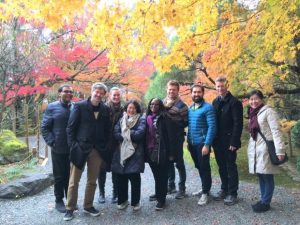 In Kyoto, the group was introduced to traditional Japanese culture through visits to the Nijo Castle, Golden Pavilion (Kinkakuji), and Ryoan-ji (rock garden), among others. The delegation also experienced the nightlife of Kyoto’s famous Gion District and stayed at a Japanese inn (ryokan).

On their way back from Kyoto to Tokyo, the group visited Nagoya University’s Center for Asian Legal Exchange (CALE). The group received a briefing from CALE’s Director on the Center’s main activities and its focus on nurturing legal professionals, which extends to students from countries in Southeast Asia and Central Asia. The meeting highlighted CALE’s efforts to educate international students, including bureaucrats, in these countries on Japanese constitution and laws.

The delegation returned to Tokyo for a final event, which was a roundtable discussion at JICA Research Institute (JICA-RI) to meet with experts from JICA-RI, JICA, and the Global Peacebuilding Association of Japan. Delegates shared their key observations and findings from the week-long trip about Japan’s approaches to democracy promotion, and contributed to an in-depth discussion on the differences between U.S. and Japanese approaches in addressing governance and human rights issues in other countries. They discussed the reasons behind Japan’s tendency to focus on education and building institutions before discussing democracy, and prospects for greater Japanese leadership in promoting democracy abroad (For more information about this session, go to: http://www.gpaj.org/2019/12/06/18570).

The trip resulted in greater understanding among delegation members about Japanese attitudes toward democracy and their approaches to promoting democratic values and governance around the world. The group also deepened their knowledge of how and why they differ from U.S. approaches, and increased their interest in exploring Japan’s potential and willingness to become a “leader of the free world.” As a result, participants came away with greater appreciation for Japan’s historical and cultural background, the country’s relationships with other countries in the Indo-Pacific region, and the state of Japan’s own democracy.

To demonstrate their increased understanding and interest in Japan, participants will share their findings and thoughts from the trip through post-trip publications. The program will also offer them networking opportunities to continue their engagement with U.S.-Japan relations going forward. Sasakawa USA looks forward to sharing their publications and activities in the near future. 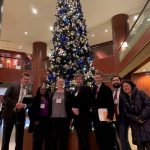 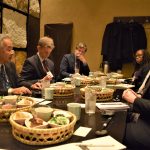 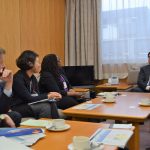 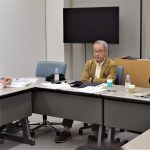 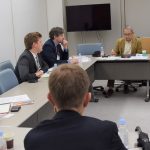 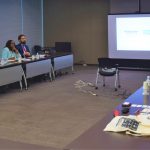 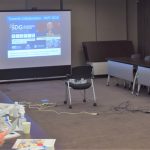 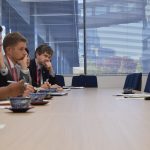 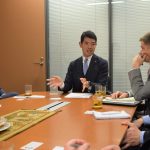 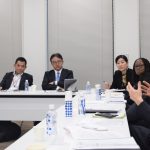 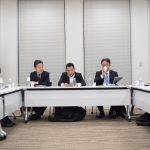 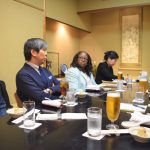 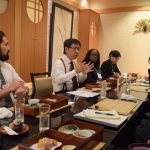 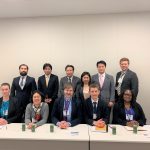 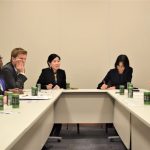 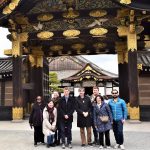 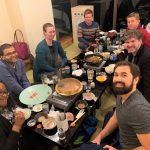 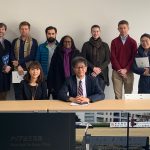 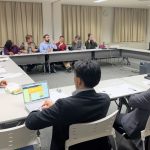