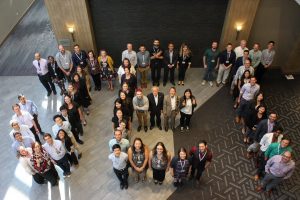 Since the Japan Exchange and Teaching (JET) Program was founded in 1987, more than 36,000 Americans have worked in schools, boards of education, and government offices throughout Japan. Upon their return to the United States, these alumni have contributed their in-depth and nuanced understanding of Japan to enhancing cross-cultural understanding and strengthening U.S.-Japan bilateral relations in their personal and professional lives.

To support American JET alumni and to encourage their involvement in U.S.-Japan relations, Sasakawa USA is pleased to continue its partnership with the U.S. Japan Exchange & Teaching Programme Alumni Association (USJETAA) to offer a competitive mini-grant program vis-à-vis the 19 JET Alumni Associations (JETAAs) chapters and subchapters within the United States. The structure of the competitive grant process will be the same as previous years, with small grants being awarded to at least three JETAAs chapters and subchapters through a competitive selection process. Selected JETAAs will use the grant to either co-host one public or private event for their JET alumni members featuring an influential JET alumnus and/or additional speakers on a topic of relevance to U.S.-Japan relations. USJETAA will competitively select three organizations through an application process together with Sasakawa USA.

This is the fourth year Sasakawa USA and USJETAA have partnered to offer this mini-grant program to JETAA chapters and subchapters. The program is intended to help chapters strengthen the JET alumni network and elevate their leadership role in their local U.S.-Japan community.

The second application cycle is now closed for the 2019-2020 Sasakawa USA/USJETAA Mini-Grant Program for JETAA Chapters & Sub-Chapters. Interested JETAA chapters and sub-chapters may contact USJETAA at with any questions about the application process for next year.

In the fourth year of the program, Sasakawa USA and USJETAA have awarded grants to three JETAA chapters. The selected JETAA chapters are: 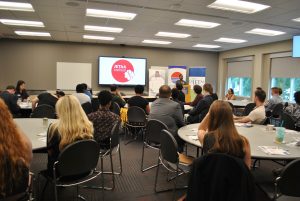 The JETAASE Alabama Sub-chapter held a seminar to inspire students and young professionals in Alabama to think about Japan-related career opportunities within the region. The event, “Opportunities to Strengthen Japan-Alabama Ties: Careers at Japanese Companies and How to Get There” was held at the University of Alabama campus in Tuscaloosa. The program featured discussions on Japanese ties to the State of Alabama, experience of Americans working for a Japanese company in the United States, and opportunities to gain international experience in Japan. Speakers included: Mark B. Jackson, Honorary Consul of Japan in Alabama and CEO and Chairman, Moreson Conferencing; Charleen Butler, Associate Relations Team, Honda Manufacturing of Alabama; Mellissa Takeuchi, Special Assistant, Consulate-General of Japan in Atlanta; Trevin Dye, Assistant Director, Business Development Team, Japan External Trade Organization (JETRO)-Atlanta. The JETAASE Alabama Sub-chapter partnered with the Japan-America Society of Alabama and the University of Alabama to co-host this event. Read a full recap of the event on USJETAA’s website here.

The New England JETAA chapter partnered with the Japan Society of Boston (JSB) to co-host an educational workshop highlighting food as a universal language to build cultural understanding between the United States and Japan. The event, “One Bite at a Time: Building Bridges with Japanese Culinary Arts,” aimed to educate attendees about the history, tradition, and cultural significance of Japanese cuisine as well as how food education can facilitate stronger U.S.-Japan ties. The first half of the workshop featured Debra Samuels, a cookbook author and former contributor to the The Boston Globe. She now leads the program content and curriculum development at Table For Two USA (TFT USA), a non-profit organization that promotes their original program, “Wa-Shokuiku: Learn. Cook. Eat Japanese!”. During her segment, Debra gave a presentation on Japanese cuisine and its historical and cultural influence on U.S.-Japan relations, and then led an interactive workshop teaching attendees how to prepare and eat a healthy, traditional Japanese bento lunch. Attendees learned Japanese concepts such as mottainai (don’t waste) and me de taberu (to eat with your eyes) to remember the importance of not wasting food and that food should be enjoyed visually in addition to its taste and smell. The second half of the workshop featured Alexis Agliano Sanborn (Shimane, 2009-2011), a JET alumni and former member of the TFT USA team. Alexis presented the Boston premiere of her new documentary, “Nourishing Japan,” about kyushoku (Japanese school lunch) and shokuiku (food education in Japan). In the film, Hiroko Ikarashi, Nutrition Instructor in Yamagata Prefecture explained, “Food education is more than just keeping us alive. It’s the root of a healthy life. In 2005, the Food Education Law was passed. Since then, nutritionists across Japan teach elementary students about eating well.” Attendees also had the opportunity to participate in a brief Q&A with Alexis that touched upon the making of the documentary, the politics of food, and some differences between Japanese and American school cafeterias. Approximately 55 people attended this event made of up JET Program alumni, JSB members, and their families. This event was the second collaboration between NEJETAA and JSB, as well as the second time NEJETAA received a grant through the Sasakawa USA/USJETAA mini-grant program. 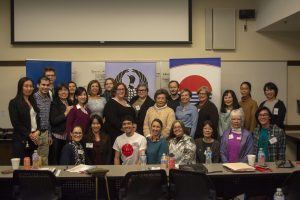 In the third year of the program, Sasakawa USA and USJETAA awarded grants to four JETAA chapters. The selected JETAA chapters were: 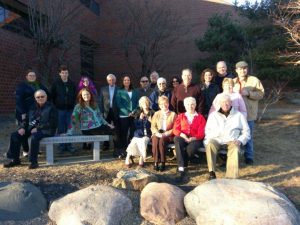 In the second year of the program, Sasakawa USA and USJETAA awarded six grants from five JETAA chapters. The selected JETAA chapters were: 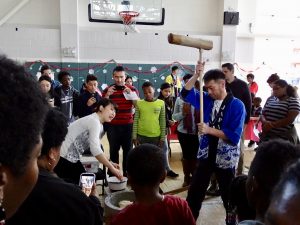 In its inaugural year, Sasakawa USA and USJETAA awarded a total of eight grants to seven JETAA chapters. The selected JETAA chapters were: 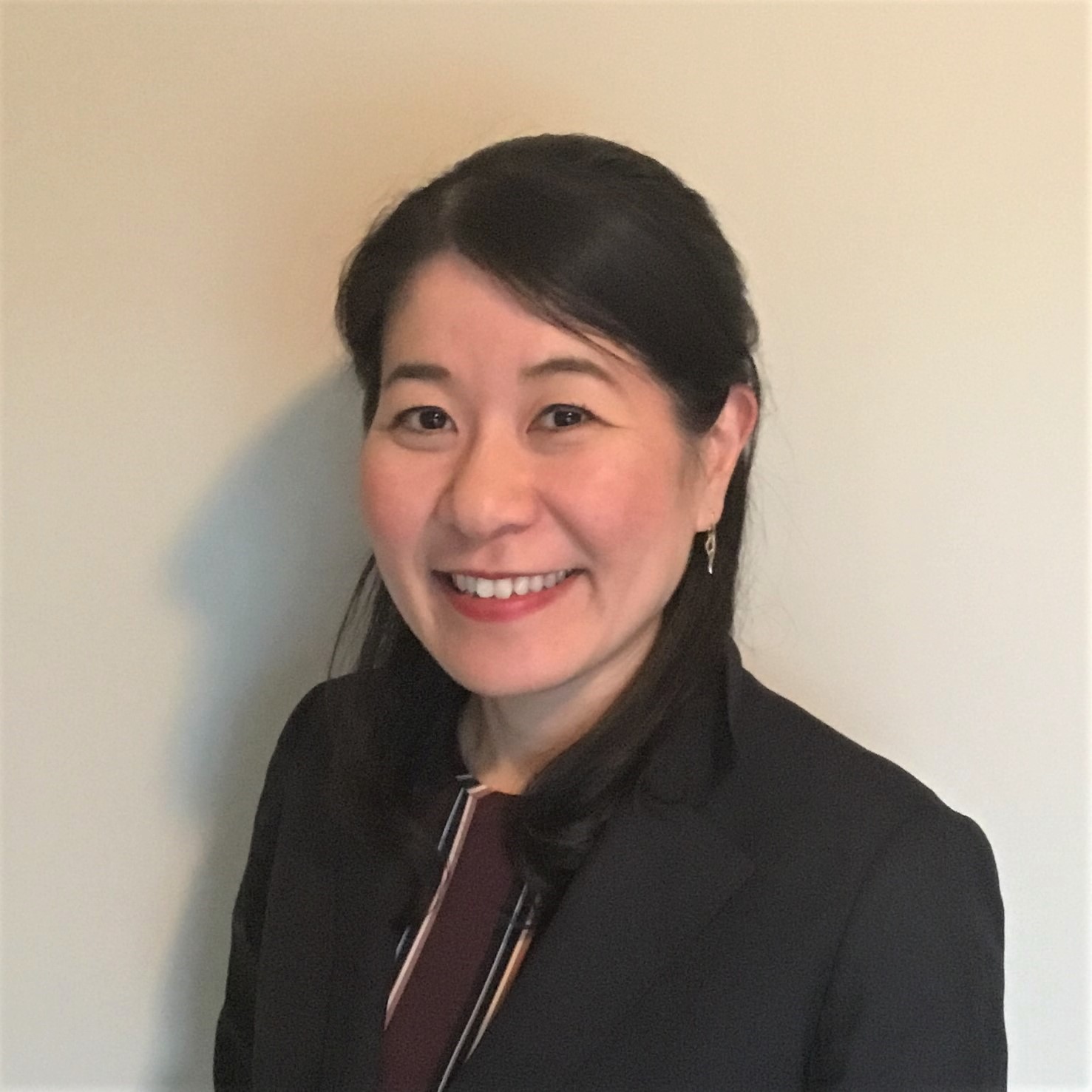 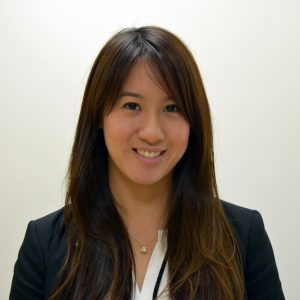