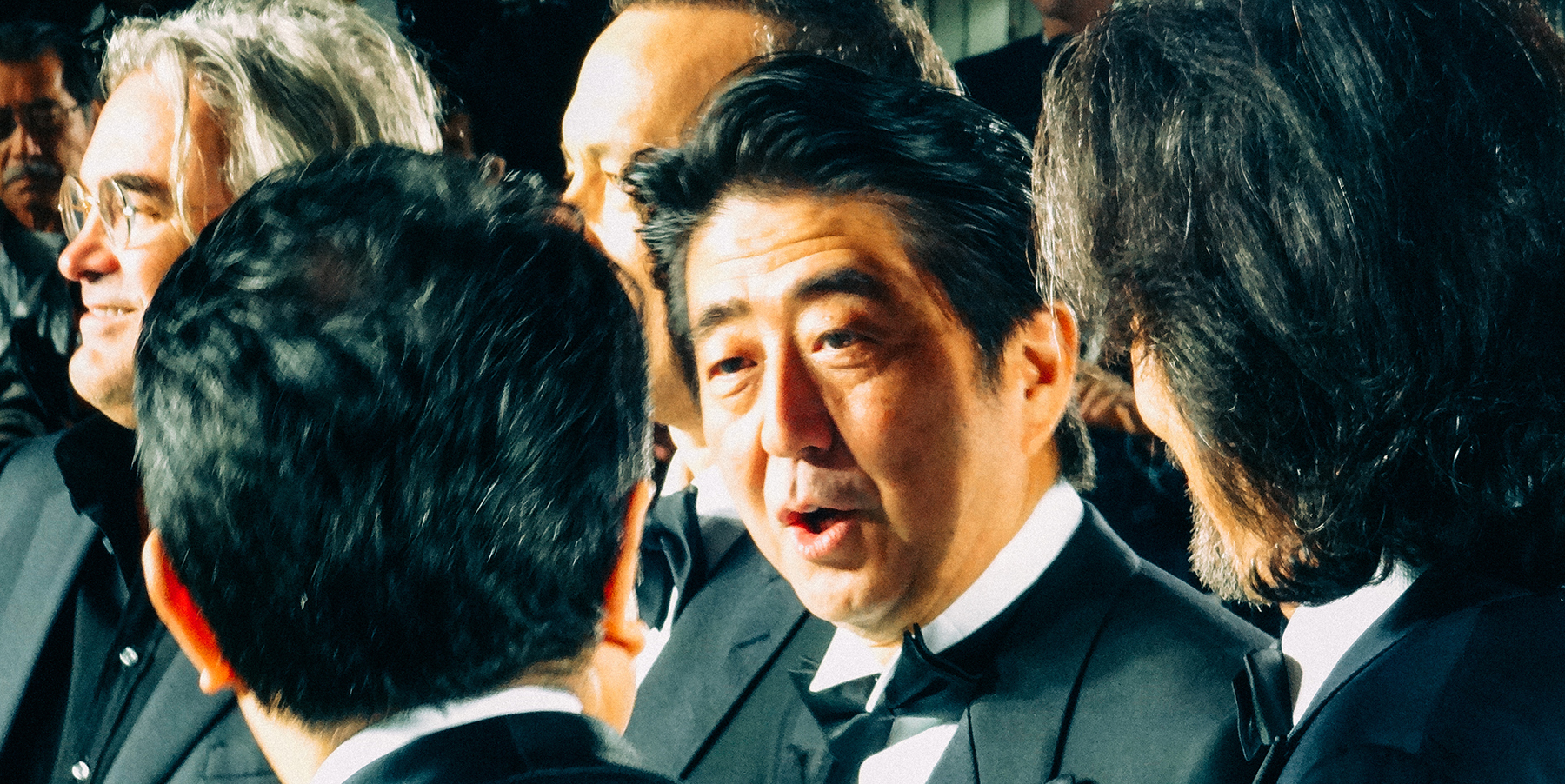 This article, “Reading Between the Lines of Abenomics 2.0,” is available through a partnership between Sasakawa Peace Foundation USA and Nippon.com. The article originally was written and published in Japanese on November 24, 2015 and in English on December 16, 2015. For the original posting, click here.

Shortly after his reelection as president of the Liberal Democratic Party in September 2015, Prime Minister Abe Shinzō announced three new “arrows” to take his Abenomics program of economic growth to the “second stage.” The new arrows are a “strong economy,” “support for families with children,” and “social security,” and the respective targets he set for each arrow are: (1) boost gross domestic product to ¥600 trillion, (2) raise women’s total fertility rate to 1.8, and (3) achieve a society by the mid-2020s where no one needs to leave their job to care for elderly parents.

My immediate reaction to this announcement was that it was rather abrupt and disjointed. Subsequent media commentary has also been generally unfavorable. The major problems raised by these commentators can be summarized into the following three points.

The first is that the impact of the original three arrows—namely, bold monetary relaxation, flexible fiscal policy, and structural reforms to encourage private-sector investment—has yet to be adequately examined from the viewpoint of whether or not they reached their main target, which was to overcome deflation.

The prime minister announced the second stage on the premise that deflation has more or less been redressed. But the core CPI (consumer price index) remains stuck at near zero growth—a far cry from the Bank of Japan’s stated goal of 2% inflation. There is little wonder that so many commentators found the naming of a new set of arrows to be somewhat premature.

The second point is that the three new arrows are merely targets, and there is no indication of the means by which they are to be achieved. The original arrows had a certain consistency comprising both supply- and demand-side measures to address deflation. But the new targets have little connection to one another; this, no doubt, gave rise to the feeling that they were disjointed.

The third point that economists raised was that none of the new targets appeared realistic. Pushing up GDP to ¥600 trillion will require 3% nominal growth through fiscal 2020, which is basically what is called for in the honebuto Plan for Economic and Fiscal Revitalization announced in June.

This plan elicited criticism, though, for presuming that the Japanese economy would continue to register 3% annual growth in nominal terms (2% in real terms) when the Cabinet Office itself estimates the economy’s potential growth rate to be just 0.5%. The prime minister will need to explain how the ¥600 trillion target is to be achieved in the light of these realities.

Raising Japan’s total fertility rate—the number of childbirths per woman—to 1.8 in less than a decade will likely be impossible without a huge boost in child allowances, given that measures ranging from establishing new nurseries to promoting a better work-life balance have already been taken to nudge the rate back up to 1.4. An allowance, though, could be awkward for the prime minister, as his Liberal Democratic Party had denounced a similar policy advanced by Democratic Party of Japan administrations as being pork barrel politics.

Achieving the third target of lightening the burden of eldercare may prove to be even more challenging, as Japan’s baby boomers will be joining the ranks of the “latter-stage elderly” (aged 75 and over) in the early 2020s—potentially leading to a dramatic rise in nursing care needs. The government has hitherto been promoting home care to alleviate the growing burden of financing the long-term care insurances scheme. Not requiring anyone to leave their job to care for elderly parents, presumably by enriching institutional care, would be tantamount to reversing this policy and would also require huge fiscal outlays.

These three points all appear to be on the mark. Why, then, were the new arrows announced now? Below, I will offer my own views on the factors behind the prime minister’s decision and what the macroeconomic implications might be.

Simply put, the most likely reason for identifying a fresh set of arrows is because Abenomics has hit a snag and was in need of change—although the government, of course, would never admit this. The three original arrows were essentially aimed at generating a trickle-down effect through bold monetary relaxation, but the strategy has not been very effective.

The most likely reason for identifying a fresh set of arrows is because Abenomics has hit a snag and was in need of change—although the government, of course, would never admit this.

Two rounds of quantitative easing announced by BOJ Governor Kuroda Haruhiko—the so-called Kuroda bazookas—have devalued the yen to ¥120 per dollar and have significantly helped companies shore up their earnings. The corporate sector, though, has become a black hole of sorts, sucking in profits without spewing anything back out.

Many companies have implemented across-the-board wage hikes for the second year running, but the raise in the base pay (sans the regular, seniority-based increase) is only around 0.6%—hardly commensurate with the sector’s robust earnings. While energy prices are falling, foodstuffs and many other imported products are becoming costlier due to the weaker yen, so the increase in wages in real terms is near 0%. While companies are bullish about their capital spending plans, as revealed in the BOJ’s tankan survey of business sentiment, they have been slow to actually make new plant and equipment investments.

It is little wonder, then, that the virtual cycle envisioned by Prime Minister Abe has remained elusive. He and others in government have repeatedly called on corporate managers to raise wages and invest in new facilities, but the response has been tepid, and there may be limits to what can be achieved with this approach. So with an eye to boosting his sagging approval ratings, the prime minister has shifted his focus to the household sector.

The original first arrow was aimed at inducing inflation, but it has now been replaced by expanding nominal GDP. In describing the first three arrows, government officials have been wont to emphasize the importance of this first arrow. But now that the “goalposts” have been moved to GDP, monetary responses to the currency market and cheaper oil will need to be shifted as well.

A continued weak yen could thwart a rise in nominal GDP, and the policies aimed at guiding the yen lower will lose their meaning.

First of all, a weaker yen will push up import costs and, in turn, retail prices. Given the fact that a devalued yen has not led to surge in exports and a reduction of the trade deficit, a continued weak yen could thwart a rise in nominal GDP, and the policies aimed at guiding the yen lower will lose their meaning. Moreover, while cheaper oil may prompt further quantitative easing—as it did in autumn 2014—to meet inflation targets, there would be no need to loosen credit when the goal is boosting GDP.

The prime minister’s announcement of the new arrows was thus a message, intended or not, that the BOJ need not take additional monetary relaxation steps. Indeed, the BOJ refrained from taking such measures at its Monetary Policy Meeting in October.

The Importance of the First Arrow

Finally, we should note the differences in the nature of the three new arrows in Abenomics 2.0. As shown above, the latter two targets—a fertility rate of 1.8 and no one needing to leave their jobs for eldercare—will be impossible to reach without massive fiscal support. But with outstanding public debt already exceeding 200% of nominal GDP, a level higher even than Greece, that will not be a viable option.

So these two arrows may be more accurately described as being nonbinding targets; their role is largely symbolic, to encourage private businesses to work toward an improved work-life balance for their employees and thereby promote the administration’s slogan of “dynamic engagement” of all Japanese citizens.

[Two of] these two arrows may be more accurately described as being nonbinding targets; their role is largely symbolic, to encourage private businesses to work toward an improved work-life balance for their employees and thereby promote the administration’s slogan of “dynamic engagement” of all Japanese citizens.

The first arrow is a completely different story. Achieving nominal GDP of ¥600 trillion is consistent with the Cabinet Office’s estimate, announced in June, of nominal 3% annual growth required to achieve primary balance in the national and local budgets by fiscal 2020.

The primary balance excludes interest payments on past debt, so it needs to be achieved as quickly as possible before interest rates begin creeping up as a result of 2% inflation (which should materialize sooner or later) and the phasing out of the BOJ’s quantitative easing policy. The Cabinet Office estimates that even if the economy grows by 3% in nominal terms, the central government would still be left with a ¥6.2 trillion primary deficit in fiscal 2020.

If so, then the first arrow should be seen as a firm, binding target—the minimum Japan must achieve to remain fiscally solvent. In a sense, the three new arrows are premised on a recognition that monetary policy alone cannot revive the Japanese economy. Of primary importance will be heightening the potential growth rate through sweeping reform—a growth strategy that had originally been spelled out as the third arrow of Abenomics 1.0.

• How Effective Will “Abenomics” Be?
• Abenomics: Changing the National Mindset
• Risk-Taking Investors Welcome Abenomics
• The Politics of the Tax Hike and Abenomics
• First Year of Abenomics Boosts All Economic Indicators