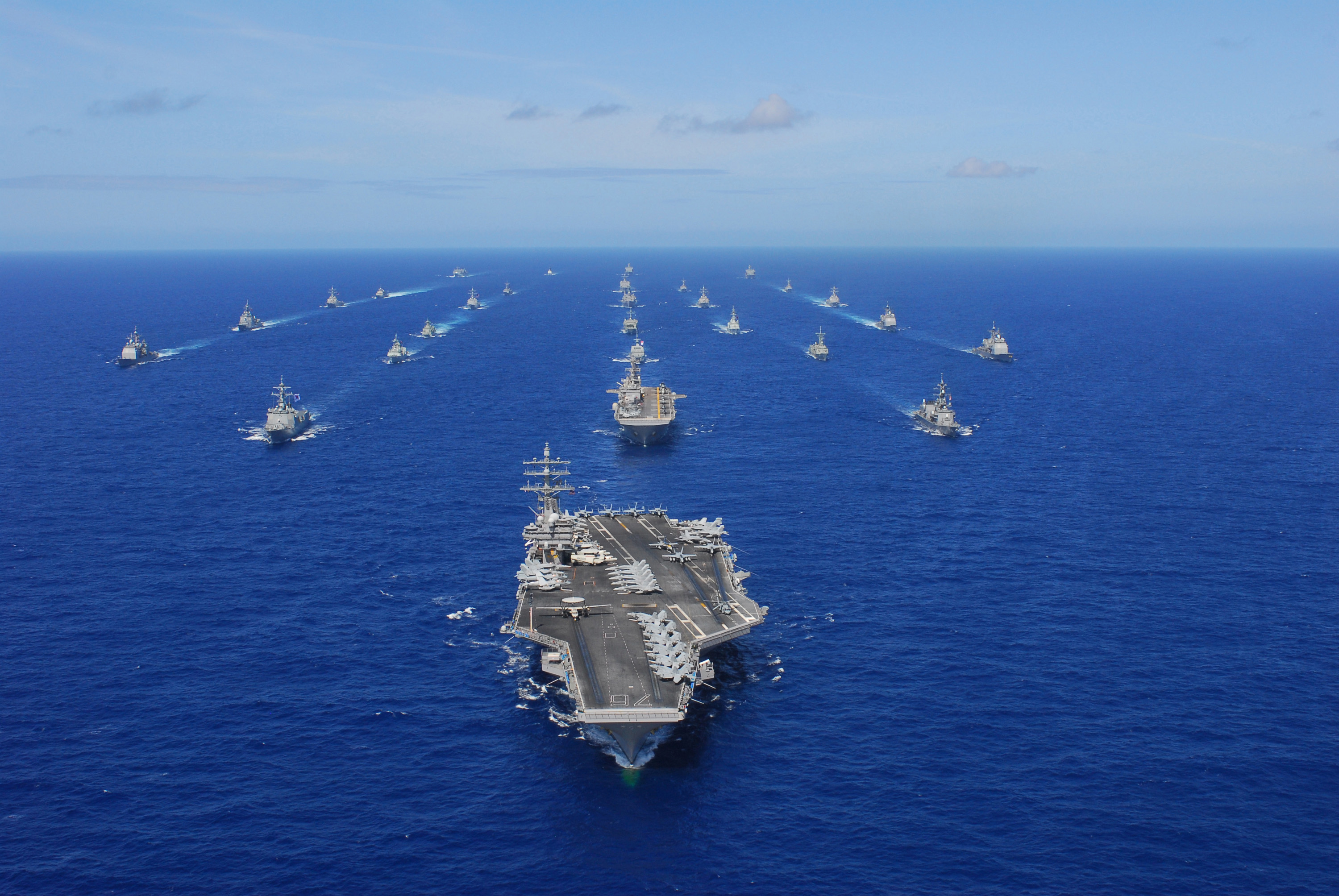 This article, “Overhauling Japan’s ‘Postwar Diplomacy,'” is available through a partnership between Sasakawa Peace Foundation USA and Nippon.com. The article originally was written and published in Japanese on August 6, 2015 and in English on November 11, 2015. For the original posting, click here. 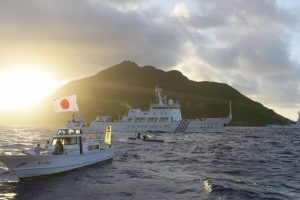 Recent developments at home and abroad suggest that Japan’s foreign policy is at a major turning point. Concrete steps are being taken to deepen the bilateral security alliance with the United States, and yet there is no national consensus on what should be done about the overconcentration of US bases in Okinawa. Measures are needed to respond to the dramatic rise of China both politically and militarily, but historical issues continue to cast a shadow over Tokyo’s ties with Beijing. And Japan largely remains a side player as the world confronts increasingly threatening challenges from international terrorists and attempts to change the status quo by force.

It is high time, in other words, that Japan took a hard look at its postwar diplomacy track record and give serious thought as to what needs to be revised or overhauled. From this perspective, I would posit that there are five major changes that are needed in Japanese foreign policy.

The Constitution’s Article 9 has served to hold Japan’s diplomatic role in check both in the domestic and international contexts. During the Cold War it was used to shield Japan from US pressure to boost its military role beyond the domain of constitutionally sanctified individual self-defense.

It also reassured East Asian neighbors like China and South Korea that even if Japan were to reinforce its defense capabilities, the clause would certainly prevent the deployment of Japanese soldiers to fight on foreign soil.

[perfectpullquote align=”right” cite=”” link=”” color=”” class=”” size=””]The self-restraint argument can thus be viewed as a deception of sorts, an attempt to put off the inevitable. We need to seriously begin confronting the question of how long Japan can—or should—insist on such a moratorium.[/perfectpullquote]

Article 9 was not the only self-binding mechanism of Japan’s foreign policy; the security alliance with the United States also served to keep Japan in check. In fact, one rationale for the bilateral security arrangement was that it could dampen the need for Japan to exercise its right of self-defense, although this was not the official position.

Given these restraints, Japan has declined any combat role for its troops even when they were dispatched as part of a UN-sponsored peacekeeping mission—despite the primal importance Japan’s foreign policy gives to the United Nations. The recently enacted security legislation that will allow Japan to exercise limited rights of collective self-defense, moreover, does not go so far as to clear the way for Japan to participate in joint military operations, even when they are based on UN resolutions. In fact, the bills were carefully worded to maintain Japan’s self-imposed restraint against the use of force—preventing the country from being dragged into a US-led military operation that may not represent the will of the United Nations.

Japan’s foreign policy strategy, at least with regard to the use of force, has focused not on identifying national interests or upholding international justice but on setting self-binding mechanisms that will convince both domestic and international opinion that the country has no military aspirations.

Such a national security strategy may have worked in the past, but its effectiveness in the era of transnational terrorism, cyberattacks, and missile defense is highly questionable. This was no doubt the impetus for the recently enacted security bills. The problem, however, is that despite the changing realities, the focus of debate over the bills remained stuck on how to keep a lid on Japan’s military engagements; there was very little talk about more important questions like why Japan was seeking to claim the right of collective self-defense and under what principles it sought to exercise it. The very reference to the circumstances in which Japan was “permitted” to exercise this right was an outgrowth of the self-restraint concept.

Almost no one bothered to question, for example, whether it was really proper to reject a call to join a multinational force tasked with protecting democracy in a situation where Japan was not threatened with an imminent invasion of its territory. Why was it that so few people pointed to the inherent contradiction of raising issues of constitutionality, on the one hand, and turning one’s back, on the other, on international developments that threaten freedom, democracy, and human rights—the very principles on which the Constitution rests.

The self-restraint argument can thus be viewed as a deception of sorts, an attempt to put off the inevitable. We need to seriously begin confronting the question of how long Japan can—or should—insist on such a moratorium.

2. Emerging from Behind a Self-Imposed Wall

With its defeat in World War II, Japan lost all its overseas territory and was also stripped of its ideological identity, as had been expressed in such concepts as the Greater East Asia Co-Prosperity Sphere and State Shintoism. The country had no choice but to turn within, both physically and psychologically. Japan was shorn of its ideals as a model spiritual community and was reduced to a territorial entity, defined largely in terms of physical demarcations.

[perfectpullquote align=”left” cite=”” link=”” color=”” class=”” size=””]Japan will need to work with its allies and partners henceforth to jointly identify those ideals and values that it seeks to uphold in the international community.[/perfectpullquote]

An invisible wall grew up with other countries that Japan was unable to transgress. In this context, territorial issues were pursued primarily for their geographical significance, along with the economic benefits accruing from the utilization of such territories, and little attention was given to the ideologies, philosophies, and ideals underpinning Japan’s territorial claims. (This is in sharp contrast, for instance, to Britain’s assertions during the 1982 Falklands War.)

The territories under Japan’s jurisdiction were not viewed as expressions of Japan’s collective consciousness, and few attempts were consequently made in Japan’s foreign policy to lay claims to disputed territory on ideological grounds (such as democratic ideals or human rights). The notion of collective self-defense, though, inherently involves a desire to protect common values. And Japan will need to work with its allies and partners henceforth to jointly identify those ideals and values that it seeks to uphold in the international community. Japan must emerge from the wall behind which it has been holed up and map out a new strategy of contributing more broadly to global issues.

Japan was essentially an orphan in international society shortly before and after World War II. So for many years following the war, it tried hard to win back a place in the community of nations by emphasizing its pacifist and democratic aspirations. The thrust of public diplomacy in the postwar years was to project an image of Japan that was not militarist. In the wake of its “economic miracle,” Japan sought to persuade other countries that it was not threatening the global market with cheap labor. And after its emergence as a wealthy industrial economy, it highlighted its contributions to the global community, seeking to demonstrate that it was not a money-hungry “economic animal.”

The time has come for Japan to move beyond such a policy of negation and to win the hearts of the international community with more affirmative ideas about where the world should be heading in the twenty-first century. In a sense, Japan confronts the task of building a country that can lead the world and of effectively communicating its message. This will mean proactively contributing to emerging global issues and making sure that such efforts are reflected in its foreign policy initiatives.

4. Evolving into a Shaper of the World Order

[perfectpullquote align=”right” cite=”” link=”” color=”” class=”” size=””]Japan needs to take a bold step forward, evolving from a guardian of the world order to a shaper of one.[/perfectpullquote]

Moving beyond the policy of negation means making changes in other areas as well, such as the way Japan contributes to the international community. The main pillars of Japan’s contributions to date have been peacebuilding, social development, and cultural innovation. But these efforts all take the existing world order as a given and are designed to reinforce the status quo. China, on the other hand, has been rising while maintaining its socialist political system and continuing to portray itself as the voice of the developing world. Its insistence on keeping its own ways even as its global presence grows means China has become a force for change in the global order.

Is it enough for Japan, under the circumstances, to simply continue guarding the old global order? Should not Japan create a vision, either on its own or—better yet—together with other Western industrial democracies, for a new economic order that embraces the newly emerging economies and for a new political order that is more accommodating to the countries defeated in World War II? Japan needs to take a bold step forward, evolving from a guardian of the world order to a shaper of one.

Shaping a new order will entail more fully incorporating the viewpoints of Asia, where many of the world’s fastest rising countries are located. Japan will need to play a leadership role in advancing such a task, but this will require that it listen more closely to Asia’s many voices, distill those values that are truly worthy of sharing with the wider world, and strengthen efforts to communicate those values jointly with other Asian countries.

[perfectpullquote align=”full” cite=”” link=”” color=”” class=”” size=””]Sincere words of remorse for wartime actions should be directed not just at other countries but also—or even more so—toward the Japanese people themselves, whose rights and freedoms were trampled upon by their rulers. And any attempt by an Asian country today—including Japan—to sabotage values like human rights, democracy, and equality must be dealt with sternly. [/perfectpullquote]

From this standpoint, tensions with Japan’s East Asian neighbors over historical issues must be kept to a minimum. Sincere words of remorse for wartime actions should be directed not just at other countries but also—or even more so—toward the Japanese people themselves, whose rights and freedoms were trampled upon by their rulers. And any attempt by an Asian country today—including Japan—to sabotage values like human rights, democracy, and equality must be dealt with sternly.

Only then will Asian values be truly embraced by the world community. Human rights, democracy, and equality are in no way exclusively Western values; they have traditionally been nurtured in Japan and other Asia countries as well, although they may have manifested themselves in different ways. In helping Asian countries to modernize, Japan need not prescribe Western formulas. Rather it should advance a foreign policy that addresses urgent global issues by sharing core Asian values, such as coexistence with nature, with the world community.