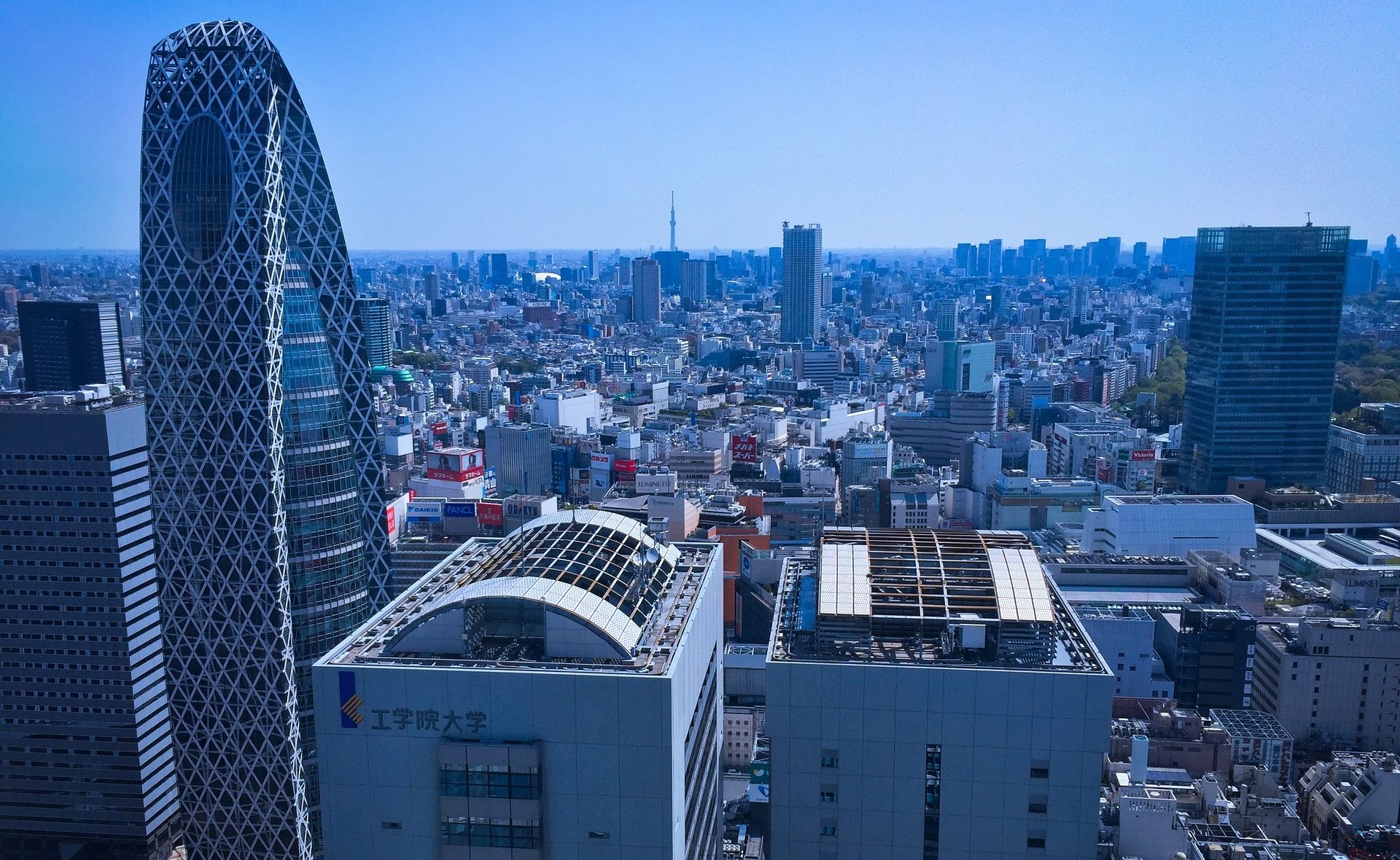 This article, “Long Road Ahead for True Labor Reform,” is available through a partnership between Sasakawa Peace Foundation USA and Nippon.com. The article originally was published in Japanese on April 17, 2017, and in English on May 2, 2017. For the original posting, click here.

The “work-style reform” plan released by the government on March 28 calls for legislation to usher in unprecedented changes in Japan’s labor and employment systems. Drawn up by an expert panel charged with targeting the issues of long working hours and wage disparities, it represents a groundbreaking agreement between representatives of big business and organized labor, who approved the content as a basis for new labor legislation.

Japan’s labor practices have failed to keep pace with changes in the social and economic environment and are fast approaching the limits of their utility. A system of stable, long-term employment is something one would like to preserve if possible, but Japan’s current system prevents women from playing an active role in the labor force. Nor is full-fledged participation by seniors envisioned under companies’ current employment and compensation systems. Yet as Japan’s population continues to age and decline, we will be hard pressed to sustain our economy and society without the active participation of women and senior citizens. Under the circumstances, one can scarcely argue with the basic thrust of the reform plan, with its focus on more manageable working hours for company employees.

That said, the plan faces formidable obstacles to effective implementation. A reform of this magnitude raises a multitude of practical challenges. At this point, the discussion has barely touched on such details, and even the big picture remains unclear.

To draw up such a sweeping policy at the state level, impose it from the top down, and expect each company nationwide to abide by it is a recipe for chaos. The next step needs to be extensive deliberation by top labor, business, and political leaders on the best way to carry out the reforms outlined in the plan. In addition, individual industries, professions, and local governments must mobilize to foster broad-based understanding of and compliance with the proposed reforms.

In its basic policies of equal pay for equal work and reduction of working hours, the plan is essentially embracing the European labor model. What we need to recognize is that in Europe, these policies actually function because they are organically linked to a broad array of employment and compensation practices. Imposed arbitrarily on Japan’s existing system without appropriate adjustments, they are unlikely to work as intended and could well cause undesirable side effects. We need to adapt other aspects of the Japanese system if these policies are to function properly. Until we discuss and flesh out such details, the overall picture will remain hazy as well.

We need to adapt other aspects of the Japanese system if these policies are to function properly.

The move to curtail long working hours has two major objectives. One is to prevent health problems leading, in extreme cases, to karōshi, or death from overwork. The other is to encourage active participation by women and senior citizens by ushering in new workplace norms that balance work against personal and family life. But so far all do not seem happy with the plan. While some are criticizing the proposed reforms as totally inadequate, others are warning that new restrictions on overtime will effectively cripple the workplace. Without a detailed discussion of and agreement on the changes involved, businesses will merely find ways to evade the overtime regulations, as by increasing “voluntary overtime,” having employees take their work home with them, or shifting the burden to small subcontractors that are in no position to protest.

On the other hand, if employers do in fact cut back on their employees’ hours, and incomes and living standards fall sharply as a result, that will defeat the purpose of reform. Reduced hours must be predicated on higher labor productivity, so that companies can continue to boost their business performance without cutting wages. Human resource development is one major issue to be addressed in this connection. Another is the need for Japanese corporations to sell off unprofitable divisions and optimize their business portfolios. Although the recent reform plan mentions these two challenges in general terms, it stops short of recommending concrete measures.

Toward a New Model of Human Resource Development

In Japan, the core of human resource development is on-the-job training. Since new employees are required to do their jobs at the same time that they are learning them, they inevitably end up working longer hours. If we were to arbitrarily limit working hours under this system, we would risk providing inadequate training. To shorten working hours without undermining productivity, we will need to change our entire approach to human resource development.

To shorten working hours without undermining productivity, we will need to change our entire approach to human resource development.

In European countries, institutions of secondary and higher educations offer technical and vocational training programs, with businesses participating in curriculum design and implementation. Job internships are increasingly common. When European companies hire a new group of regular employees, they expect them to have many of the basic skills and competencies they will need to do their jobs. Unlike Japan’s young recruits, they are not completely wet behind the ears. One of the major challenges for Japan going forward is to develop a new approach to human resource development inspired by the European model. While Japan’s biggest corporations may be able to devise their own programs, smaller businesses face a steep climb unless they team up at the local level or by industry. Either way, it means building a new system from scratch. Whether the government’s proposed workplace reforms can become a concrete reality will hinge on planning efforts at this level.

The other key to maintaining business performance, optimization of corporations’ business portfolios, will inevitably involve workforce adjustments of some sort. In Europe, particularly in the northern countries, the labor unions have not opposed personnel adjustments per se, reasoning that the divestment of unprofitable businesses is unavoidable. Instead, they have zealously negotiated to minimize the number of layoffs and ensure that those workers affected receive either job-transfer assistance or financial compensation. Governments, for their part, have attempted to facilitate the shift of labor toward growth industries by beefing up occupational training and instituting worker relief programs.

The reform plan released by the Japanese government makes almost no mention of restructuring measures. At this point, at least, all too many implementation questions remain unanswered.

Like the reduction in working hours, the focus on equal pay for equal work nominally embraces the European model. But in terms of pre-existing systems, there is no comparison between Europe and Japan. In Japan, the criteria for setting compensation are completely different for regular and nonregular employees, making the European concept of equal pay inapplicable without fundamental systemic changes.

Faced with this incompatibility, the panel ended up by calling for equal compensation only with respect to benefits and bonuses. Where basic wages are concerned, it essentially leaves the status quo intact. And while urging that companies be “answerable” for disparities in the treatment between regular and nonregular employees, it suggests that they will not be forced to make changes as long as they can justify or explain their current system. While the regulatory changes envisioned are likely to yield some improvement in the treatment of nonregular employees, the result will be “equal pay” Japanese-style, constrained by the fundamental structure of Japan’s labor market.

While the regulatory changes envisioned are likely to yield some improvement in the treatment of nonregular employees, the result will be “equal pay” Japanese-style, constrained by the fundamental structure of Japan’s labor market.

In Europe, the movement for equal pay is tied to diversity issues. It began with efforts to eliminate the wage gap between men and women and expanded to address wage discrimination based on age, race, and so forth. The basic purpose was to establish rules for a society in which everyone could contribute to their full potential regardless of differences in background, economic circumstances, or identity. This purpose has a great deal of relevance for the overall labor picture in Japan henceforth, as we work to expand employment opportunities for women and senior citizens and open the door to more non-Japanese workers. For that reason, we need to extend the conversation on equal pay and set about creating the environment and systems needed to turn it into a reality.

Toward a Genuine Action Plan

The government has referred to the recent plan as a starting point for labor reform, and I agree with that characterization. But completing the reform process will require a good deal more than the passage of new labor legislation. What we need to do next is foster a shared perception of the problems and solutions from the highest levels all the way down to the individual office or factory floor. The first step in this process is to reconvene the conference of political, labor, and business leaders that approved the reform plan and open another round of deliberations to hammer out the details of implementation, including the above mentioned systems to support human resource development and workforce adjustments.

If the aim is to encourage greater workforce participation by women and seniors to address a looming labor shortage as Japan’s population dwindles, there is more to be done than reducing long working hours. Our tax, pension, and social insurance systems are also important pieces of the puzzle. In each of these areas, the reform issue has been under deliberation for about two decades now, and the way ahead is increasingly clear. As long as the government can tie these strands together in a coherent policy and secure political support, it should have relatively little difficulty implementing these reforms.