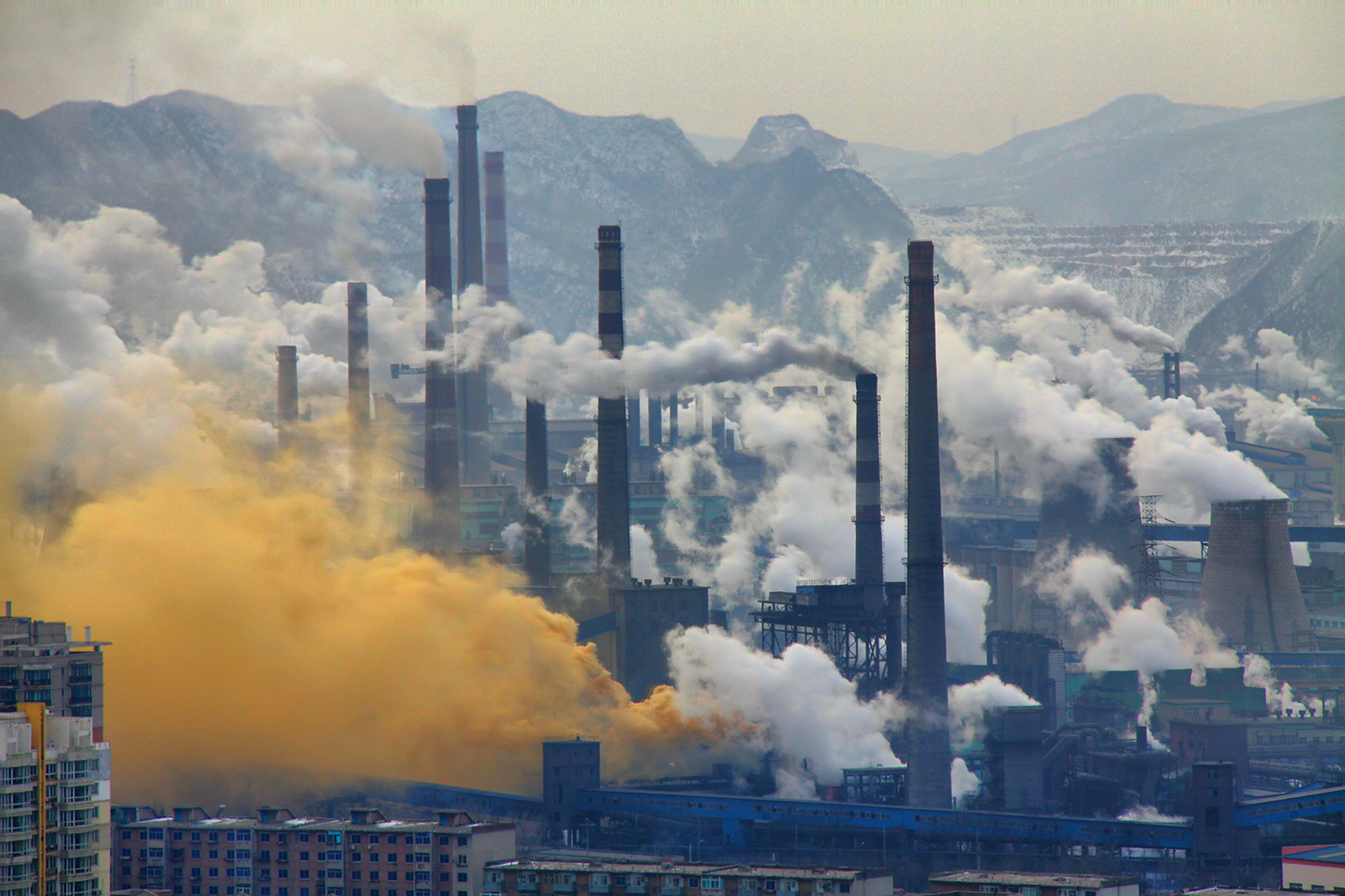 This article, “Japanese Business Prospects in China’s Changing Environmental Industry,” is available through a partnership between Sasakawa Peace Foundation USA and Nippon.com. The article originally was written and published in Japanese on November 2, 2015 and in English on December 24, 2015. For the original posting in English, click here.

Quantity and Quality in the Environmental Market

Some predict that the action plans being implemented by Beijing to control air, water, and soil pollution will generate financing needs in excess of 6 trillion yuan… there are those who claim that China and Japan can build a win-win relationship in this field.

Under the circumstances, the Chinese environmental industry is expected to grow in leaps and bounds. According to a survey by China’s Ministry of Environmental Protection and others, in 2011 the industry earned a total of over 3 trillion yuan and encompassed close to 24,000 companies. Moreover, some predict that the action plans being implemented by Beijing to control air, water, and soil pollution will generate financing needs in excess of 6 trillion yuan.

Based on the size, or the “quantity,” of the Chinese environmental industry, there are those who claim that China and Japan can build a win-win relationship in this field, given the former’s serious pollution issue and the latter’s advanced environmental technologies. In terms of business-to-consumer goods, where consumers choose which products to purchase, it is true that competition based on price and quality will be possible in environment-related markets—think air purifiers, water filters, surgical masks, and safe foods—as can be seen in Chinese tourists’ bakugai shopping sprees for made-in-Japan products.

The story is different, however, when it comes to fields that fundamentally involve increased costs, such as prevention and control of air and water pollution. Cost-reducing areas like increased energy efficiency may not be a problem. But in cost-consuming areas, given lax environmental controls, even law-abiding formal businesses will seek cheaper environmental systems that meet minimum standards, while informal businesses that do not observe the law will not seek such systems at all.

A similar dichotomy could also arise in manufacturing. If there are companies that obtain cheap land, procure materials monopolistically through government deals, receive subsidies, or receive preferential treatment in financial services—as opposed to those that conduct their business based on profits earned by selling products or providing services—the prices of products and services could decline to the point that companies in the latter category are unable to gain fair profits.

Without the existence of a quality-conscious market in which companies can compete fairly on the basis of price and quality, and not just quantity, business opportunities in China will be nil for Japanese and other foreign firms, as well as for formal Chinese businesses that pursue performance in products and services.

I was part of an environmental business research team that launched a study in 2012 focusing particularly on the so-called venous industry, meaning industrial recycling businesses. Titled “A Comprehensive Study on the Development and Diffusion of a Recycling System for the Purpose of Cultivating Venous Industries in Developing Countries,” the study, led by Hosoda Eiji of Keiō University, culminated in a final paper in April 2015.

China and other emerging Asian economies are actively promoting resource recycling… but in many of these countries, [various issues] prevent resource recycling from being conducted in a sound and smooth manner.

China and other emerging Asian economies are actively promoting resource recycling by developing recycling complexes, including industrial parks. But in many of these countries, due to the presence of informal sectors and other factors, issues in environmental conservation and in the formulation and growth of venous industries prevent resource recycling from being conducted in a sound and smooth manner. Given predictions that regionwide resource circulation will rapidly take shape in Asia in the future, the study involved field research in China and elsewhere to determine whether it will be possible for Japan’s venous industry to participate in recycling in these emerging economies, expand overseas operations, and eventually grow into major players in the industry. We also considered the requirements for this to happen.

The study found that emerging Asian economies are lacking in “hard” and “soft” law and governance. “Hard law” points to regulations that dictate behavior, including laws, government ordinances, and municipal ordinances; “soft law” consists of other rules, such as corporate ethics, corporate social responsibility, and codes of conduct. In the study, we referred to the trinity as “institutional infrastructure.” The growth of Japan’s venous industry was backed by a decent market size (the quantity of the market) as well as the presence of this institutional infrastructure (market quality). While China and other emerging economies have the potential for market growth, they have a long way to go in improving their institutional infrastructure. Noting that it is currently difficult for Japanese companies to make forays into the Chinese market, our final report pointed out the need for Japan to assess which element of the trinity each emerging economy lacks and remedy this through environmental cooperation or by encouraging independent efforts by each country. (The Japanese market, for its part, faces challenges in promoting international expansion, but this is beyond the scope of this article.)

The following is an example illustrating the challenges that face Japanese businesses if Japan is to become a major player in the venous industry.

There are several conditions Japanese venous companies must fulfill to enter the Chinese market. In particular, collecting sufficient amounts of venous resources—postconsumer products, components, materials, and the like—will be a challenge not just for Japanese businesses but for Chinese ones as well, for a number of reasons relating to institutional infrastructure. First of all, the legal system for waste recycling is underdeveloped in China. Even where laws exist, they are not fully enforced. Secondly, due to historical reasons and compartmentalized jurisdictions, among other factors, multiple government sections and organizations are involved in resource recovery, convoluting the process as well as hindering the development of resource recovery. Thirdly, processing facilities are sometimes set up far from where venous resources are generated or distributed. Furthermore, public and corporate awareness is low regarding resource recovery, and collectors often deliver waste with no resource value to processing operators.

Some major Chinese corporations are making various efforts to improve the situation. Examples include incorporating the informal sector into their resource recovery routes (example 1 in the table below); setting up industrial parks for resource recycling and putting their own plants there, as well as moving in small-scale operators that had been based in the area from before the park’s establishment (example 2); and improving recovery routes with the cooperation of local governments and sales channels (example 3). Moreover, China’s economic development in recent years has given rise to a trend in the informal sector toward formalization as a means of increasing revenue.

For Japanese venous businesses, however, unlike major Chinese corporations, it will not be easy to incorporate the informal sector or develop independent recovery routes.

• Example 1: Conducting training sessions for farmers and other local residents who have been engaging in resource recovery in the informal sector and encouraging them to bring the recovered resources to company plants (Yutian, Tangshan City, Hebei Province)

• Example 2: Establishing industrial parks for recyclable resources and putting their own plants there, as well as moving in small-scale operators that had been based in the area (Locations including Niupengzi, Dongxing District, Neijiang City, Sichuan Province)

• Example 3: Improving company recovery routes with the cooperation of the local government and sales channels (including monopolistic recovery of printed circuit boards by contract with the provincial government, recovery of scrapped vehicles from the province’s only dismantler of domestic cars, and setting up public drop-off locations) (Hubei Province)

Japan and China concluded a bilateral environmental protection cooperation agreement in 1994. Between the 1990s and early 2000s, moreover, Japan actively cooperated with China on projects using official development assistance, including yen loans, grant aid, and technical assistance. Taking yen loans as an example, environment-related loans—such as those for measures to mitigate air and water pollution—accounted for roughly ¥1 trillion, or 30%, of the cumulative total of roughly ¥3.3 trillion provided to China.

In 2008, when China hosted the Beijing Olympics—a sign of its economic success—Japan ceased making new loans to China. This spelled an end to large-scale model projects conducted under government initiative. In place of such projects, some in China have suggested exchanges with Japanese companies that possess advanced environmental technologies. It would be better for Japan as well to shift from assistance-based environmental cooperation to horizontal cooperation that is beneficial to both countries, such as exchanges between businesses.

Whether Japanese and Chinese corporations will be able to form mutually beneficial relations will also impact the countries’ ability to build peaceful and stable relations. The Chinese market, as it stands on the brink of a period of major transformation, could serve as a window on the future.