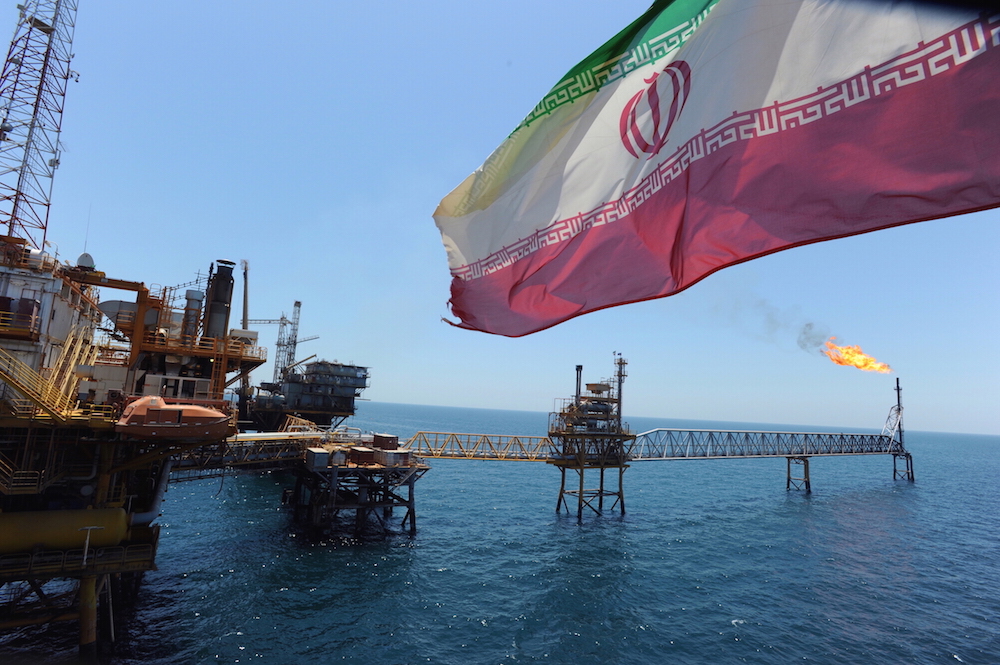 This article, “As Iran Prepares to Reengage, Japan is Waiting,” is available through a partnership between Sasakawa Peace Foundation USA and Nippon.com. The article originally was written and published in Japanese on October 26, 2015 and in English on January 15, 2016. For the original posting in English, click here.

On July 14, 2015, an agreement was reached in negotiations between Iran and the permanent members of the United Nations Security Council (Britain, China, France, Russia, and the United States) plus Germany concerning the former’s nuclear energy program, and preparations began for the lifting of international economic sanctions against Iran. Japan, which has participated in the sanctions since 2006, has started paving the way as well. So far Japan has not been quite as active as European nations have in pressing for an end to sanctions, but clearly the restoration of economic relations with Iran, home to the fourth-largest volume of petroleum deposits and reportedly the largest volume of natural gas reserves on the planet, would be enormously important to Japan, which could acquire a reliable petroleum supplier and thereby help ensure its own energy security.

The renewal of economic exchange will remove the political and diplomatic blockade that has isolated Iran, one of the few stable countries in the Middle East, and could restore its pivotal diplomatic and economic presence in the region. In this article I will touch on international developments taking place in the wake of the aforesaid agreement and the history of ties between Japan and Iran in order to illuminate a desirable course for future bilateral relations between the two countries.

The Role of Europe

Following the conclusion of the July agreement, European countries were especially quick off the mark in their attempts to reestablish contacts with Iran. On July 20, Vice-Chancellor Sigmar Gabriel of Germany, along with representatives from the business world, traveled to Iran to seek an early resumption of economic relations. Among those accompanying Gabriel, who spoke of a desire to help rebuild Iran’s industrial infrastructure once economic sanctions were lifted, were representatives of the German automaker Daimler and the engineering firm Siemens. Germany’s exports to Iran, which amounted to €2.3 billion (¥310 billion) in 2014, are expected to double within two years of the lifting of sanctions.

France responded eagerly as well. French Minister of Foreign Affairs and International Development Laurent Fabius traveled to Iran on July 29 in the first such visit by a French foreign minister in 12 years. Fabius described his visit as a promising opportunity to reestablish relations with Iran across a whole range of economic and diplomatic domains.

In his remarks Fabius praised Iran, noting that France had a longstanding fascination with Persian culture and shared Iran’s interest in its ancient cultural legacy, science, and ideas. He added that Iranian students have performed well at French universities. He also announced that some of France’s leading companies, including the automakers Peugeot and Renault and the oil and gas firm Total, would seek to resume operations in Iran and that France intended to provide increased economic assistance to Iran in a wide range of fields. As the interest shown by Daimler, Peugeot, and Renault suggests, Iran, the largest producer of automobiles in the Middle East, presents a highly attractive prospect for the global auto industry.

The Enduring Importance of Oil

The oil industry also has its sights set on Iran. This is especially true of the European oil giants BP, Royal Dutch Shell, and Total, all of which suspended their dealings with Tehran when the economic sanctions took effect. Iran is home to the world’s second-largest volume of petroleum deposits—158 billion barrels’ worth—exceeded only by the volume of oil deposits in Saudi Arabia. Even when shale oil deposits are included, Iran still holds the world’s fourth-largest reserves. BP estimates that Iran has the most voluminous natural gas deposits in the world. Iran’s estimated 34 trillion cubic meters of natural gas, the energy equivalent of 240 billion barrels of oil, constitutes 18% of global deposits.

Iran is thus capable of meeting natural gas demand not only in neighboring Turkey and Pakistan but in Europe as well. Half of the liquid natural gas consumed in Britain is imported from Qatar, which shares gas fields with Iran, as is 90% of the gas consumed in Belgium. Since relations between Western Europe and Russia have become strained following Russia’s actions in Ukraine and Syria, it is only natural that Europe would welcome the prospect of importing Iranian gas. The same is true of India, where economic development is driving a steady increase in energy consumption. India now hopes to import gas from Iran by means of a “peace pipeline,” a large-scale conduit that, if completed, would run directly through India’s longtime regional rival Pakistan.

Under Iran’s fourth and fifth official development plans, its South Pars, North Pars, Ferdowsi, and Golshan gas fields were expected to product 70 million tons of liquefied natural gas from 2005 through 2010. Due to the effects of the economic sanctions, this could not be accomplished. But even with sanctions in place, some companies from other countries were involved in the gas production that did occur, including Sinopec in China; Polskie Górnictwo Naftowe i Gazownictwo, Poland’s state-controlled oil and gas enterprise; and Petrofield in Malaysia. The lifting of sanctions, of course, will enable Iran to produce a much higher volume of LNG than in the past.

The end of economic sanctions against Iran will be welcome news to many developing countries. For instance, Pakistan, which generates half of its electricity with natural gas, has been hard pressed to meet its energy and infrastructure needs because, among other things, funding from the Philippine-based Asian Development Bank for the “peace pipeline” was suspended due to the US-led economic sanctions against Iran. The ending of sanctions will enable Pakistan to build more gas-powered thermoelectric plants to address its chronic need for more electricity. As more power becomes available, Pakistan will see an increase in industrial activity, and it will also acquire new revenue from new pipelines running through Pakistan to China and India.

[perfectpullquote align=”right” cite=”” link=”” color=”” class=”” size=””]The Japanese sense of decorum, Japan’s recovery and resurgence following its defeat in World War II, and Japan’s advanced technological capabilities are viewed by Iran as assets, as they are in much of the Middle East. Such assets will have a major driving influence on economic relations between the two countries when sanctions against Iran are finally lifted.[/perfectpullquote]

As people around the world pondered the prospect of an Iran liberated from economic sanctions, on September 27 Japanese Prime Minister Abe Shinzō met with Iranian President Hassan Rouhani at the United Nations Headquarters in New York. Abe told Rouhani that Japanese companies would be active in Iran and that Japan hoped to contribute to Iran’s economic development. Rouhani said that, in light of the conclusion of the agreement concerning its nuclear program, Iran intended to seek expanded cooperation in many areas. He requested substantive cooperation from Japan in such fields as energy, transportation, the environment, culture, and medical care.

Rouhani’s enthusiasm for increased economic interaction with Japan is undoubtedly based in part on Iran’s favorable disposition toward Japan in light of the latter’s steady accumulation of what might be called historical assets.

Mehdi Qoli Hedayat (1863–1955)—prime minister of Iran (then known as Persia) from 1927 to 1933, during the Pahlavi dynasty—wrote in a travel memoir of his impressions of Japan, which he visited in late 1903. Hedayat was struck by the austere lifestyle, moral rectitude, and emphasis on education he observed in Japan. “Japan is a country of Asia,” he wrote, “but unlike us, they aren’t asleep.”(*1)

In 1951, after Iranian Prime Minister Muhammad Mussadeq had seized and nationalized the Iranian assets of the Anglo-Iranian Oil Company, a British-led embargo excluded Iranian oil from international markets. However, the Japanese oil company Idemitsu then sent a tanker to the Iranian port of Abadan to purchase oil. Mussadeq, who invited Idemitsu’s representatives to his home, told them that the greatness of the Japanese deserved the admiration of all Iranians and that he was amazed at the valiant spirit of the Japanese. Although Japan had lost the recent war, he said, he was convinced that one day it would rise again. Finally, Mussadeq expressed his hope that the Iranians and Japanese would go forward hand in hand as fellow Asians.(*2)

The Japanese sense of decorum, Japan’s recovery and resurgence following its defeat in World War II, and Japan’s advanced technological capabilities are viewed by Iran as assets, as they are in much of the Middle East. Such assets will have a major driving influence on economic relations between the two countries when sanctions against Iran are finally lifted. The very fact that there has been no real political friction between them despite the existence of sanctions may well persuade Iran that Japan can be a reliable economic partner.