Will Abe be able to keep Japan a COVID-19 outlier? 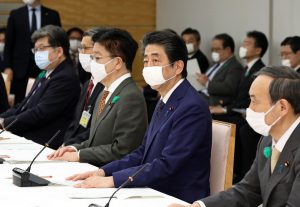 Japan has been somewhat of a mystery in terms of keeping COVID-19 in check and preventing the virus from shutting down the country. But the real public health and political battle for Abe, combatting the virus while maintaining individual rights and economic activity as much as possible, may have only just begun.

As of April 12th, Japan had 6,748 confirmed cases of COVID-19 according to the Johns Hopkins Corona Virus Resource Center. Japan is 26th in the world in terms of number of infections and is the lowest among the G7 countries. This is remarkable considering the fact that Japan was one of the first countries to be hit with the virus outside of China. The very first case in Japan, a Japanese national returning from Wuhan, China, was confirmed to be infected in a hospital sometime between January 10th and 15th.

The situation in Japan is all the more remarkable given that the country should be theoretically more vulnerable to the virus due to the large number of people, many of them old, living in congested mega cities in small houses and apartments right next to one another. Additionally, Japan has a large number of both Japanese and Chinese nationals who returned to Japan from China after the outbreak of COVID-19 began in China last year.

Japan originally minimized the risks of the emerging viral outbreak because of the Olympics planned for the summer of 2020. Although Abe introduced some measures, including preventing large gatherings and shutting down schools, Japan has been slow in testing and self-quarantine compared to other countries in Asia such as South Korea, Taiwan and Singapore. When I visited Tokyo with FMC’s Japan Study Group led by Rep. DeGette in mid-February, we observed that the level of concern about the virus was still very low．The streets were busy. Restaurants were full of people. Nothing had stopped. Everything appeared normal. As a matter of fact, Japan had not yet introduced strict measures on its citizens and foreign visitors such as stay-at-home and self-quarantine orders.

However, the real challenge for Abe may have only just begun. The number of cases in Japan has been rising quickly, probably reflecting the three-day weekend from March 20th to 22nd at the peak of cherry blossom viewing. The current number of cases is more than ten times what it was a month ago. The U.S. Embassy in Tokyo advised American citizens living in Japan to return home, implying that Japan may have many more cases of COVID-19 than officially acknowledged due to Japan’s low testing rate.

Abe finally moved to declare a month-long state of emergency for seven prefectures including Tokyo, Osaka, and Kanagawa on April 7th. The declaration came in particular as a response to a strong plea from the medical community, including the politically powerful Japan Medical Association, as they have worried that medical facilities would not be able to deal with an explosion of COVID-19 cases.

While the state of emergency declaration gives powers to prefectural governments to introduce measures to contain the spread of the virus, whether Abe can keep Japan a COVID-19 outlier remains to be seen. As a matter of fact, this may now be the biggest challenge in Abe’s relatively successful and stable political leadership.

The emergency declaration bestows powers to local governments to issue a wide range of orders and instructions. These can include cancelation of events, restriction of the use of large facilities, appropriation of land and buildings for medical use, price controls for daily essentials, and compulsory purchases of food and medicine. However, there are no criminal penalties associated with violating such orders and instructions except certain cases such as the concealment of supplies of medical goods, foodstuff, or daily essentials against government orders.

Early indicators have been encouraging. During the first weekend after the declaration, most non-essential businesses have voluntarily closed. Not many passengers were traveling on trains or the subway. The usually bustling streets of Ginza, Shibuya, and Shinjuku were mostly empty. But the acutely high level of urgency in the U.S. and Europe, which have both been devastated by COVID-19, has certainly not been widely shared by Japan.

Luckily, Japan has invested in high quality nation-wide health and medical systems, including a certain level of pandemic preparedness. These systems are backed by strong financial and industrial resources, greeting norms avoiding bodily contact, and a shared sense of responsibility and vigilance among Japanese. Dr. Yokokura, chairman of the Japan Medical Association, said “the state of emergency declaration should have been made several days earlier but it was made the last possible moment to prevent the explosive increase of infected cases of COVID-19” following Abe’s state of emergency decision last Tuesday. We certainly hope he is right.

(The article was written on April 12th, 2020. Prime Minister Abe expanded the state of emergency beyond seven prefectures to the entire nation on Thursday, April 16th.)