Testing the Resiliency of the Abe Administration 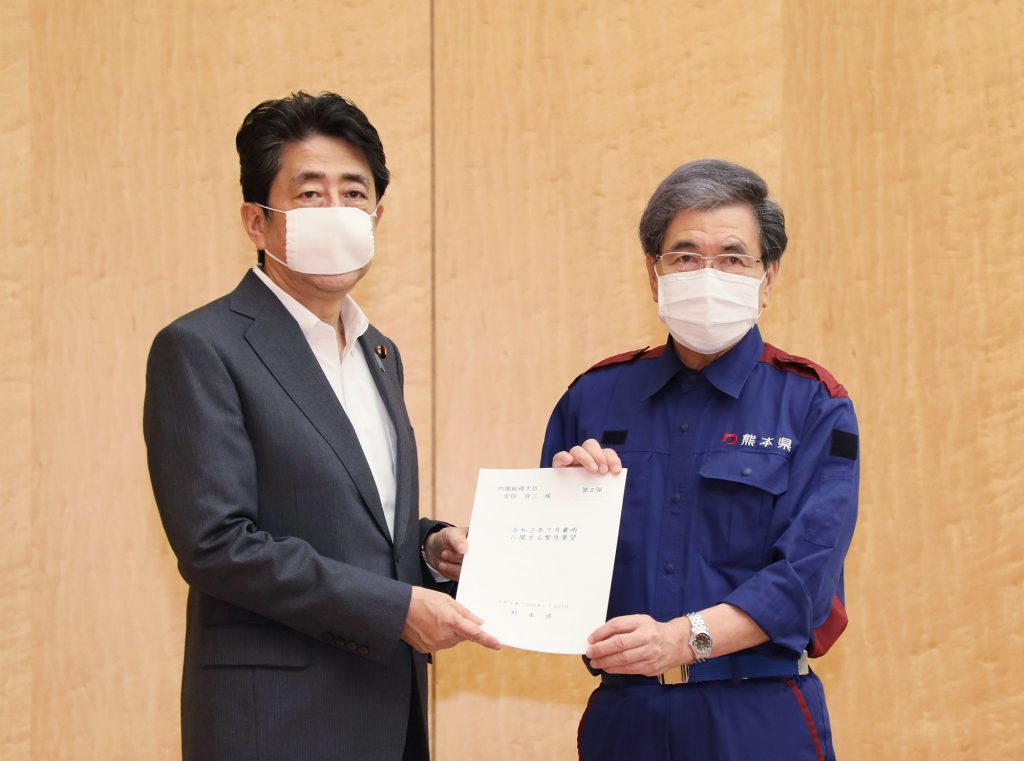 According to both Japanese and foreign media, Prime Minister Shinzo Abe is in trouble.  He seems to be bogged down in a series of political crises and scandals, such as suspicion of favoritism over Kake Gakuen and Morimoto Gakuen, the botched appointment of Hiromu Kurokawa to prosecutor-general, and the arrest of Katsuyuki and Anri Kawai, two Liberal Democratic Party (LDP) politicians, to name a few.

People who subscribe to this view see Abe as losing his grip on power with continuously low public support despite the fact that there is more than a year left in his current term as LDP head and thus prime minister.[1] Even Abe’s fellow LDP politicians, including his political allies, are focused on the end of Abe’s leadership and have started jockeying for position in the post-Abe era. Such has been the general media portrait of Japan’s recent political scene.

The situation has been exacerbated by recent spikes in new COVID-19 cases in Japan. Japan has had a small number of new cases compared to other nations in spite of the relatively loose measures implemented to contain the virus. As a matter of fact, Abe declared victory on May 25th when he lifted the state of emergency saying, “Japan cannot introduce a forced stay-at-home order with penalties even under the state of emergency. But Japan has more or less been successful in preventing the infection from spreading. We have displayed the strength of the Japan model.”[2]

However, following this declaration of victory, the number of infected cases has steadily increased. The daily number of confirmed cases in the nation reached 798 on July 25th.[3] The number of daily cases in Tokyo has been largely over 100 and medical facilities and professionals in the city are beginning to be overtaxed.[4] As the virus has begun to spread again, Japanese people have also begun to see Abe’s handling of the crisis in an increasingly negative light.

Political pundits have also been pointing to the schism between Yoshihide Suga, Chief Cabinet Secretary, and Takaya Imai, Executive Secretary and Special Advisor to the Prime Minister, as a sign that the power of Abe at the center of his administration has been weakening. Suga and Imai are regarded as rivals in terms of their relative closeness to Abe but nevertheless have supported Abe and his administration for a long time. Abe has worked closely with both Suga and Imai and has relied on them at important political junctures. The serious schism between Suga and Imai is not something Abe necessarily wants at this point.

When Abe abruptly announced his decision in February to call on schools nationwide to shut down, it was widely reported that the decision had been conceived with Imai’s recommendation but that Suga was never consulted. Suga was said to be furious when he learned about the decision via Abe’s public announcement. There are some reports that the relationship between Suga and Imai is on the mend, given their work on the “Go To Travel” campaign, which is designed to respond to cries for help from the sightseeing industry. Abe cannot afford to have an internal battle between two key allies who are integral to the foundation of his political leadership.

There are voices expecting Abe’s early exit due to political difficulties, but at least in the short run, this does not look like the course Japanese politics will follow. Abe has shown tremendous political resiliency and this time is no different, at least over the short run. This interpretation was closely examined in the Japan Political Pulse article titled “Prime Minister Abe’s Early Departure? Not so fast.”[7]

To be sure, Abe’s popularity is floundering and his once-touted political invincibility has been eroded. But while public support for Abe’s handling of the COVID-19 crisis has been on decline, his overall approval rating has been on the rise. This is mainly a result of very positive public views on Abe’s disaster relief efforts in Kyushu, Nagano, and the Tokai region, which have been badly affected by recent torrential rains. In the latest ANN poll, 87% of respondents support Abe in terms of his handling of disaster relief.[8]

In the latest polls by Kyodo, Nikkei, and Asahi, Abe’s overall approval rating has risen while his disapproval rate has fallen.[9][10][11] While the numerical changes are slight, movement in this direction runs opposite of expectations of those predicting Abe’s early exit.

Abe has displayed tremendous political resiliency riding out political difficulties and scandals since he became prime minister for the second time in December 2012. It is quite a contrast to the fragility of Abe’s first administration from September 2006 to September 2007. This fact is partially because of weak and fractured opposition parties and a lack of appropriate alternative candidates within the LDP to succeed Abe today. As Abe enters his last year as head of the party and as prime minister, he must act determinedly to establish his political legacy, such as the Tokyo Olympics next summer and paving the way for his desired successor to become prime minister rather than his political rivals.