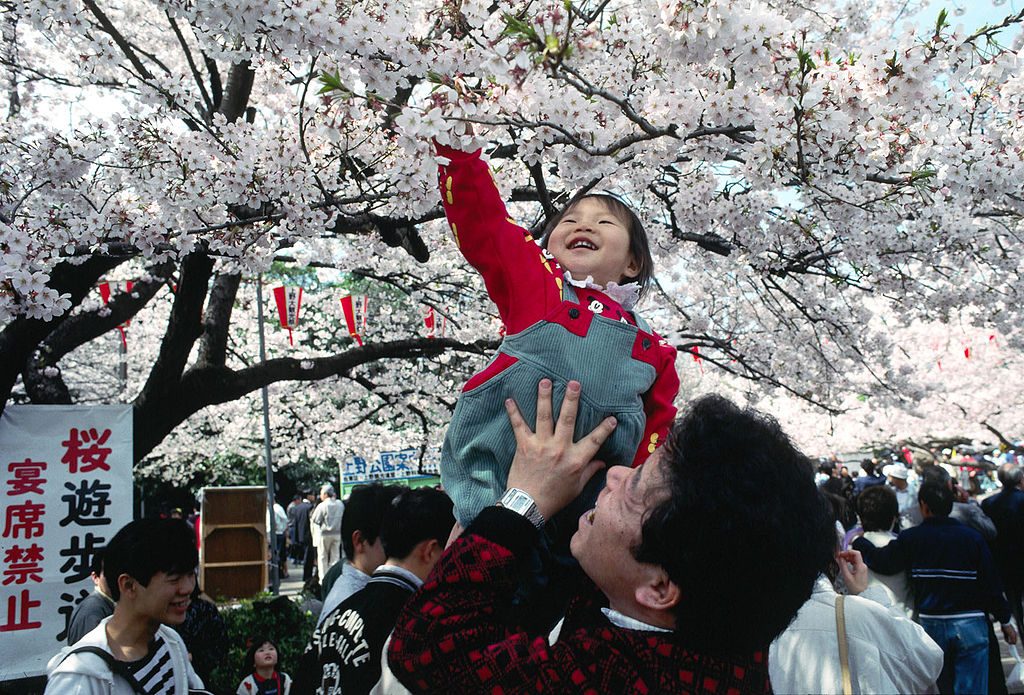 The Japanese cabinet office recently issued the results of its annual social consciousness survey, which surveyed 10,000 Japanese citizens — with replies from 5,993 — in January and February for attitudes about social values, impressions and concerns about Japanese society, and overall feelings about how Japan is governed. The survey found a high degree of satisfaction about Japanese society overall, but also found not inconsiderable anxiety about both Japan’s position internationally and the economic opportunities available to younger Japanese.

As Prime Minister Shinzo Abe himself noted (and claimed credit for), a record level of respondents said they were satisfied with society as a whole: 65.9% of respondents said they were completely (8.2%) or somewhat (57.8%) satisfied, the highest level since this question was first included in the 2009 survey. The overall level of satisfaction was generally consistent across age and gender lines.

Other questions in the survey suggest that the sources of satisfaction are relatively abstract. Asked to list the brightest qualities of Japanese society, there was broad agreement that “peacefulness,” “stability,” and “kindness” are the top three. Similarly, asked what they are most proud of when it comes to Japan and the Japanese people, 58.7% said “high levels of public order,” 56.1% said “beautiful nature,” and 51.1% said “excellent culture and arts.”

However, the high degree of satisfaction masks concrete anxieties about Japanese society and its future. As has been the case for the past decade, the most common replies to a question asking about sources of dissatisfaction were “lack of economic well-being and prospects” (43%), “difficult for young people to achieve autonomy in society” (35.5%), “difficult to raise children” (28.27%), “lack of easy work environment” (25.2%), and “difficult for women to flourish in society” (24.5%). It is encouraging that the degree of dissatisfaction with each of these issues has actually fallen slightly over the past several years — and that the 18-29 age bracket is actually less concerned about issues pertaining to economic opportunities for the young than older generations — but the dissatisfaction with material conditions is nevertheless palpable.

Meanwhile, when asked about policy areas they thought were headed in a bad direction, public anxieties were highest about the most important issues facing the government, including public finances (37.1%), the urban-rural divide (28.5%), national defense (28.2%), growth (27.4%), and foreign affairs (26.7%). The national defense figure is particularly striking, as it rose four points over the past year, is at the highest level it has been since the question was first asked in 1998, and, surprisingly, surpassed concerns about economic growth. That nearly as many indicated they are also concerned about foreign affairs suggests that the public is especially sensitive to changes in Japan’s security environment. A recent Ministry of Foreign Affairs (MOFA) survey similarly found that 88.5% of respondents either completely (56.3%) or somewhat (32.2%) agreed with the statement that the East Asian security environment is increasingly severe. By comparison, respondents expected improvements in areas like healthcare and welfare (31.4%), science and technology (25.8%), and public order (22%).

In short, Japanese citizens recognize that they enjoy a particularly high standard of living at present, but there are growing concerns about Japanese society’s ability to provide opportunities for younger Japanese and fears about the government’s ability to handle major medium- and long-term challenges at home and abroad. To its credit, the Abe government has sought to tackle, with varying degrees of success, some of the most challenging issues facing Japanese society. The extent to which the public expects an issue to worsen is not necessarily a condemnation of the Abe government’s policies; MOFA, for example, found that 81.4% of respondents said they either wholly (40.2%) or somewhat (41.2%) approved of Abe’s and Foreign Minister Fumio Kishida’s travel-intensive “diplomacy that commands a view of the globe.” However, the range of concerns suggests that many Japanese are pessimistic about the direction of Japanese society.