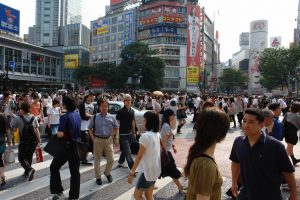 It has been one month since Prime Minister Shinzo Abe indicated that he would prioritize the revision of Japan’s constitution by 2020, reordering the political agenda and staking his government on the pursuit of the prime minister’s longtime goal. Abe’s Liberal Democratic Party (LDP) has already begun debating what revision should look like, and could submit potential amendments to the Diet by the beginning of 2018.

Public opinion will play an outsized role in shaping the calculations of the principal actors and even the content of proposed revisions. After all, according to Article 96 of the constitution, once two-thirds majorities in both houses of the Diet approve changes, a simple majority in a national referendum must then approve them. The need to win a referendum means that public opinion will cast a shadow over the entire process. The ruling and opposition parties will be watching opinion polls closely for public sentiment regarding revision overall, the government’s stewardship of the process, and the specific proposals under consideration.

A series of polls on the constitution and constitutional revision conducted by national broadcaster NHK, the Asahi Shimbun, and the Yomiuri Shimbun during the months leading up to the seventieth anniversary of the constitution’s promulgation on May 3 – when Abe made his announcement – and tracking polls conducted in the weeks since Abe’s announcement suggest that the Japanese people are deeply divided over whether and how to change the constitution. This does not mean that any revision is certain to suffer defeat in a national referendum. In fact, the polls conducted over the last month suggest that the public is receptive to a debate on revision and that there is a pathway for Abe to realize his pledge.

The in-depth polls conducted by NHK, Asahi, and Yomiuri, which used different methods (in-person interviews in the case of NHK, mail in the case of Asahi and Yomiuri) and larger samples than their usual monthly tracking polls illustrate just how messy public opinion on revision was on the eve of Abe’s pledge. At least 40% of respondents in each poll believe that revision is necessary: 43% in NHK, 49% in Yomiuri, and 41% in Asahi. However, in only the NHK poll did a plurality indicate that revision was necessary (34% said it was not). In the Asahi and Yomiuri polls, 50% and 49% respectively do not believe that revision is necessary. Support for revising Article 9, the constitution’s so-called “peace clause,” was weaker. Only 25% of respondents in the NHK poll said changing Article 9 is necessary, compared with 57% who said it is not. In Yomiuri, 42% think that Article 9 can be changed effectively via reinterpretation and implementation rather than amendment, while 18% oppose any change whatsoever (including reinterpretation). Only 35% said it should be changed. Pacifism, unsurprisingly, remains the single most important driver of opposition to revision. Asahi found that among respondents who oppose revision, 82% said pacifism was an important reason for their opposition.

Moreover, the constitution remains highly respected, even among supporters of revision. Asahi found that 89% said that it has been good for Japan, and 66% said that it is a good constitution. Even in Yomiuri’s poll, 89% of respondents said that they either strongly (35%) or largely (54%) approve of the role the constitution has played in Japanese society. In other words, many supporters of revision may not share the prime minister’s zeal for constitutional change, and their support could depend on the substance and presentation of revisions. In fact, Asahi’s poll suggested the existence of a “persuadable middle.” Asked how intensely they feel about revision, 36% of respondents said they do not feel strongly either in favor (15%) or opposed to (21%) revision. By comparison, 24% feel either very strongly (5%) or somewhat strongly (19%) in favor of revision and 27% feel either very strongly (8%) or somewhat strongly (19%) opposed to revision. To win a majority, Abe will not only have to retain the support of the soft supporters of revision – he’ll have to convince at least half of the soft opponents to change sides.

The May tracking polls conducted by Japan’s major pollsters, including NHK, Yomiuri, Asahi, the Mainichi Shimbun, the Nikkei Shimbun, and Kyodo News, found wide variation in support for Abe’s 2020 pledge. NHK’s May 12-14 poll found the public evenly divided on Abe’s pledge to revise the constitution by 2020: 44% either greatly (10%) or somewhat (34%) approved, while 45% either somewhat (25%) or greatly (20%) disapproved. Some polls found majority or plurality support for revision by 2020, with 47% support in Yomiuri (compared to 38% opposition) and 50.1% support in Kyodo (compared with 39% opposition). Nikkei also found a slight plurality (43%) in favor, compared with 39% opposed. Other polls found pluralities or majorities opposed to revision by 2020, including 47% disapproval in Asahi (compared with 35% approval). Mainichi framed its question differently, asking whether respondents believed that the debate over revising the constitution should be accelerated to meet the 2020 target; it found that only 26% support speeding up the process, compared with 59% who do not.

Importantly, the polling on Abe’s plan for Article 9 – retain the first two clauses while adding a third that clarifies the status of the Self-Defense Forces (SDF) – might be more favorable for the prime minister than the polling on support for constitutional revision overall. Yomiuri, Kyodo, and Nikkei found majorities in favor: 53% in favor versus 35% opposed in Yomiuri; 56% who said that it is “necessary” to clarify the SDF’s status versus 34.1% who said it is not in Kyodo’s poll; 51% of Nikkei’s respondents supported an SDF clause versus only 36% who opposed it. Asahi’s poll, meanwhile, found only a small plurality in opposition, 44%, compared with 41% who supported the prime minister’s proposal for Article 9. What stands out in the remaining polls is the extent to which respondents appear to be undecided about the Article 9 proposal. For example, NHK found that 32% support the plan, 20% disapprove of it, but 41% said they could not say. In Mainichi, although 49% said it is not necessary to revise Article 9, when asked about the prime minister’s plan 28% said they supported it, 31% said they opposed it, and 32% said that they could not say. The case for the second change floated by Abe, providing state funding for early childhood education as well as secondary and post-secondary education, may command majority support – 50% in Mainichi and 52% in Nikkei – but 39% told NHK that they could not say whether they approved of the proposal, compared with only 34% who approved.

[perfectpullquote align=”right” cite=”” link=”” color=”” class=”” size=””]Whether Abe succeeds at changing the constitution will depend heavily on how the process unfolds over the coming year.[/perfectpullquote]

The implication is that voters are not reflexively opposed to constitutional change, even to Article 9. However, the large numbers of respondents who said that they “cannot say” whether they support a given revision suggests that whether Abe succeeds at changing the constitution will depend heavily on how the process unfolds over the coming year. The prime minister will have to defend his moderate revisions from conservatives in the Liberal Democratic Party who want more significant changes, and moderates in the LDP’s coalition partner Komeito who do not see the prime minister’s proposals as necessary and are skeptical about the 2020 target. He may also have to at least try to forge a consensus with the Democratic Party (DP) and other opposition parties, if only to avoid the impression that he is “ramming” amendments through the Diet. The prime minister’s 2020 target could complicate his management of the process.

If the prime minister can thread the needle between conservatives within the Liberal Democratic Party who want more significant changes and moderates in the LDP’s coalition partner Komeito who are skeptical about the substance and timing of Abe’s pledge, and if he can work with or at least neutralize opposition parties to smooth the passage of revisions through the Diet, he might be able to win the support of enough voters to ratify constitutional change. But polls suggest that while voters are not instinctively opposed to revision, they are not entirely convinced of the necessity of pursuing it now, at least in the form outlined by the prime minister. Given those conditions, Abe will have little margin for error as the debate advances.