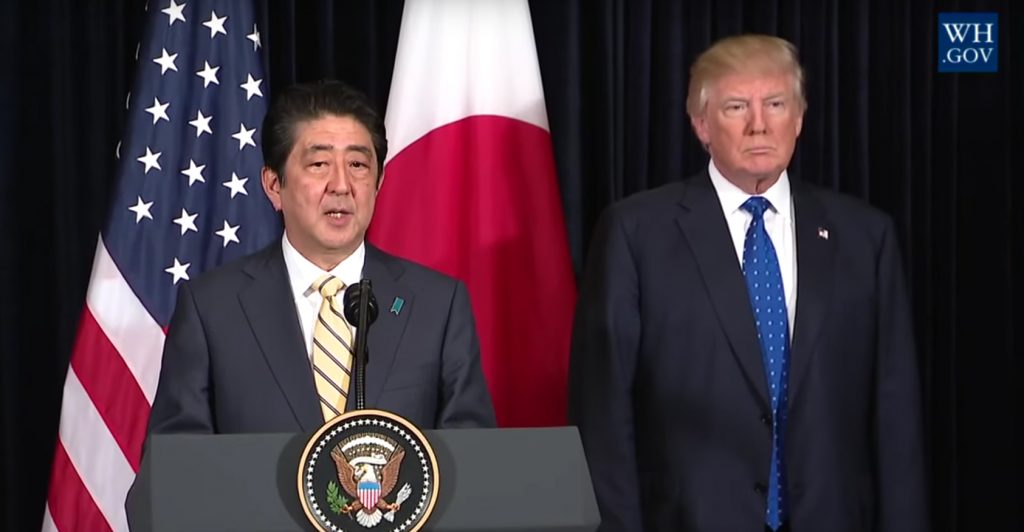 Kyodo, for example, found that 70.2% of respondents said the summit was “good,” with only 19.5% disagreeing. A smaller but still sizeable majority—60.2%—said that Abe’s trip to Florida to golf with Trump was appropriate. Kyodo found that the outcomes of the summit largely met with public approval: 77.3% approved of the announcement that Article V of the U.S.-Japan mutual security treaty applies to the Japanese-administered Senkaku Islands; 67.7% approved of the agreement to establish a new economic dialogue; and 60.2% said that it is good for Japan to cooperate to promote job creation in the U.S.

NHK recorded slightly less enthusiasm, although still high levels of approval overall: 13% greatly approved and 55% somewhat approved of the summit’s outcome, while 21% somewhat disapproved and only 6% completely disapproved. Similarly, 71% either greatly (31%) or somewhat (40%) approved of the Senkaku declaration, compared with only 21% somewhat (16%) or completely (5%) disapproving. NHK posed a different question about the new economic dialogue, asking whether the dialogue would be beneficial for Japan’s economy: 23% said it would be and only 6% said it would not, but the overwhelming majority (60%) said that they cannot say, a sensible response given that the details about the dialogue are still unclear.