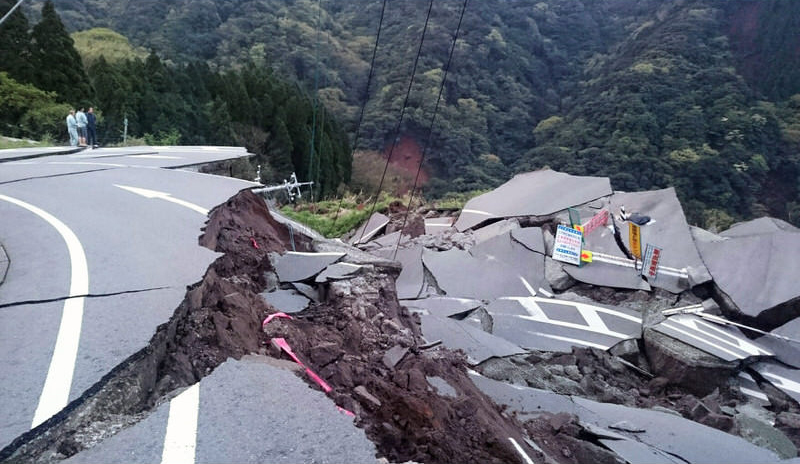 The Abe government received high marks for its handling of disaster relief and reconstruction efforts in earthquake-stricken Kyushu, and overall support remains strong despite consistent disapproval of Abenomics.

Prime Minister Shinzo Abe’s position continues to strengthen, according to recent polls by Kyodo News and the Nikkei. The results of the Nikkei poll—conducted April 29 to May 1—are especially striking: the cabinet’s approval rating rose seven percentage points to 53%, while its disapproval rating rose two points to 40%. More importantly, the Liberal Democratic Party (LDP) rose nine percentage points to 44% when voters were asked which party they intend to support in the forthcoming House of Councillors (HOC) elections, a commanding lead over the Democratic Party (DP), which polled at only 15%.

In both cases, it appears that undecided voters may be making up their minds. In the case of cabinet approval, the number of respondents who said “they cannot say or do not know” dropped from 16% to 8%, while in the case of HOC voting intentions, the share of undecideds dropped from 27% to 14%. While the opposition parties may still have time to gain on the ruling coalition, they do not have much time — the date of the HOC elections has not been formally set, although July 10 remains the most likely date. Meanwhile, the new polls show that the DP and the other parties have thus far had virtually no success attracting voters.

While public support for Abenomics was generally favorable during the earlier years of the administration, the public now consistently disapproves of the government’s signature policy program.

The government’s support is strong despite ongoing dissatisfaction with many of the Abe administration’s policies. For example, while public support for Abenomics was generally favorable during the earlier years of the administration, the public now consistently disapproves of the government’s signature policy program. In the Nikkei poll, 53% said they did not support Abenomics (up from 49%), while 36% said they did (up from 34%). Meanwhile, Kyodo found that 57% of respondents believe that Abenomics has widened inequality. Voters are increasingly opposed to the April 2017 2% consumption tax hike: 66% of respondents told Nikkei that it should not be raised from 8% to 10% in April 2017, with nearly half of them saying it should not be raised at all (27% said it should be postponed, 22% said the size of the hike should be reduced). Nikkei found strong support for the Trans-Pacific Partnership (TPP), 49% in favor versus 32% opposed, but this is small consolation for the government since other polls suggest that TPP is a low-priority issue for voters heading into the HOC elections.

The government did, however, receive high marks for its handling of disaster relief and reconstruction efforts in earthquake-stricken Kyushu. Kyodo found that 64.5% of respondents approved of the administration’s response in Kumamoto and Oita prefectures; Nikkei found that 53% approved (with 35% disapproval). Public support for the administration’s disaster response may suggest why the Abe government’s support has proven so robust: voters could be willing to forgive policy failures as long as the government remains stable and capable of acting decisively when lives are at stake, particularly as long as memories of the Democratic Party of Japan’s (DPJ) handling of the 3/11 disasters remain fresh. The upshot is that the DP will continue to struggle to convert dissatisfaction with Abenomics and other policies into votes for opposition candidates.