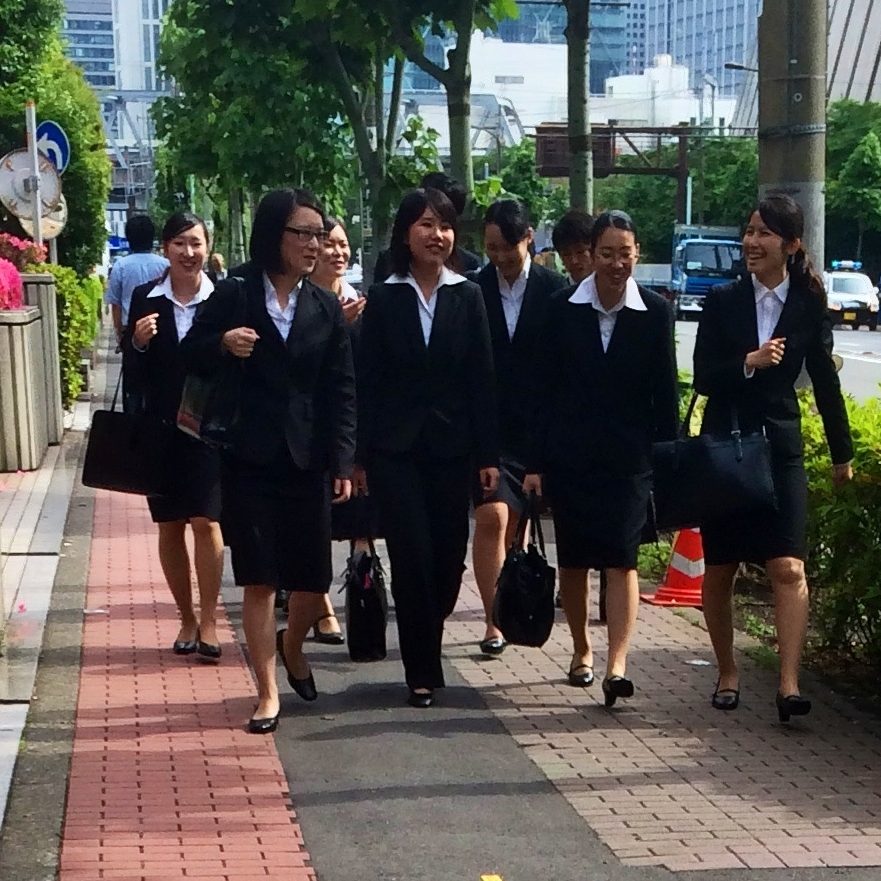 The Japanese government’s quadrennial survey of public attitudes on gender equality, published on October 31, reveals how difficult it remains for Japanese leaders to uproot traditional gender roles. Since 2012, perceptions of equality across Japanese society have barely budged, and in some areas have worsened. Despite Prime Minister Shinzo Abe’s endorsement of “Womenomics,” a high-level initiative to create new opportunities for women throughout the workforce and elevate women into leadership roles in the public and private sectors, most Japanese still believe Japanese society favors men in most situations.

However, Japan may still be in the midst of significant change in gender roles, as beliefs that men and women should play more equal roles are increasingly widespread. This suggests that despite disappointing results thus far, the administration still has a role to play in encouraging this shift, using policy tools both to create new opportunities for women and to help men adapt to new roles.

[perfectpullquote align=”left” cite=”” link=”” color=”” class=”” size=””]Perceptions of gender inequality have remained largely unchanged, and in some cases have worsened, despite signs that Japan is shifting towards a more equal society.   [/perfectpullquote]

But the public does not believe that Japanese society is uniformly unfair to women. For example, in both 2012 (67%) and 2016 (66.4%), roughly two-thirds of respondents said they viewed schools as treating men and women equally, followed by roughly half who see men and women having equal status in civil society groups and at home. In 2012, the legal system was viewed as equal by nearly the same share of Japanese (45.4%), but that share fell to 40.8% this year.

But most Japanese believe that workplaces and politics — two arenas in which power is exercised over large swathes of Japanese society and which have been traditionally male-dominated — are skewed in favor of men. In particular, 73.5% of respondents believe that men are treated favorably in political life, while only 18.9% believe that gender equality prevails. Meanwhile, 56.6% believe men are favored in the workplace, with only 29.7% believing that men and women are equal at work. These figures are virtually unchanged from 2012.

Inequality may actually be worse than these figures suggest. In each area of Japanese society, male respondents were more inclined than female respondents to report that men and women are equal.

The upshot is that perceptions of gender inequality have remained largely unchanged, and in some cases have worsened, despite signs that Japan is shifting towards a more equal society.

However, the 2016 survey suggests that even if Japanese society is not perceived as having become more equal, gender norms have continued to evolve in favor of greater equality. An absolute majority of respondents (54.2%) said it is best for women to continue to work even after bearing children, breaking the previous record of 47.5% in 2012. There is not a significant difference between women’s attitudes (55.3% favor working after childbirth) and men’s attitudes (52.9%). Interestingly, the only two age groups in which only a plurality supported this position were 18- to 29-year-olds (47.3%) and over-70-year-olds (44.9%); however, the same pattern prevailed in 2012, and there was actually an eight-point jump in approval of working mothers among the youngest bracket.

Meanwhile, for the first time ever, more respondents disagreed than agreed with the statement “husbands should work outside of the home, wives should protect the home,” with 54.3% either somewhat (34.8%) or absolutely (19.5%) opposed it, while only 40.6% somewhat (31.7%) or absolutely (8.8%) agreed with it. The latter figure dropped eleven points compared to 2012. The share of women who opposed the statement rose considerably, from 48.4% to 58.5%, suggesting that women increasingly believe they have important roles to play outside the home. However, a narrow plurality of men (49.4%) also opposed this statement, an eight-point increase relative to 2012. The breakdown by age was even more dramatic: in every bracket except over-70s, majorities opposed this statement. While some of the opposition to this perspective was driven by material needs — 40.6% said if both worked outside the home, they could earn more income — the most common reason for opposing this traditional view was opposition to a “fixed division of roles.” In short, an increasing number of Japanese have come to believe that men and women should enjoy equal opportunities to contribute inside and outside of the home.

[perfectpullquote align=”right” cite=”” link=”” color=”” class=”” size=””]Long working hours have traditionally made it difficult, if not impossible, for men to share the burden of housework, childrearing, and caring for elderly parents… the burden for all of these duties falls heavily on their spouses. [/perfectpullquote]

Changing norms are important because they provide a context for policymaking, but ultimately policy change is necessary to translate public support for more gender equality into reality. This survey’s findings are particularly important now because the Abe administration is in the midst of deliberations on a package of reforms to change how people work, including measures to combat long working hours (and the related issue of karoshi, “death by overwork”), promote more telework and flexible hours, encourage workers to take more vacation days, and encourage more generous parental and family leave policies for both mothers and fathers. These reforms are essential if men and women are to be more equal both inside and outside of the home. After all, long working hours have traditionally made it difficult, if not impossible, for men to share the burden of housework, childrearing, and caring for elderly parents. With husbands absent, the burden for all of these duties falls heavily on their spouses, whether or not they are also employed outside the home. (An NHK survey conducted in 2012 showed the extent to which women perceived the division of housework as unequal.)

The government’s survey suggests that tackling working practices that have inhibited the advancement of women in the labor force — and prevented men from being more involved at home — will be a winning issue for the prime minister. The survey found considerable support for some of the government’s major policy initiatives: 59.3% wanted policies that enable people to keep working while raising children or caring for elderly parents; 56.5% want support for people to reenter the workforce if they do have to quit to provide care; 54.2% want more childcare and eldercare facilities and services; and 45.2% want measures to combat long working hours and encourage more teleworking. These figures are largely unchanged compared with 2012, and the Abe government has, at various times, embraced all of these approaches.

Whether or not Japan is on the brink of electing its first female prime minister—there are reasons to think that it is not—the Japanese public is ready for greater equality when it comes to who is in Japan’s leadership class. Electing more women at all levels of government is the best way to ensure that Japan has enough experienced and capable women to participate in decision making at the highest levels. However, the low percentages of women in the Diet (9% and 16% in the House of Representatives and House of Councillors, respectively), prefectural assemblies (8.9%), and local assemblies (8.9%) suggest that there is more work to be done by Japan’s political parties to draw women into politics. Even without explicit measures or quotas, creating more opportunities for women in other areas of Japanese society could ultimately result in more women interested in running for public office.