This article has also been featured on Nippon.com. View that version here. 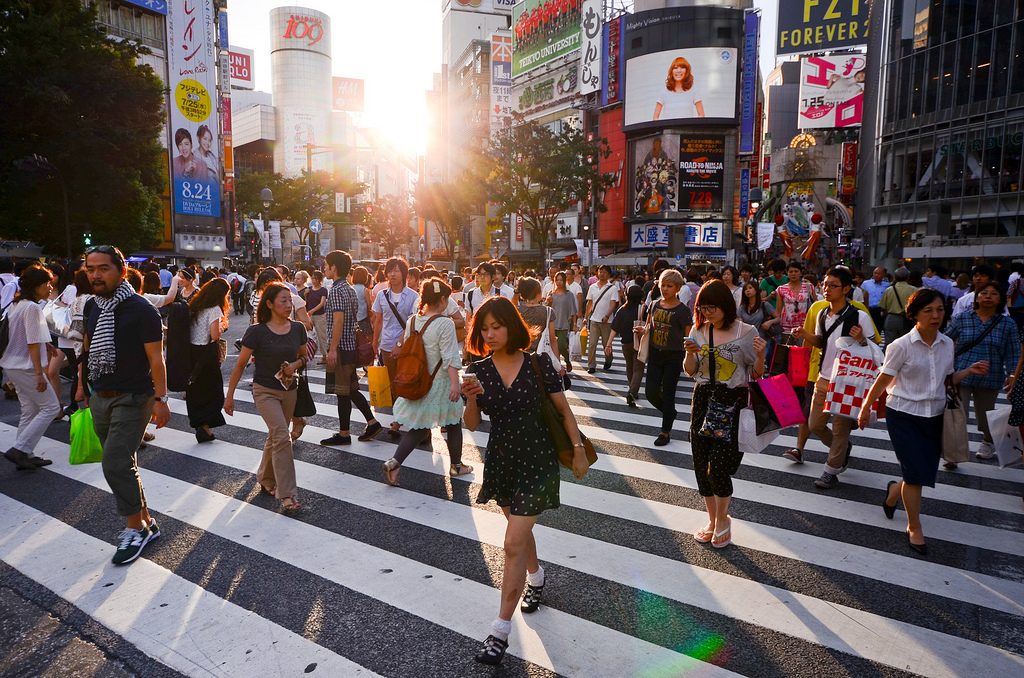 Japan’s cabinet secretariat conducts an annual large-scale survey to assess what individuals think of their quality of life. The survey provides a useful snapshot of the context in which the government conducts economic policymaking. It asks citizens to identify the extent to which they are content with pocketbook issues — their incomes and savings — and more abstract concepts like leisure time and opportunities for self-improvement.

The 2016 version, conducted in June and July, drew upon interviews with 6,281 randomly selected citizens and shows that, more than three years into the Abenomics experiment, Japanese citizens are largely satisfied with their livelihoods. In fact, 70.1% said they are satisfied (10.7%) or somewhat satisfied (59.4%) with their quality of life at present. This degree of satisfaction, unchanged from last year, is once again one of the highest figures since the survey was first conducted in the early 1960s. The same breakdown is present in nearly every category — age, occupation, and sex — although there are some important exceptions.

The young are considerably more satisfied than older age cohorts, and there is a marked difference in satisfaction between the self-described upper and middle classes and lower classes as well as between professional workers and service and manual laborers.

First, the young are considerably more satisfied than older age cohorts. Respondents aged 18-29 were considerably more satisfied than their elders: 83.4% said they were satisfied, compared with only 15.4% who said they were not. Young women were actually more satisfied than young men, with 84.8% satisfied with their livelihood. These numbers are higher than in 2015, which could reflect an increasingly tight labor market. Second, not surprisingly there is a marked difference in satisfaction between the self-described upper and middle classes and lower classes as well as between professional workers and service and manual laborers. Among those rated as lower-middle class and lower class, only 44.8% and 24% respectively said they were satisfied. Meanwhile, satisfaction among those working in retail and service, along with manufacturing and transportation, was 65% and 60.5% respectively. These figures are slightly worse than in 2015.

Not only did the survey find that many Japanese are satisfied with their lifestyles at present, but the vast majority expect that these circumstances will not change in the future. A quarter of respondents expected their quality of life to worsen, while only 8.7% expect it to improve. Here, too, the young are more optimistic than the old: 22.9% of respondents aged 18-29 expect their livelihoods to improve, while only 8.3% expect them to worsen going forward.

The greatest sources of satisfaction were food, housing, and consumer goods, pointing to the high standard of living in Japan.

If the young are confident that life will get better, the survey also shows the extent to which anxieties about aging and retirement are weighing on the Japanese public. For the past several years, roughly two-thirds of respondents have reported feeling “worry and anxiety.” The most common worries are directly related to aging: 54% worry about quality of life in old age, 51.6% worry about their health, 42.8% worry about their family’s health, and 39.5% worry about their income in the future. Not surprisingly, when asked which policy areas the government should focus on, 64.4% said “maintaining health care, pensions, and social security,” compared with 56.2% who said “economic stimulus,” 51.9% who said “responding to an aging society,” and 37% who said “employment and labor issues.” Older cohorts especially want the government to focus on social security: 63.6% of over-70s, 70.1% of 60-69-year-olds, and 69.5% of 50-59-year-olds. Economic stimulus was the most popular response among 18-29 year-olds (58%), 30-39 year-olds (65.8%), and 40-49 year-olds (63.5%), showing the extent to which the debate within the Abe government over how to balance growth and fiscal sustainability is shaped by a demographic divide.

Finally, the survey shows what might be called Japan’s “economic values.” A majority of respondents — 53.2% — said their primary reason for working is to earn money, compared with only 19.9% who said they work to find their purpose in life, 14.4% who said it is to contribute as a member of society, and 8.4% who said they work to use their knowledge and talent. Here, too, there is an age gap: more than two-thirds in cohorts 18-49 work primarily to earn money. Meanwhile, more respondents (60.7%) said that their ideal job would have “stable income” than any other quality, although “fun for me” was a close second (57.6%). Only 26.8% cited job security and only 17.1% said a high income would be ideal. As has been the case over the past decade, respondents said if forced to choose between more income and more free time, a slight plurality (45.3%) would prefer more income to more time (35.8%).

The picture then, is of a society largely satisfied with the economic status quo. There is undoubtedly discontent on the margins — the desire for more economic security is universal, and anxiety is particularly acute among retirees and those approaching retirement — but most Japanese are content with their economic lives and do not expect much to change.