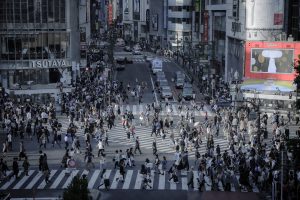 Prime Minister Shinzo Abe, fresh off his successful bid for a third term as leader of the Liberal Democratic Party (LDP) in the September 20, 2018, party election, announced a new lineup for his cabinet and for the LDP’s leadership on October 2, 2018. The August 2017 reshuffle brought talented and experienced LDP politicians who had at times been critical of Abe into the government and arguably revived the prime minister’s fortunes after the LDP suffered a defeat in Tokyo metropolitan assembly elections. This week’s reshuffle elicited no such response. Instead, constrained by the need to repay faction leaders for their support in the LDP election, Abe’s new cabinet is notable mostly for its factional balance, a high number of first-time cabinet ministers (12 of 19), and the low profile of many of its members.

The policy impact of the reshuffle will be slight: Abe retained some of his most important advisers, including Chief Cabinet Secretary Yoshihide Suga, Finance Minister Taro Aso, Foreign Minister Taro Kono, and Economic Revitalization Minister Toshimitsu Motegi. Politically, however, the results are more uncertain. The reshuffle may quiet some complaints about relatively senior LDP members not getting the cabinet posts they feel they deserve and mollify faction leaders. However, bringing a large number of new cabinet ministers could invite critical scrutiny of their finances and beliefs–Education Minister Masahiko Shibayama’s favorable view of the Meiji-era Imperial Rescript on Education has already been reported on–and result in weaker support for the government.

Three polls conducted October 2-3, after the reshuffle, found that the public’s reaction to the new cabinet was lukewarm at best. A Nikkei Shimbun-TV Tokyo poll found that only 28% approved of the new cabinet, while 44% disapproved. A sizeable plurality (35%) of those who approved of the new lineup cited a “sense of stability” as the most important reason for approving, followed by 15% who cited the importance of merit in choosing ministers. But the reasons for disapproval of the reshuffle were more varied, with 26% saying that it was too dominated by factional intentions, 17% saying that it failed to advance younger politicians, 14% each saying that the new ministers lacked “freshness” and that the cabinet was not selected on the basis of merit, and 11% saying that it failed to advance women. In other words, there were relatively few reasons to be satisfied with the reshuffle, but no shortage of reasons for dissatisfaction.

Three polls conducted October 2-3, after the reshuffle, found that the public’s reaction to the new cabinet was lukewarm at best.

A Yomiuri Shimbun poll similarly found a plurality opposed to the new lineup, with 45% disapproving and 38% approving. Unlike the Nikkei poll, Yomiuri asked specifically about Abe’s choices and found that a majority (57%) disapproved of Abe’s retaining Aso following the finance ministry’s role in covering up a land sale to a school headed by one of the prime minister’s acquaintances; 51% approved of the appointment of Satsuki Katayama, the sole female minister; and 71% approved of Abe’s appointment of Takashi Yamashita, a member of the faction of Shigeru Ishiba, the man Abe defeated last month, as justice minister. Meanwhile, only 37% approved and 41% disapproved of Abe’s appointment of former Economic Revitalization Minister Akira Amari, who resigned in 2016 due to a bribery scandal, as LDP election strategy chairman.

Finally, a Kyodo News poll found that, similar to Nikkei’s poll, only 31% approved of the new lineup while 45% disapproved. Additionally, a majority of 52% disapproved of Aso’s reappointment.

Meanwhile, as Abe begins his third term as LDP leader, the public is mixed on the government’s agenda. The agreement to open trade talks with the United States, for example, was received favorably by the Japanese public. 60% approved in Yomiuri (which specifically noted that that the United States agreed not to raise automobile tariffs while talks are going), while Nikkei’s more minimalistic version of this question still found 45% approval to 36% disapproval for the agreement. The public does not appear to agree with the criticisms of opposition lawmakers that Abe broke his pledge not to enter bilateral free trade agreement negotiations with the United States.

The latest polls also include warning signs to Abe not to prioritize constitutional revision in the immediate term.

But the latest polls also include warning signs to Abe not to prioritize constitutional revision in the immediate term. Kyodo asked respondents to pick two issues that the government should prioritize. Revision was the very last, selected by only 8.6% of respondents (pensions and healthcare led with 38.7%, followed by economic policies with 36.1%). Only 36.4% approved of Abe’s determination to submit revisions to the Diet during the forthcoming extraordinary session–48.7% are opposed. In Nikkei’s poll, when respondents were asked the same question but allowed to choose as many policies as they wanted, constitutional revision was still last with 13% (again, behind social security with 41% and economic recovery with 40%). Nikkei also asked respondents when they think a national referendum on constitutional amendments should be held: 26% said “after 2021” and 28% said they oppose revision, meaning that a majority does want revision to be done while Abe is in office.

The public is also opposed to the Abe government’s approach to U.S. base relocation efforts in Okinawa. 54.9% opposed the government’s announcement that it would proceed with plans to build a Futenma replacement facility in Henoko despite the victory of Denny Tamaki, who campaigned on opposition to the Henoko plan, in last month’s gubernatorial election. Yomiuri, in fact, found that 63% approved of Tamaki’s victory. However, despite public sentiments against the realignment plan, Okinawa issues are unlikely to have national political ramifications for the prime minister.

The fact is that as Abe begins his final three years in office, public attitudes about him and his government remain largely unchanged. The foundation for his support remains appreciation for the sense of stability he has brought to Japan’s government and, less positively, a sense that there is no plausible alternative to Abe. The public approves of his handling of some issues–he continues to get high marks for foreign policy, most notably–but is also wary that Abe will be distracted by constitutional revision instead of focusing on the pocketbook issues that voters care about most. Barring an external shock, this dynamic could continue for some time to come.