All Eyes on Suga’s Foreign-Policy Agenda 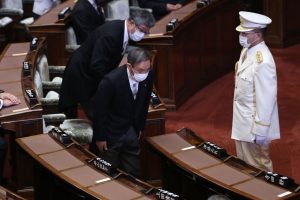 WASHINGTON – It’s been a month and a half since Shinzo Abe’s abrupt resignation, and Washington’s attention quickly shifted to successor Prime Minister Yoshihide Suga — virtually an unknown politician among the international community despite the fact that he had played a powerful role throughout the Abe administration as chief Cabinet secretary. Gradually, Washington is beginning to see the outlines of Suga’s policies from the viewpoint of U.S.-Japan relations. Read more.