Prime Minister Shinzo Abe’s approval ratings in the latest Yomiuri Shimbun poll have fallen suddenly by ten percent. The plunge comes in the midst of a scandal — a steeply discounted public land sale to a private right-wing educational foundation in Osaka with links to the prime minister and his wife — that has dominated headlines and parliamentary debate. The Yomiuri poll, in which Abe’s approval fell from 66% to 56%, found that 85% of respondents were unconvinced by the government’s explanation for the discount, and 64% were unconvinced by Abe’s claims that neither he nor his wife had anything to do with the sale. 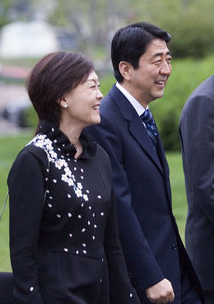 Despite the drop in approval ratings, however, they remain historically robust and well above disapproval ratings. The addition of the Yomiuri poll to Japan Political Pulse’s ten-day rolling average actually gave Abe a slight bump in the aggregate, from 51% to 52%. While the drop in the Yomiuri poll was bigger than some other polls — a wave of polls conducted earlier in March showed a roughly five-point drop in government approval — Yomiuri’s poll has also historically been an outlier, showing considerably more support for Abe than its peers. Even with a ten-point drop, the government’s approval is higher in Yomiuri than in other polls.

However, there is little question that the scandal surrounding Moritomo Gakuen, the foundation that planned to open a primary school on the land, has damaged the prime minister. As the Yomiuri poll found, the public is entirely unconvinced by the explanations that Abe has thus far provided for the relationship that he and his wife have with the controversial foundation and its former head, Yasunori Kagoike, or for the finance ministry’s decision to sell government land for roughly 800 million yen less than its appraised value.

Other polls have shown similar levels of dissatisfaction. In an NHK poll, 80% of respondents said that they were either largely (31%) or wholly (49%) unconvinced by the government’s explanation of the deal. In an Asahi poll, 81% of respondents said it was “improper,” and 71% said they were unconvinced by the government’s claims that the sale was handled lawfully. Polls also showed broad support for a fuller accounting, with 71% of Asahi respondents and 55% of NHK respondents in favor of Kagoike testifying before the Diet about the deal. 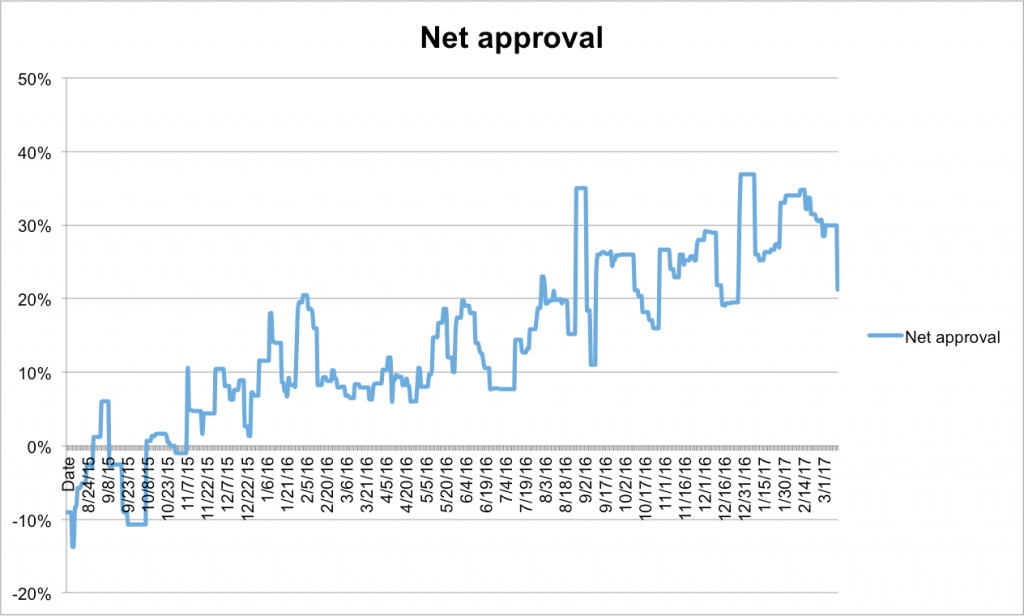 It is possible that the controversy is nearing its conclusion. The Liberal Democratic Party (LDP), after weeks of resistance, has consented to permitting Kagoike to testify before a joint meeting of the upper and lower house budget committees on March 23. One way or another, this could be the climax of the scandal: parliamentary questioning could either expose gaps in Kagoike’s credibility or, seemingly less likely, reveal a broader effort by senior politicians and officials, if not Abe himself, to assist Kagoike and his former institution.

If the scandal dissipates, the prime minister’s approval ratings will likely stabilize. The Yomiuri poll suggests that Abe has shed some support from 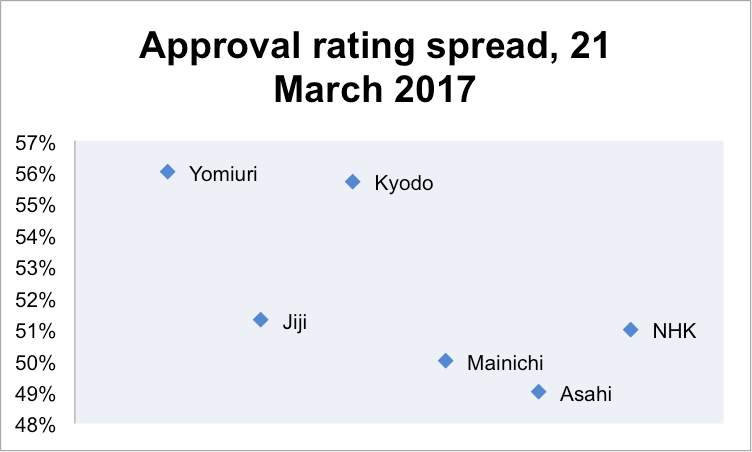 independents — his support among that group fell from 45% to 33% — but has retained the support of LDP supporters. As long as he continues to enjoy the support of his party, Abe will be able to weather the scandal. And the independents may not even be lost for good. Despite the scandal, neither the Democratic Party nor any other opposition party has gained support at the LDP’s expense. Good news, such as positive economic data or a foreign policy triumph, could draw independents back into Abe’s camp.

That assumes, of course, that no evidence surfaces showing that Abe was either involved in the land deal or was aware of the arrangement despite his claims to the contrary. If credible evidence were to emerge, it would likely prove fatal to the prime minister’s government.