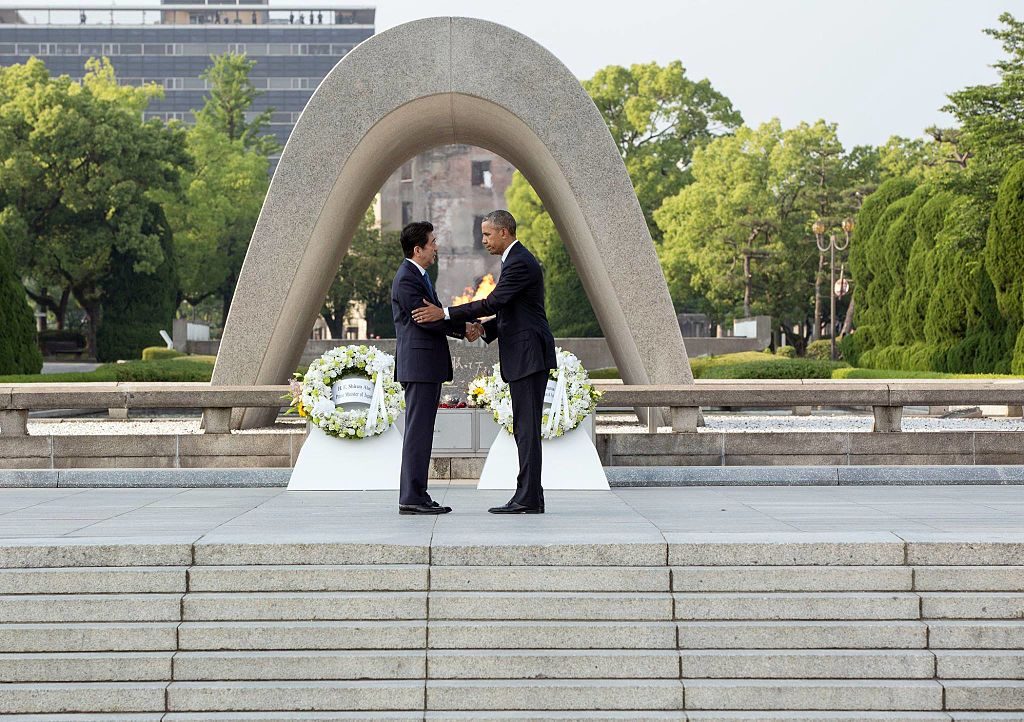 The spring Diet session ended on June 1 with the Abe government enjoying overwhelming support just five weeks before Japan votes for half of the members of the 242-seat House of Councillors (HOC). Prime Minister Shinzo Abe’s hosting of the G7 summit in Ise-Shima May 26-27, U.S. President Barack Obama’s historic visit to Hiroshima, and Abe’s decision to postpone the 2% consumption tax increase scheduled for April 2017 until October 2019 have all contributed to a significant jump in the administration’s support, from a ten-day weighted average of 45.26% before the summit to 50.95% on May 31. The spike in the government’s support was driven by three polls – Kyodo News, the Nikkei Shimbun, and the Mainichi Shimbun – conducted immediately after the summit from May 28-29.

The most significant jump was in the Kyodo poll, which not only reported a seven-percentage-point increase (to 55.3%) in the administration’s approval ratings, but also seven-point increases in the Liberal Democratic Party’s (LDP) overall support (to 44.4%) and the LDP’s support in proportional representation voting in the HOC elections (to 40.3%). Given that the same Kyodo poll recorded 98% approval of Obama’s visit to Hiroshima – and approval of Abe’s leadership of the G7 summit, which received 78.4% approval – it is possible that the dramatic spike in this poll was driven by positive feelings about the previous days’ events. Abe’s approval rating also rose three points to 56% in Nikkei’s poll, which found 92% approval for Obama’s visit. Even if these numbers soften in subsequent polls, they suggest that Abe’s leadership is still broadly appealing to voters, which will make it difficult for the opposition parties to make significant gains in the July 10 HOC elections.

In fact, the new polls showed support for the Democratic Party (DP) virtually unchanged, stuck in the high single digits in overall support and the low teens for HOC voting. More significantly, Nikkei’s poll found that support for HOC electoral cooperation between the DP and the Japanese Communist Party (JCP) has dropped, with disapproval (42%) surpassing approval (35%). DP leaders are gambling that the benefits of a unified opposition vote will outweigh any costs in terms of alienating independent voters with an “allergy” to the JCP. If the Nikkei poll is accurate, it could be a portent of low turnout by independents, complicating the opposition’s bid to gain seats at the ruling coalition’s expense.

[perfectpullquote align=”left” cite=”” link=”” color=”” class=”” size=””]Abe’s hosting of the G7 summit in Ise-Shima, Obama’s historic visit to Hiroshima, and Abe’s decision to postpone the 2% consumption tax have all contributed to a significant jump in the administration’s support.   [/perfectpullquote]

The opposition is struggling despite continuing dissatisfaction with the Abe administration’s policies. Although disapproval for Abenomics runs higher than approval (49% to 38% in the Nikkei poll), the opposition parties have thus far had little success arguing that Abe’s decision to postpone the consumption tax hike again is a sign that Abenomics has failed. The consumption tax hike was considerably less popular, with 60-70% of respondents opposing raising it on schedule, suggesting that the benefits to Abe of postponing the tax hike outweigh any criticism that the opposition parties could levy against the prime minister.

Meanwhile, the arrest of a U.S. Navy civilian employee in Okinawa suspected of the murder of a twenty-year-old girl has brought new issues to the fore, with 46% of respondents in Nikkei’s poll disapproving of the government’s handling of the incident compared with 37% who approved. Kyodo meanwhile found that 71% of respondents believed that the U.S.-Japan status of forces agreement (SOFA) should be revised, compared with only 17.9% who did not support revision. However, while this issue could help the opposition win the Okinawa constituency in the HOC elections – continuing the government’s struggles in Okinawan elections – it is unlikely to influence the vote nationwide.

While it is possible that the race could tighten as opposition candidates bring their critiques of Abenomics directly to voters, there are few signs that the DP and its partners will be able to bring nonaligned voters out in sufficient numbers to improve their chances in July.