A Renewed Sense of Leadership for Prime Minister Suga 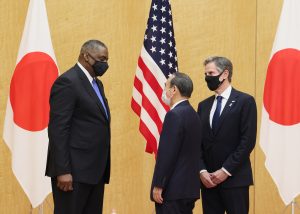 The trend is clearly moving in a better direction for Prime Minister Suga. Japanese people have begun to see him in a more positive light.

The biggest factor in this turnaround has been COVID-19. Prime Minister Suga made a critical decision to introduce new emergency declarations to Tokyo, Chiba, Saitama, and Kanagawa on January 7. He added Tochigi, Gifu, Aichi, Kyoto, Osaka, Hyogo, and Fukuoka on January 13. The highest number of daily new cases was 7,949 on January 8.[5] But the number clearly began to decrease in the second half of January after the emergency declarations were put into place, with the daily new number of cases dropping to 1,791 on February 1.

It is still too early to declare a victory against COVID-19 as the daily number of new cases have stagnated somewhere between 1,000 and 2,000 for most of February and March. Public health experts, including Dr. Shigeru Omi, chair of the government’s expert committee on the coronavirus, agree that this is not the time to ease economic and social restrictions, particularly when the vaccine rollout has been slow in Japan. However, the declining trend in daily cases has helped Prime Minister Suga reduce doubt about his ability and leadership to contain the virus.

Another factor in this rebound is Prime Minister Suga’s handling of China. To put it in a nutshell, Japanese citizens see the Suga Cabinet’s hardline approach to China favorably.

A case in point is the recent top-level diplomatic and security meeting between Japan and the United States. Foreign Minister Toshimitsu Motegi and Defense Minister Nobuo Kishi met Secretary of State Antony Blinken and Secretary of Defense Lloyd Austin in the U.S.-Japan Security Consultative Committee (2+2) on March 16 in Tokyo. The joint statement issued following the meeting criticized China by name for the first time in the history of the 2+2 between the U.S. and Japan: “The United States and Japan acknowledged that China’s behavior, where inconsistent with the existing international order, presents political, economic, military, and technological challenges to the Alliance and to the international community.”[6]

Such a view seems to have been widely shared by Japanese people. In the latest ANN poll conducted less than a week after the 2+2 meeting, an overwhelming majority of 85% “support” Prime Minister Suga’s strong stance against China, while only 7% “do not support” his strong stance against China.[7] Many LDP leaders think it is advisable for Prime Minister Suga to continue to handle the relationship with China with resolution not only because of the poll numbers, but also due to the serious challenges and threats which China poses to Japan and countries in the region.

Prime Minister Suga is reportedly scheduled to meet with President Joe Biden at the White House on April 9. If the meeting materializes, he will be the first foreign leader to meet President Biden. The two leaders are expected to discuss China, climate change, supply chains, and COVID-19. This is going to be an important opportunity for Prime Minister Suga to symbolically cement the bilateral security alliance with the U.S. while having the China challenge in mind. It is also an opportunity for Prime Minister Suga to show his ability to handle foreign and security issues, which are not regarded as his forte.

If Prime Minister Suga could effectively deal with “pro-China” LDP leaders like the powerful Party Secretary-General Toshihiro Nikai following the bilateral meeting with President Biden and successfully hold the Tokyo Olympic Games, Prime Minister Suga would further improve his poll numbers. This could possibly pave a way for him to secure another term as President of the LDP, which would essentially extend his prime ministership.