True Stories from Japan: Common concerns for a stable and prosperous Asia

Rana Siu Inboden is Distinguished Scholar at the Robert S. Strauss Center for International Security and Law at the University of Texas. She participated in a November 2013 trip sponsored by the Sasakawa Peace Foundation and organized by Project 2049, and wrote this blog reflecting on her experience. 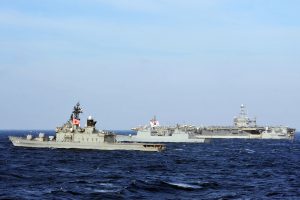 Having spent most of my career focusing on China, I was eager to learn more about Japan, especially the U.S.-Japan alliance. Our delegation included participants with a wide range of experience from think tank scholarship and previous work on Capitol Hill to the U.S. government. The diverse expertise and experiences made our exchanges with our Japanese interlocutors much richer and more substantive. Our discussions ranged from discussing Japanese oil policy to the future of U.S. military bases in Okinawa.

Our delegation began our trip in Tokyo, where we met with a wide range of Japanese policy-makers and journalists. We were fortunate that our delegation enjoyed excellent access to several cabinet members and Ministry of Foreign Affairs officials, including those responsible for North America and East Asia. This part of the trip underlined to me our two countries’ shared interests and values. Our Japanese counterparts were candid in expressing their concerns over threats from North Korea and Chinese adventurism in the South China Sea. I was struck that the concerns they expressed to us closely mirror U.S. interests for a stable and prosperous Asia.

Following our time in Tokyo, we journeyed to Okinawa, where we met with local Japanese officials and visited Marine Corps Air Station Futenma and Kadena Air Base. Our time in Okinawa helped me appreciate the issues facing the local population as the hosts of the U.S. military presence in Japan. At the same time, I came away with a greater appreciation for the role the U.S. military plays in keeping the region safe and protecting the interests of our nation and those of our allies. As we stood on a small hill on Kadena Air Base, we read a plaque with an inscription that ended with the words “… jet noise is truly the sound of freedom” just as U.S. jets roared above us.

Aside from the formal meetings, I was struck by the sense of ease and comfort I felt while traveling in Japan. Although I speak proficient Chinese and spent many years studying and working there, I felt much more relaxed and at ease in Japan. Even though I don’t speak Japanese, I felt welcome there and the Japanese people were incredibly gracious and hospitable. I think this is a reflection of the shared values of our two countries, including human dignity, social justice and order, peace, and free enterprise. Although the economic malaise appears to have weakened the Japanese peoples’ confidence in some ways, Japan still embodies sound values and there is much to suggest that Japan still has a bright future.

The trip also allowed me to enjoy other aspects of Japanese culture and society. Jogging around the imperial palace left me with an appreciation for Japanese aesthetics. More modern Japanese design, including the high rises in Ginza, retain the same sense of order. Of course, I ate as much sushi as I could during the trip to Japan and was not disappointed in the quality of Japanese cuisine. Some Japanese friends even cajoled me into trying “chicken sushi.” After hearing a long explanation that salmonella was not a concern because of the high standards and quality controls Japanese have for food, I tentatively tried it – and admit that it had the delicate flavor and texture of yellowtail.