Christopher Griffin is the Executive Director of the Foreign Policy Initiative. He wrote this blog reflecting on his experience with a delegation to Japan in November 2013. 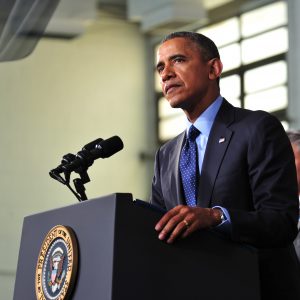 Shortly before departing for an SPF-USA delegation in November 2013, I read Prof. Kunihiko Miyake’s assessment of President Obama’s handling of the Syria crisis that summer, in which he concluded that “the powers in East Asia that support a status quo may not be able to count on U.S. intervention in case of crises such as that in Syria, at least for the next few years.” This concern would inform our many meetings with policy makers and opinion leaders over the course of our week in Tokyo, and demonstrated that even if the United States seeks to “pivot” to Asia, we cannot do so credibly if we abandon our commitments elsewhere in the globe.

During our meetings, Japanese officials and opinion leaders emphasized the efforts of the Abe government to strengthen ties to Japan’s Southeast Asian neighbors – the Prime Minister had visited all ASEAN countries over the course of 2013 in advance of a planned summit in December.  They also described Tokyo’s efforts to develop a bilateral security agenda with the United States, which has since culminated in the April 2015 release of updated bilateral security guidelines.  Two points that were made clear in all our meetings was that Japan continues to view the United States as an essential partner in its efforts to deter Chinese aggression, and that the doubts created by the Syria crisis had cast a pall over U.S. credibility in the region.

American credibility was put to the test in Asia when China announced its establishment of an air defense identification zone (ADIZ) over the East China Sea on the final day of our trip.  Both Washington and Tokyo quickly denounced Beijing’s move, and the United States responded by flying B-52 bombers through the proclaimed ADIZ. In the two years since that SPF-USA trip to Japan, the world has grown more dangerous in the wake of Russia’s invasion of Ukraine, the rise of the Islamic State, and continued Chinese provocations along its borders.   Despite these challenges, there remain many opportunities to strengthen the U.S.-Japanese cooperation and enhance the credibility of this bedrock alliance.