True Stories from Japan: Face to face with Japan’s resiliency

Ari Ratner is the Founder and CEO of Inside Revolution. He wrote this blog reflecting on his experience visiting Japan in March 2011. 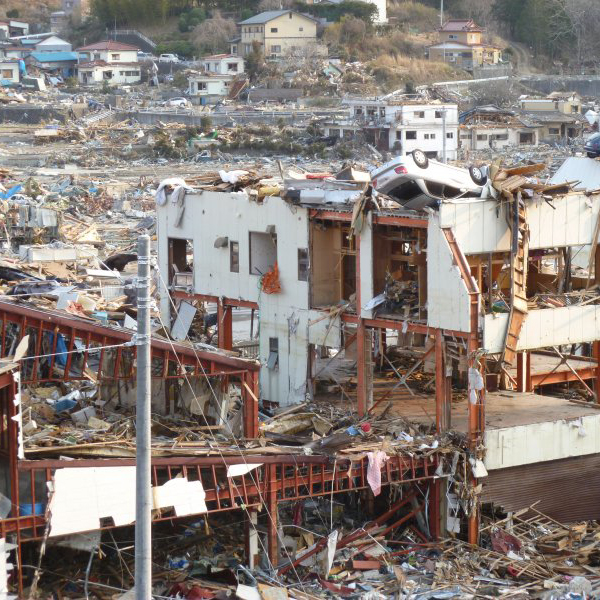 I visited in Japan on a Sasakawa Peace Foundation USA-sponsored trip in March 2011 as my last journey as a political appointee in the U.S. State Department. It was almost exactly a year to the date following the devastating Tōhoku earthquake of 2011. Throughout my time at the State Department, it was always visits to the field that had the greatest impact on me. Yet still, I was unprepared for the devastation we saw in the Japan’s north.

The trip began with a tour of Sendai and the surrounding countryside, where we stayed at a beautiful ryokan, sampling the finest in Japanese cuisine and hospitality. (I, of course felt like the out of place American when a fellow trip participant and I accidentally stumbled into the hot spring reserved for women and a group of octogenarians shouted at us in a language whose words I could not understand, yet was universal— I still apologize!). But despite both the humor and tremendous hospitality of the trip, it was the devastation of the earthquake’s aftermath that most sticks with me: whole towns leveled on the coast, untold numbers of cars piled up in a graveyard inland, the looks of survivors’ faces.

Now again, you could see Japan’s resiliency alive. In a visit to an airbase that had already been rebuilt; in meetings with the government and civil society in Tokyo; in a visit to the exquisite peacefulness and spirituality of Kyoto; in a visit to Hiroshima—I experienced first hand Japan’s journey.

Early in my career, as a young reporter, I had worked for the Japanese newspaper Yomiuri Shimbun as a correspondent in their Los Angeles bureau. Working with colleagues both from Japan and America, I experienced first-hand the deep friendship between our two countries, and the universal values that are embedded within our relationship: a commitment to a free press and free thought; hard work and fair play; mutual understanding and shared values.

As part of that job, I traveled to New Orleans in the immediate days following the devastation of Hurricane Katrina, where I could see in my own country a tragedy of biblical proportions unfold on a city that is so special to America and to the world.

Yet both in New Orleans and in northern Japan, in spite of the significant mistakes sometimes that compounded the disaster, the spirit of the people remains alive. It has and will continue to allow these regions to rebuild. With our mutual support, may they continue to come back stronger than ever. And may their courage be another capstone on our shared friendship.