Women in Politics: Case of Japan and South Korea

On May 18, 2017, Sasakawa USA hosted a private roundtable discussion on the topic of “Women in Politics: Case of Japan and South Korea,” featuring presentations by Dr. Mari Miura, Professor of Political Science, Faculty of Law at Sophia University in Japan, and Dr. Ki-young Shin, Associate Professor for the Institute for Gender Studies at Ochanomizu University in Japan.

The presentations addressed the gender gap in Japanese political leadership in comparison with the situation in South Korea, and examined the factors and challenges to increasing the number of female legislators in both countries. Zooming in on the electoral system as a factor, the two scholars explored the potential impact of introducing a gender quota system to increase the number of female candidates running for office. The discussion also identified other cultural and societal constraints that are common in Japanese and South Korean societies, and compared the situation in those countries with that in the United States.

The event included about 20 participants, including think tank and university scholars interested in the state of women’s participation in politics in Japan and South Korea, practitioners at non-profits providing leadership training for women, and female professionals active in the Washington, D.C. policy community. The event was invitation-only and the discussion was held off-the-record.

The two speakers visited Washington, D.C. as part of a program developed by the Sasakawa Peace Foundation in Tokyo entitled “International Comparison of Women in Political Leadership.” Following further research, the program will focus on identifying and helping to train women who are interested in becoming active in Japanese politics. 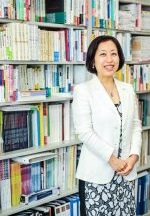 Dr. Mari Miura is Professor of Political Science, Faculty of Law at Sophia University in Japan. She is the author of Welfare Through Work: Conservative Ideas, Partisan Dynamics, and Social Protection in Japan (Cornell University Press, 2012) and Making Our Voices Heard—Revival of Representative Democracy (in Japanese, Iwanami Shoten, 2015). She is the editor of Japan’s Women Representatives (in Japanese, Asahi Shimbun Shuppansha, 2016) and co-editor of Gender Quotas in Comparative Perspectives: Understanding the Increase in Women Representatives (in Japanese, Akashi Shoten, 2014).

Dr. Miura serves as the academic advisor to the Working Team of the All-partisan Caucus for the Promotion of Women’s Empowerment and Participation in in Politics. She has also co-founded an academic research network on Gender and Diversity in Political Representation (GDRep) with Ki-young Shin and Jackie F. Steele. She earned her Ph.D. in Political Science from University of California, Berkeley. 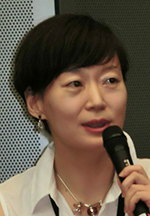 Dr. Ki-young Shin is the Associate Professor for the Institute for Gender Studies at Ochanomizu University in Japan. She holds a Ph.D. in Political Science from University of Washington in Seattle. Her current research interests include gender quotas, comparative women’s movements and gender policies in East Asia.

Her recent works are published in International Journals such as International Political Science Review, Politics & Gender, Pacific Affairs among others. She has contributed to the Oxford Handbook of Feminist Theory (Oxford Univ. Press 2015), Gender and Power: Towards Equality and Democratic Governance (Palgrave McMillan 2015), and Handbook of Japanese Politics (Routledge 2011) as well as many Japanese and Korean books.

Dr. Shin organized an academic research network on Gender and Diversity in Political Representation (GDRep) with Mari Miura and Jackie F. Steele. She was awarded the Betty Nosveld Best Paper on Women and Politics by the US Western Political Science Association in 2004. 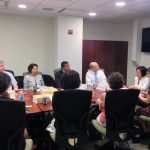 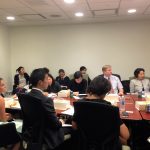 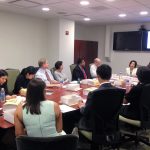 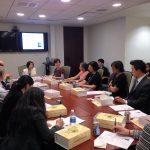