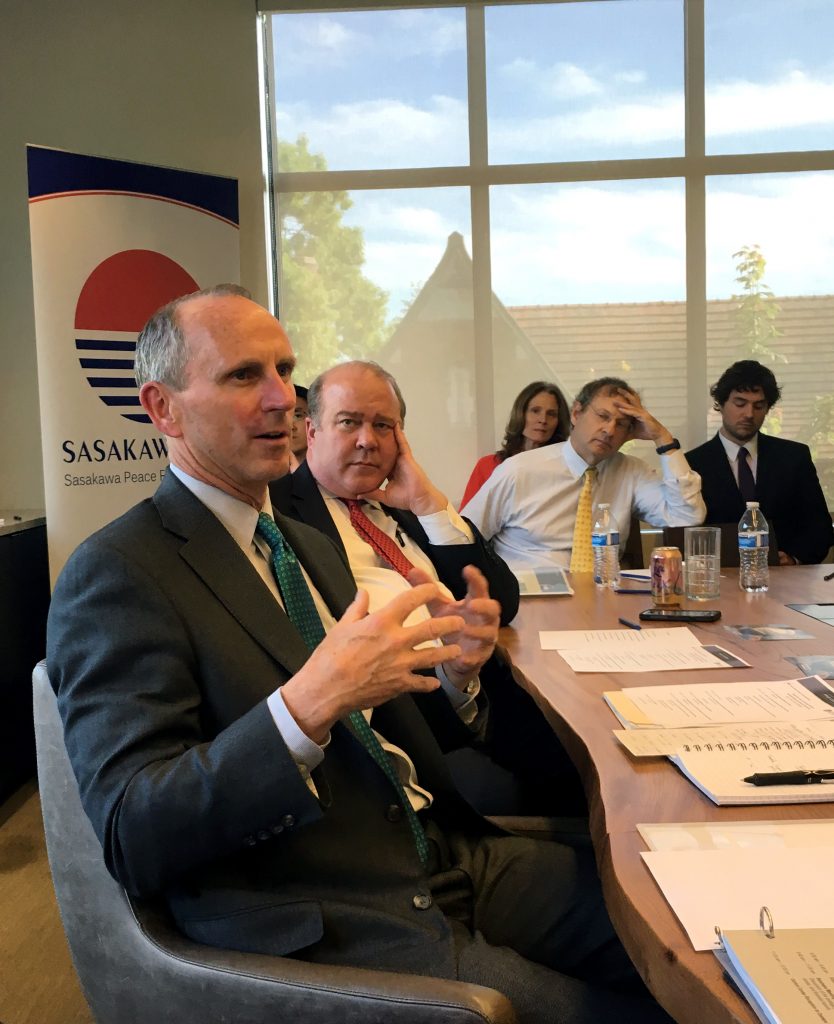 At a seminar held at NBR’s offices in Seattle on May 12, 2016, Sasakawa USA and The National Bureau of Asian Research looked back on the past 25 years of the U.S.-Japan relationship with an emphasis on the unlikely role of the Seattle Mariners.

In 1991, the team faced threats from then-owner Jeff Smulyan of a possible move to a new city when Senator Slade Gorton reached out to the late Nintendo chairman Hiroshi Yamauchi to buy the team. The purchase initially was opposed by Major League Baseball (MLB) owners, and coincided with the height of Japan bashing and fears over Japanese foreign direct investment in the United States. After months of negotiations led by Senator Gorton, the deal was approved as the first MLB ownership group led by a foreign investor.

The Mariners stayed in Seattle and have thrived for the past 25 years. This conversation was especially important, given the announcement on April 27 that a local Seattle ownership group will take over lead ownership of the team with Nintendo retaining a 10 percent stake. During the period of Nintendo’s majority ownership the value of the Mariners increased more than ten-fold, making it one of the top seven most valuable Major League Baseball teams in the U.S.

Senator Gorton spoke at the seminar, which took place after events at the Mariners baseball stadium earlier in the day. Panel topics included a personal account of the Mariners-Nintendo story as well as discussion on the evolution of American perceptions on Japan and Japanese perceptions of America; the U.S.-Japan partnership in Asia and beyond; the Trans-Pacific Partnership and bilateral economic issues; and the future of U.S.-Japan security relations.