On January 14, 2016 Sasakawa USA hosted a private conversation with Mr. Scot Marciel, Principal Deputy Assistant Secretary in the Bureau of East Asian and Pacific Affairs at the U.S. Department of State. This Sasakawa USA Speaker Series event included an off-the-record discussion on U.S.-Japan-ASEAN relations moving forward in 2016 in light of President Barack Obama’s December 30, 2015 announcement that the U.S. will host a historic summit with ASEAN leaders on February 14-15 to “further advance the Administration’s rebalance to Asia and the Pacific. 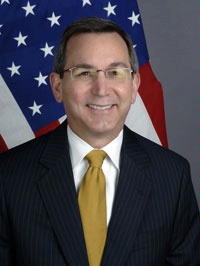 Scot Marciel began his term as Principal Deputy Assistant Secretary in August 2013, after serving for three years as U.S. Ambassador to the Republic of Indonesia. Mr. Marciel previously served as Deputy Assistant Secretary, East Asia and Pacific Bureau, responsible for relations with Southeast Asia, and as Ambassador for ASEAN Affairs. Mr. Marciel, a career member of the Senior Foreign Service, joined the State Department in 1985. His assignments included Director of the Department’s Office of Maritime Southeast Asia, Director of the Office of Mainland Southeast Asia, and Director of the Office of Southeastern Europe. Mr. Marciel also has served in Vietnam, the Philippines, Hong Kong, Brazil and Turkey, as well as in the Economic Bureau’s Office of Monetary Affairs. Mr. Marciel grew up in Fremont, California. He is a graduate of the University of California at Davis and the Fletcher School of Law and Diplomacy. 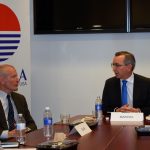 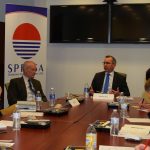