The Alliance Working in Utah: The Importance and Impact of U.S.-Japan Relations 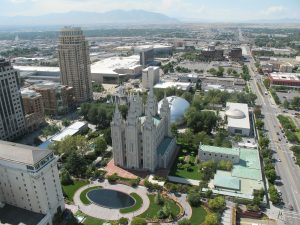 On March 10, 2020, Sasakawa USA co-sponsored a public panel discussion in Salt Lake City, UT,  with the Utah Council for Citizen Diplomacy and World Trade Center Utah. This event was held as part of The Alliance Working in America (TAWA) series.

The U.S.-Japan alliance not only plays a key role in ensuring Indo-Pacific security and prosperity but has also served as the foundation to strengthen economic, cultural, and various other ties between the two countries. How important is Japan as a partner of the United States and of Utah? A panel of experts featuring voices from Washington, D.C., Japan, and Utah convened in Salt Lake City to discuss the role and nature of the U.S.-Japan security alliance, plus the benefits it affords to both Americans and Japanese both in terms of national security and economic growth and stability.

Accommodating a wide variety of perspectives, Ambassador Zumwalt began the discussion with the fundamentals and history of the U.S.-Japan security alliance, highlighting the importance of continued U.S. engagement with Asia through and alongside Japan. Mr. Uozumi then transitioned to discuss Japan’s specific investments in Utah and emphasized the Beehive state’s growth and key sectors. Lastly, Lee Carter offered his perspectives on heading Rakuten Bank America, a Japanese business located in Utah. Afterwards, audience Q&A covered topics such as the U.S.-Japan trade deficit, Japanese leadership in trade negotiations, and the current U.S. willingness to engage with Asia.

Please see the below for photos and stay tuned for a full recording of the event.

*All times indicated in Mountain Time. 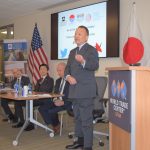 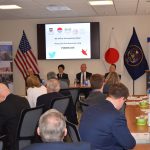 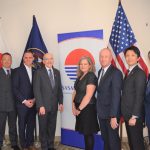 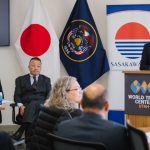 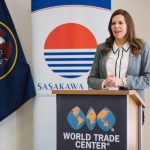 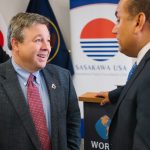