South Asia’s Development in the Context of China-India Rivalry 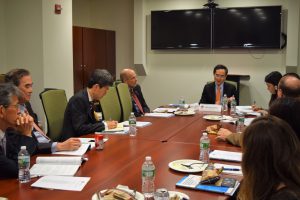 In his presentation, Nakazawa discussed the challenges that India and the seven surrounding countries in South Asia have faced in connecting with each other. While these countries, particularly India, have forged strong ties to other regions in Asia and in the world, intraregional trade and infrastructure have lagged, impeding trade and cooperation within the region. Nakazawa explained that while many countries in South Asia have been able to transfer power between ruling parties, corruption remains rampant in the region. To foster trust within the region, South Asian countries need to democratize further, not just in appearance, but substantially as well.

As these countries’ governments look to stabilize their hold on power, politicians have turned to promises of developing infrastructure and trade. Nakazawa explained that China and India have been jostling for power in relationships with Nepal, Sri Lanka, and the Maldives. While India has traditionally been the main power player in South Asia, China’s promise of funds and quick action have started to wear down India’s influence. However, Nakazawa warned of the concerns regarding Chinese financing of infrastructure projects in the region, which recently resulted in Sri Lanka giving China a 99-year lease on the Hambantota port.

Despite concerns, Nakazawa stressed that China and India’s rivalry may bring about good changes in South Asia by provided needed infrastructure that may improve regional connectivity. At the same time, he pointed out there is a risk that the China-India rivalry may prompt development where speed takes priority over quality decisions and quality construction.

During the discussion with participants, Nakazawa was asked about the current status of the China-India relationship. He acknowledged that 2017 was a rough year for the relationship, highlighting the border standoff at the Doklam Platea, but with a new foreign secretary in place in India there have been efforts to reduce tensions between the two. He pointed out that from India’s view, China is a significant trade partner, but its assistance to Pakistan is problematic.

Other questions focused on India’s relationship with countries such as the United Kingdom, Japan, and the United States; India’s ability to compete with China as a sponsor for development in the region; and prospects for increased India-Japan cooperation in infrastructure development in South Asia. 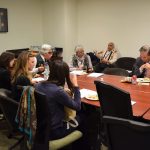 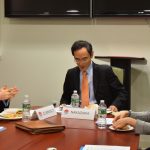 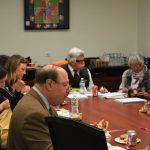 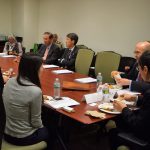 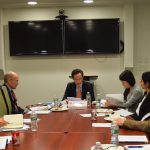 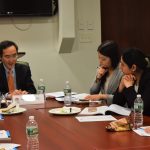