Second annual JUMP dinner: The Future of the U.S.-Japan Alliance 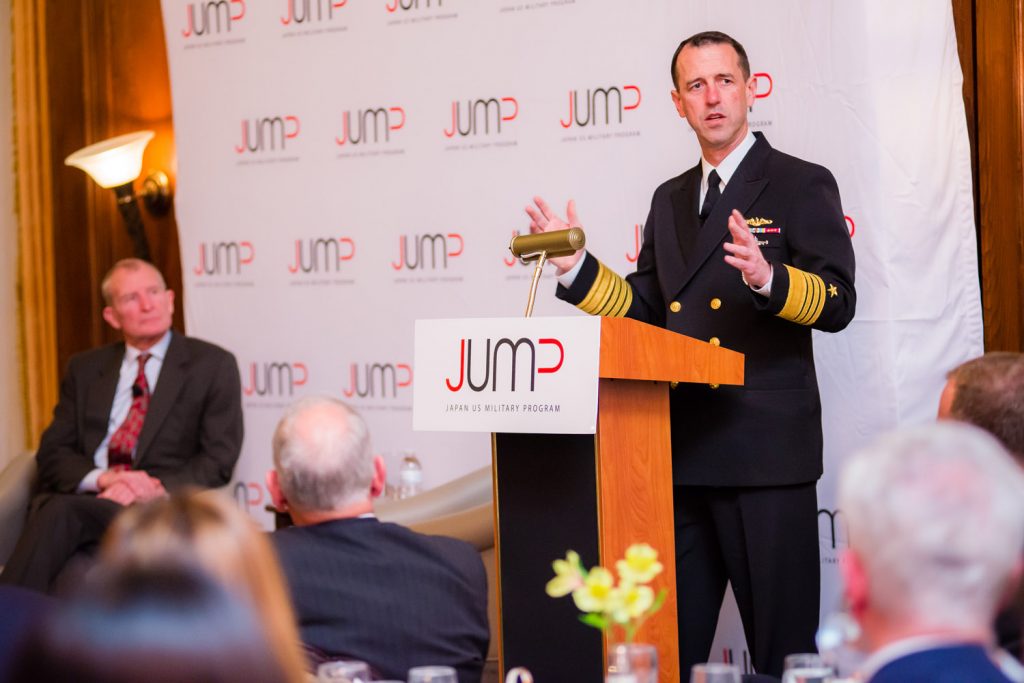 The Japan U.S. Military Program (JUMP) is a collaborative effort between Sasakawa Peace Foundation USA, the Embassy of Japan in the United States, and the National Association of Japan-America Societies. The program was launched in April 2015 and connects past and present service members, families, and government civilians who have served in Japan. Click here to join!

Read a full recap of the event and view the photo gallery here.