Report Roll-Out: U.S. Bases in Okinawa: What Must Be Done, and Quickly 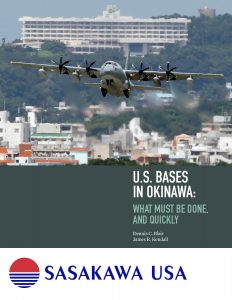 On January 14, 2016, Sasakawa USA celebrated the release of “U.S. Bases in Okinawa: What Must Be Done, and Quickly,” a new report co-authored by Sasakawa USA Chairman Admiral Dennis Blair and Fellow James Kendall, with a roll-out breakfast.

The report details four key recommendations that will allow for the relocation of American forces in Okinawa, and in doing so preserve the U.S.-Japan Alliance that has been strained by an increasingly caustic political situation.

The breakfast featured both Blair and Kendall, as well as Lieutenant General Wallace “Chip” Gregson, who authored the introduction to the report. These three experts spoke on the report’s findings and recommendations, the historical context surrounding U.S. bases in Okinawa and the political climate that continues to deteriorate on the island. 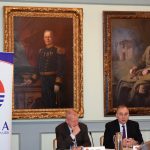 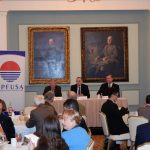 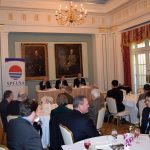