North Korean Diplomacy in the Era of Summits 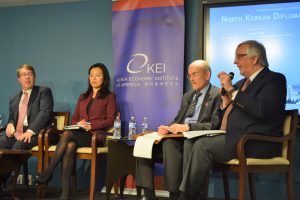 A key theme in the discussion was how to evaluate North Korea’s overtures to South Korea and the United States, including its declarations to denuclearize the Korean Peninsula and end the Korean War. “Both South Korea and the United States need to explore concrete first steps to test North Korean statements about denuclearizing,” Zumwalt said. Such steps should include allowing IAEA inspectors to visit the North’s testing sites, as well as goodwill gestures such as returning U.S. hostages, he said.

Mibae agreed, saying he believes the United States, Japan, and South Korea should test Kim Jong-un. “We need to become more action-oriented and not just posit about what Kim Jong-un is thinking.”

Pak argued that previous agreements with North Korea fell apart because the United States and other allies were not allowed to verify that North Korea was taking the promised steps towards denuclearization.

Pak said, “I want to see Kim do something irreversible,” Pak said, reflecting on the inter-Korean summit between North Korea’s Kim Jong-un and South Korean President Moon Jae-in. “I wished more demands were made of him.” At the same time, President Trump’s attitude towards reversing deals such as the Iran nuclear deal framework is a source of concern.

Snyder argued that Trump had taken the first step of asking North Korea to trust the United States by accepting the summit invite. However, Tokola warned that Kim’s idea of a time frame for North Korea to denuclearize could be very different from Trump’s, with the latter possibly wanting it done by 2020. Pak, Zumwalt, and Snyder were all in agreement that any discussion of removing U.S. troops from the Korean Peninsula or Japan was premature.

Panelists also discussed roles of other nations, particularly China and Japan. Zumwalt highlighted Japan’s need for progress on the issue of Japanese abductees held in North Korea as well as its desire for continued affirmation of its security alliance with the United States. Pointing to Prime Minister Abe’s recent visit to the United States, “Abe probably wanted to hear from President Trump that the U.S.-Japan security alliance is okay,” Zumwalt said. As for China, Tokola said that China’s main concern is maintaining its involvement in the summit process. However, he pointed out that Kim seeks to emulate his grandfather, who balanced Russia with China, so Kim may be moving to balance pressures from the United States and China.

Of interest during the panel discussion and audience Q&A was what the inter-Korean summit and future U.S.-North Korea summit could mean for Kim’s image back home. “[The inter-Korean summit] was historic, but when Kim crossed the border, he went from being a god to being a human,” said Snyder. “This comes with many risks.” Tokola argued that Kim made some concessions during the summit, admitting that North Korean roads were in bad shape. At the same time, he pointed out that Kim seemed focused on revisiting previous economic agreements in order to boost the North’s economy.

When asked how Kim could live up to his own standard, Pak again raised the issue of Kim’s sincerity and the importance of verifying his commitment. “North Korea doesn’t want people inside to see North Korea’s cheating…[It] needs a hostile power to maintain Kim’s power and “god-like” figure,” she said.

KEI published a video of the event on YouTube. 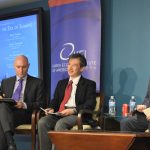 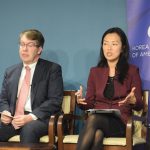 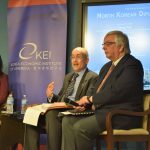 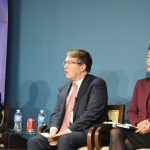 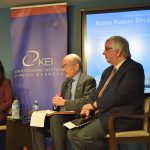 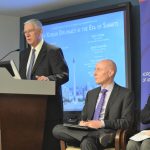