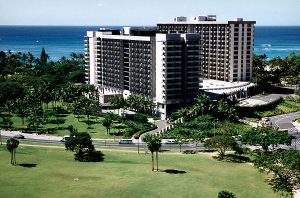 The Japan U.S. Military Program (JUMP) and the Japan-America Society of Hawaii hosted a day of learning and engagement along with U.S. service members who have served in Japan, Japanese officers of the Japan Maritime Self Defense Force and members of the community with an interest in U.S.-Japan defense and security issues.

The event started with a lecture on United States and Japan defense and security at Hale Koa Hotel in Honolulu, and was followed by lunch at the hotel. There was then a panel discussion and Q&A on Northeast Asia security issues at the Daniel K. Inouye Asia Pacific Center for Security Studies (APCSS).

• 10:30am | U.S. Military keynote speaker on US and Japan defense and security at Hale Koa
• 11:30am | Lunch at Hale Koa
• 1:00pm | Panel discussion on Northeast Asia security issues at APCSS

The Japan U.S. Military Program (JUMP) is a collaborative effort between Sasakawa Peace Foundation USA, the Embassy of Japan in the United States, and the National Association of Japan-America Societies. The program was launched in April 2015 and connects past and present service members, families, and government civilians who have served in Japan. Click here to join!