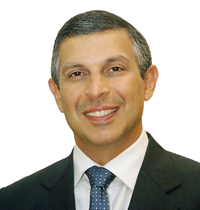 r Mirpuri took up his appointment as Singapore’s Ambassador to the United States in July 2012. Prior to that, he served as Ambassador to Indonesia from 2006 to 2012, High Commissioner to Malaysia from 2002 to 2006 and High Commissioner to Australia from 2000 to 2002. A career diplomat, Mr. Mirpuri joined the Ministry of Foreign Affairs in 1984. In 1994, he was appointed Director of MFA’s Policy Planning & Analysis Directorate for Southeast Asia. In 1997, Mr Mirpuri was seconded to Shell International Ltd in the United Kingdom as Corporate Advisor for the Asia Pacific. Mr Mirpuri graduated with honors from the National University of Singapore. He received his MA at the University of London’s School of Oriental & African Studies.