On November 6, 2017, Sasakawa USA held an Alumni Roundtable Dinner as part of Sasakawa USA’s Japan Alumni Program for a discussion on “Japanese Technology, Economics and Society: Implications for Climate Change and Clean Energy.” The discussion featured Umair Irfan, Staff Writer at Vox, and Jane Nakano, Senior Fellow for the Energy and National Security Program at Center for Strategic and International Studies (CSIS). Mr. Irfan, as the first recipient of Sasakawa USA’s Journalism Fellowship in December 2016, reflected on his reporting in Tokyo, Fukushima, Kanazawa, Kyoto, and Nagoya in discussing his views on Japan’s place in the energy world.

In particular, Mr. Irfan delved into the correlation between Japan’s economic decline and its energy policy, how Japan responds domestically and internationally to energy and climate change issues, and how U.S. actions affect how Japan tailors its energy policy. Ms. Nakano then commented on Mr. Irfan’s thoughts to further draw out the importance of the March 11 disaster in Fukushima and how it affected Japan’s energy mindset. Ms. Nakano also discussed Japan’s other options in terms of clean and renewable energy sources. On the subject of clean and renewable energy, the discussion centered on a recent trend with Japanese automakers exemplified by Toyota’s move to hydrogen-powered cars such as the Mirai, the potential for a hydrogen highway between Kobe and Tokyo, and Fukushima’s desire to become 100% hydrogen-powered.

This event allowed our attending alumni to further their knowledge of U.S.-Japan relations by hearing from renowned experts and to reunite and engage with fellow Sasakawa USA alumni in the form of an informal networking dinner and discussion.

The Sasakawa USA  Japan Alumni program includes individuals who have participated in a Sasakawa Peace Foundation or Sasakawa USA-led delegation trip to Japan or have worked with Sasakawa USA on joint projects. The program is also open to significant players in the U.S.-Japan community such as the JET program alumni. 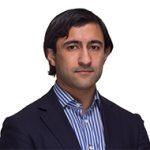 Mr. Umair Irfan is a staff writer at Vox and previously covered the Department of Energy, technology, research and health for ClimateWire. He has written about the rise and fall of tech companies, infectious disease outbreaks and grid-level energy storage. He completed his bachelor’s degree in biochemistry in 2008 and his master’s degree in journalism in 2011. Umair was the first recipient of Sasakawa USA’s Journalism Fellowship. On his trip to Japan in December 2016, he reported on the country’s role in the global energy market, looking at how Japan is dealing with nuclear power, how manufacturers like Toyota and Mitsubishi are bringing clean technology to market, and the lessons the United States can learn. To achieve this, he held multiple interviews in Tokyo, Fukushima, Kanazawa, Kyoto, and Nagoya with professors, government officials, researchers, and industry. 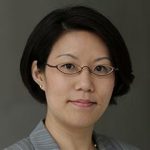 Jane Nakano is a senior fellow in the Energy and National Security Program at the Center for Strategic and International Studies (CSIS). Her areas of expertise include U.S. energy policy, global liquified natural gas (LNG) markets, global nuclear energy trends, and energy security issues in Asia. She frequently writes and speaks on these issues at conferences in the United States, Asia, and Europe and to the media around the world. She has also testified before Congress on U.S. LNG exports. Prior to joining CSIS in 2010, Nakano worked in the Office of Policy and International Affairs in the U.S. Department of Energy (DOE), where she covered a host of energy, economic, and political issues in Asia. Among others, she was responsible for coordinating DOE engagement in the U.S.-China Strategic and Economic Dialogue. From 2001 to 2002, she served at the U.S. embassy in Tokyo as special assistant to the energy attaché. Nakano graduated from Georgetown University’s School of Foreign Service and 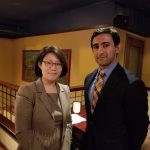 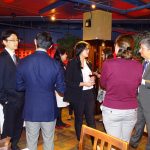 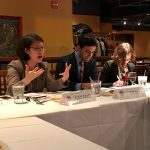 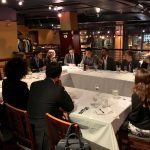