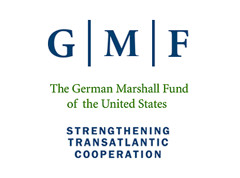 With common democratic, economic and global objectives, the relationship between Europe and Japan is dynamic and growing. When viewed within the scope of Asia and in the context of U.S. relations with Asia, however, many complexities begin to emerge around the relationship.

Sasakawa USA partnered with the German Marshall Fund of the United States (GMFUS) to co-host its second iteration of the Sasakawa USA: Views of Japan Series. The event, “European Views on Asia and Japan:  A Relationship in Need of Engagement?” took place on Wednesday, May 31 from 2:30pm-4:30pm.

This event featured Ambassador Volker Stanzel, who shared his perspectives as the former German Ambassador to Japan and China on the state of European engagement in Asia and with Japan. Ambassador Stanzel also participated in a discussion with Mr. Phillipe Le Corre on China as a factor in the relationship, dynamics of the U.S.-Asia-Europe relationship, and much more. The discussion was moderated by Dr. Daniel Twining, Counselor and Director of the Asia Program at GMFUS.

The Sasakawa USA: Views of Japan Series explores perceptions on Japan in other regions around the world. The first event of the series, “Japan and Africa: Regional Views and U.S.-Japan Cooperation,” was held on April 4th, 2017 and explored Japan’s engagement in Africa and the potential for greater U.S.-Japan cooperation on the continent.

Click here to view the full agenda and speaker bios.

Click here to read a recap of this event.