Prime Minister Kishida and President Biden met virtually on January 21, 2022. (Official Website of the Prime Minister of Japan and His Cabinet)

Dr. Gerald Curtis, Professor Emeritus of Political Science at Columbia University, gave friendly advice to Prime Minister Fumio Kishida last November, when Mr. Kishida tried his best to have a customary photo op with President Biden at the White House following his assumption of the Prime Minister’s office. Dr. Curtis advised that Prime Minister Kishida should aim for a “substantive, frank, and well-planned U.S.-Japan summit” focusing on major diplomatic, security, and economic issues between the two countries, instead of a superficial, mechanical, hurriedly-planned photo op mainly to show the Japanese public that the newly minted Prime Minister is well-regarded by the U.S. President.[1]

Of course, real symbolism is important in U.S.-Japan relations, particularly, in terms of personal rapport between the leaders of these two countries. But the Japanese media seems to place too much emphasis on perfunctory symbolism, such as whether a Prime Minister is welcomed at the White House soon after he or she assumes the office, whether these two leaders in the U.S. and Japan are on a first name basis, or whether the U.S. President visits Japan first when he makes a trip to Asia.

It is crucial for Prime Minister Kishida because Japanese citizens have become increasingly concerned about the security environment surrounding Japan. China, which is the biggest concern, has become ever more assertive about their territorial ambition by flexing their military might in waters near Japan. North Korea has resumed its adventurous missile launches with total disregard for international norms. Russia, which is now a junior partner of China, acts directly bellicose towards Japan. Under such circumstances, it is only natural that Japanese citizens would like Prime Minister Kishida to manage well Japan’s relationship with the U.S.

However, while Prime Minister Kishida’s approval rates are mostly remarkably high in the major polls, such as 64% in the latest Nikkei polls, he has not been perceived as a strong leader in national security.[4] Prime Minister Kishida is well-versed in international affairs and knows the importance of defending Japan, as he was the longest serving Foreign Minister from 2012 to 2017. However, he has not clearly let Japanese citizens know his views and policies regarding critically prominent issues on Japan’s security and foreign affairs.

Obviously, managing complicated security and foreign relations issues of a nation requires measured and realistic views, rather than a simple dichotomy of “hawkish views” and “dovish views.” However, Prime Minister Kishida needs to present his security views clearly to Japanese citizens and President Biden’s trip to Japan provides him the best possible chance to do so, so far, in his young administration. The timing of President Biden’s trip is such that if the Japanese public see Prime Minister Kishida manage its relationship with the U.S., and the U.S. in turn helps Japan navigate increasingly dangerous nearby waters, it will certainly influence positively the critically important Upper House election in July.

In terms of international context, Prime Minister Kishida has an opportunity to establish himself as an influential global leader by letting the world know of his trusted relationship with President Biden and advantageous hosting of the Quad meeting of Australia, India, Japan, and the U.S. Needless to say, China, North Korea, Russia, the ASEAN member nations, and European countries are carefully monitoring President Biden’s May visit, as well as a forthcoming Quad leaders meeting in Japan.

If Prime Minister Kishida establishes rapport with President Biden by having a frank and meaningful discussion on critically important issues of national security, foreign affairs, economy, trade, and investment, it will certainly make him feel more confident and increase his stature at the Group of Seven (G7) summit scheduled to be held from June 26 to 28 at Schloss Elmau in Germany’s Bavarian Alps. In fact, former Prime Minister Abe maximized his good chemistry with former U.S. President Donald Trump to boost his international stature. Prime Minister Kishida might borrow former Prime Minister Abe’s playbook by creating a close personal relationship with President Biden.

Prime Minister Kishida has just left Japan to take advantage of “Golden Week,” the longest Japanese holiday period from April 29 to May 5. On this trip abroad, he is scheduled to visit Indonesia, Vietnam, Thailand, Italy, and the U.K. in eight days. He will have, essentially, a non-stop schedule until the Upper House election in order to win a three-year term as Prime Minister.

[2] “Statement by Press Secretary Jen Psaki on the President’s Travel to the Republic of Korea and Japan,” White House, April 27, 2022, 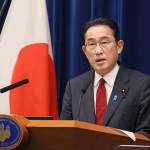 Is a Grand Kochikai Possible?

Prime Minister Kishida Must Solidify Strong Support from Within the LDP 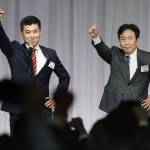 The Continuing Predicament of Japan’s Opposition

Dr. Ko Maeda, Associate Professor of the Department of Political Science at University of North Texas The election for Japan’s House of Representatives on October 31, 2021, resulted in the fourth straight general election victory for the ruling coalition of the Liberal Democratic Party (LDP) and Komeito. Although the coalition reduced its seats from the

Dr. Satohiro Akimoto, Chairman and President of Sasakawa Peace Foundation USA It will be three months on January 3, 2022, since Prime Minister Fumio Kishida, president of Japan’s ruling Liberal Democratic Party (LDP), was elected as the nation’s 100th prime minister on October 3, 2021. It was somewhat an awkward and unsure start for Prime