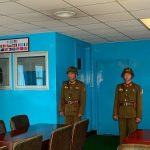 The 2015 defense white paper, compiled by the Japanese Ministry of Defense titled “Defense of Japan 2015,” highlights Tokyo’s growing concern over the radicalization of North Korea’s military in the face of Kim Jong-un’s personnel politics, including the dismissal of a number of senior military officers and the execution of Vice-Chairman Jang Song-thaek.

Japan’s ruling Liberal Democratic Party (LDP) on Friday set a date for a party leadership election that Prime Minister Shinzo Abe is bound to win, effectively assuring him of staying leader of the world’s third-largest economy. All seven factions within the party supported Abe and there were no signs he would face a contender in 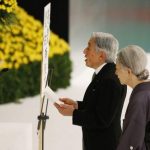 Japan has lodged a protest with China over a call by China’s Xinhua state news agency for Japan’s Emperor Akihito to apologize for its past military aggression, a Japanese government spokesman said on Friday. 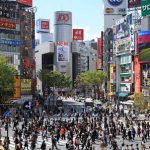 Consumer prices in Japan were unchanged from a year earlier in July, underscoring the struggle the Bank of Japan (BOJ) faces in achieving its 2 percent inflation target and building the case for additional monetary stimulus. 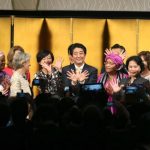 Japanese lawmakers approved a law Friday requiring large employers to set and publicize targets for hiring or promoting women as managers. The law approved by a vote of 230-1 in the House of Councillors is intended to promote greater gender equality and counter labor shortages that are arising as Japan’s population ages and declines. The