Fellow for Economy, Trade, and Business 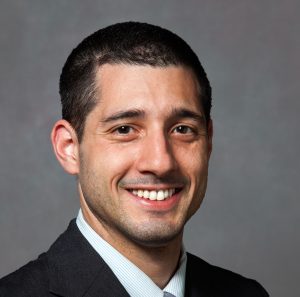 Tobias Harris is the Fellow for Economy, Trade, and Business at Sasakawa Peace Foundation USA. He is also an analyst of Japanese politics and economics at Teneo Intelligence, a political risk advisory firm.

Harris has written about Japanese politics for publications including the Financial Times, Wall Street Journal, and Foreign Affairs and regularly provides on-air analysis for CNBC, Bloomberg, and other networks. In 2006-2007, Harris worked on the staff of Keiichiro Asao, at that time a member of the upper house of the Japanese Diet and shadow foreign minister for the Democratic Party of Japan, for whom he conducted research on foreign policy and Japan’s relations with the United States.

He earned an MPhil in International Relations from the University of Cambridge and a bachelor’s degree in Politics and History from Brandeis University. Harris has also conducted graduate research at the Massachusetts Institute of Technology and, from 2011-2012, at the Institute for Social Science at the University of Tokyo as a Fulbright scholar. 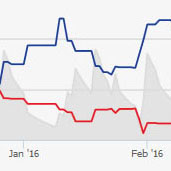 Abe avoids the FTA trap at Mar-a-Lago, but U.S. pressure on Japan likely to mount

Japanese Prime Minister Shinzo Abe’s meetings with U.S. President Donald Trump on April 18 and 19 were unusually unpredictable for a summit between the leaders of the longtime allies, which are usually carefully choreographed with little left to chance. Much of the uncertainty was due to the Trump administration’s determination to reduce its bilateral trade deficits with major trading partners.

This paper is the first section in a series called “Understanding Abenomics,” which will explore the intellectual and institutional drivers of Abenomics; what the Abe government has achieved in monetary, fiscal, and industrial and microeconomic policy; and the debates surrounding what Abenomics has achieved and what economic policy will look like after Abenomics.

The Bright Side of Japan’s Bleak Election

“On paper,” writes Fellow for Economy, Trade, and Business Tobias Harris in an October 25 op-ed for New Republic, “it looks like Japan’s October 22 general election was more of the same.” Despite the successes of the October 22 election for the Liberal Democratic Party and Komeito, says Harris, this election may be a turning point for Japan.

Japanese Prime Minister Shinzo Abe has repeatedly shown a willingness to take calculated risks to advance his goals. Now he is preparing to run his greatest risk yet — a snap election scheduled for Oct. 22 — that Abe is calling not from a position of strength, but his opponents’ position of weakness,